As the blog by Eckhard and Francis on 19 January spelt out, winter can be a challenging time for grey partridge and other farmland wildlife. The modern farmed landscape is usually low on food and shelter that our wildlife needs – especially now as we come to the coldest period of the year when demand for food is at its highest but resources are all but exhausted, and any vegetation that started the winter months tall and strong is likely to now be battered and flattened. This is why the help that farmers can give in the form of seed-bearing cover crops and supplementary food (from hoppers or broadcasting, etc.) can have a huge impact.

Such measures are a key part of some European agri-environment schemes (AES), which provide support payments to help farmers implement them. They are also a crucial part of the Interreg North Sea Region PARTRIDGE project which is demonstrating some novel types of cover crop at ten sites across northern Europe in an attempt to persuade policy makers of their huge benefits so that they might be included in more European AES.

Some of these benefits were graphically illustrated recently during visits to the two Scottish demonstration sites, Balgonie in Fife and Whitburgh in Midlothian, with some huge flocks of seed-eating birds using the PARTRIDGE cover crops. One patch in particular at Balgonie was hosting at least 1000 birds, which as far as I could see were mostly linnets and goldfinches – quite an impressive sight and sound! This was repeated on a slightly smaller scale at a number of other plots visited at both sites, with hundreds of birds often present.

Naturally, I couldn’t capture on video the large flock, but did manage to get some footage, shown below of one of the smaller flocks of linnets flushed from a different cover crop, as they patiently waited for me to get out of the way so they could return! On top of this some nice coveys of grey partridge were also using the same habitats, which we have managed to capture on our trail cameras from time-to-time, which is very encouraging. Our spring counts will tell us how well they have survived the winter.

Counting the birds is the only way to have any realistic idea of what is present and we hope that many of you will join in with the forthcoming Big Farmland Bird Count that GWCT are organising across the UK. This is an opportunity to count birds on a patch of ground and highlight just how much wildlife can be present when the right management is put in place – as shown at Balgonie and Whitburgh for example. We will be conducting counts at our sites, so why not see if you can beat our totals?! 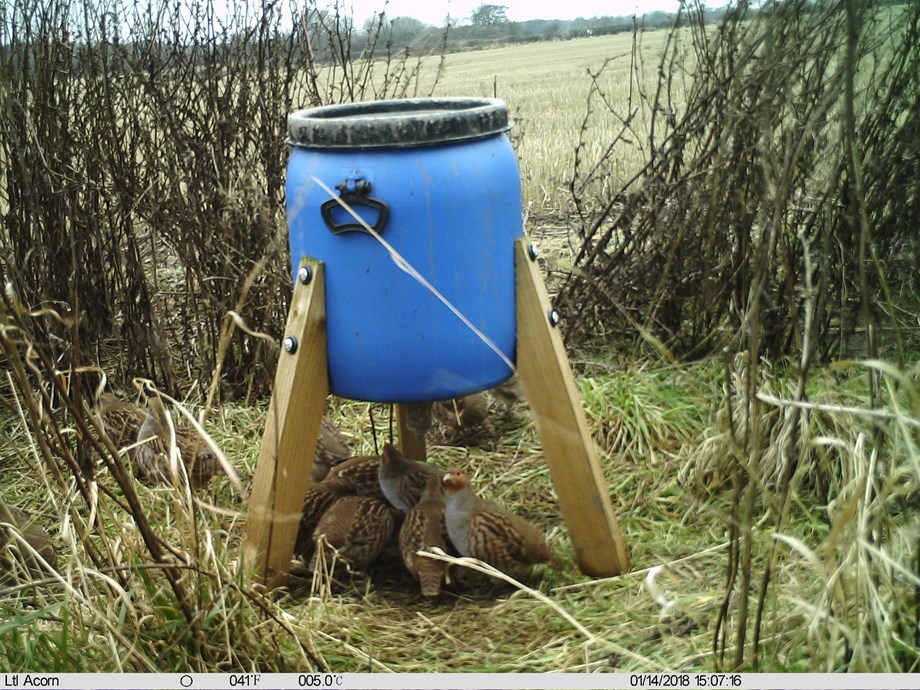