For a number of years, PARTRIDGE site Balgonie Estate has been working hard to establish high quality habitat on 7% of the demonstration area.  This year, the farm is taking part in some new projects which it is hoped will influence the development of crop practices in the future, particularly when it comes to biodiversity.

As many farmers in the UK will remember, the 2019-20 winter was extremely wet, with the wettest February ever recorded.  This was followed by the driest April on record, leading to a detrimental impact on the establishment of winter crops, and resulted in large areas of weeds or bare ground.  This was also the case at Balgonie, with low-lying areas of fields containing winter wheat particularly affected.

Rather than leaving these areas bare, the farmer (John) chose to sow a pollinator mix, something he already does round the outside of his potato fields each year.  This has benefits both for biodiversity and the farmer.  The resulting habitat provides a valuable resource for pollinators but also for other wildlife, with several species of birds seen using them as a nursery for their recently fledged young, including sedge warblers, goldfinches, sparrows and linnets.  These patches act as an oasis, with large monoculture fields generally providing little in terms of insect food outside of field margins. 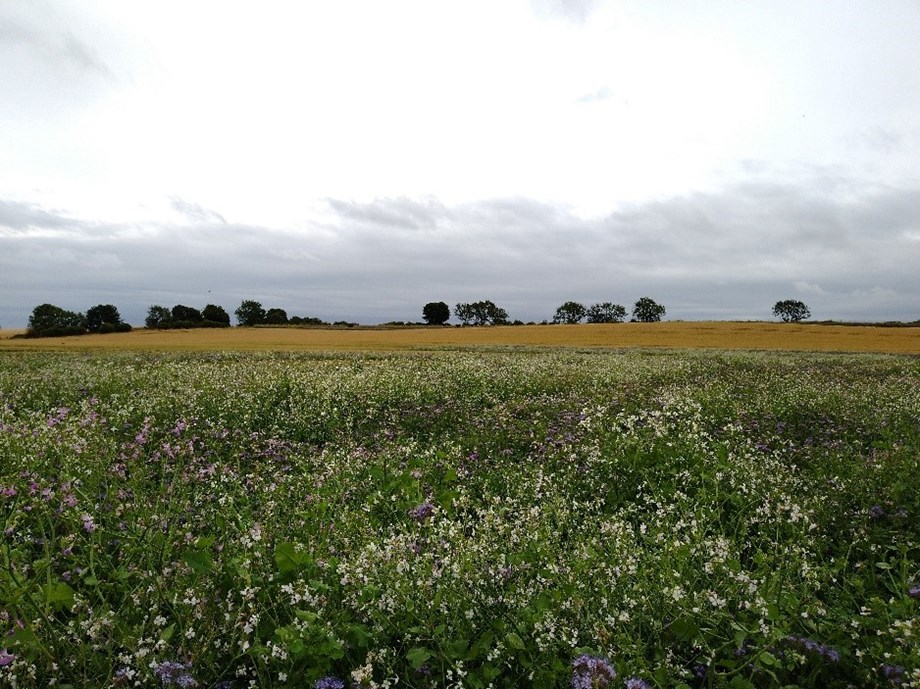 However, there are also benefits for the farmer.  With species in the mix including crimson clover, linseed and fodder radish, this allows soil nutrients to be replenished.  This mix was carefully chosen, with crop type, seasonality and previous pesticide application taken into account.  This measure is a relatively simple one to establish, and with benefits for biodiversity and the farmer, John has been really impressed with how it has turned out.

Another measure which is being tried for the first time is sowing various mixes in potato tramlines.  These areas are usually left unsown (see picture), with only a few hardy weeds able to utilise the space. Rather than leave these areas unused, this year Balgonie has worked with Scottish Agronomy and AHDB and planted these tramlines with various mixes. 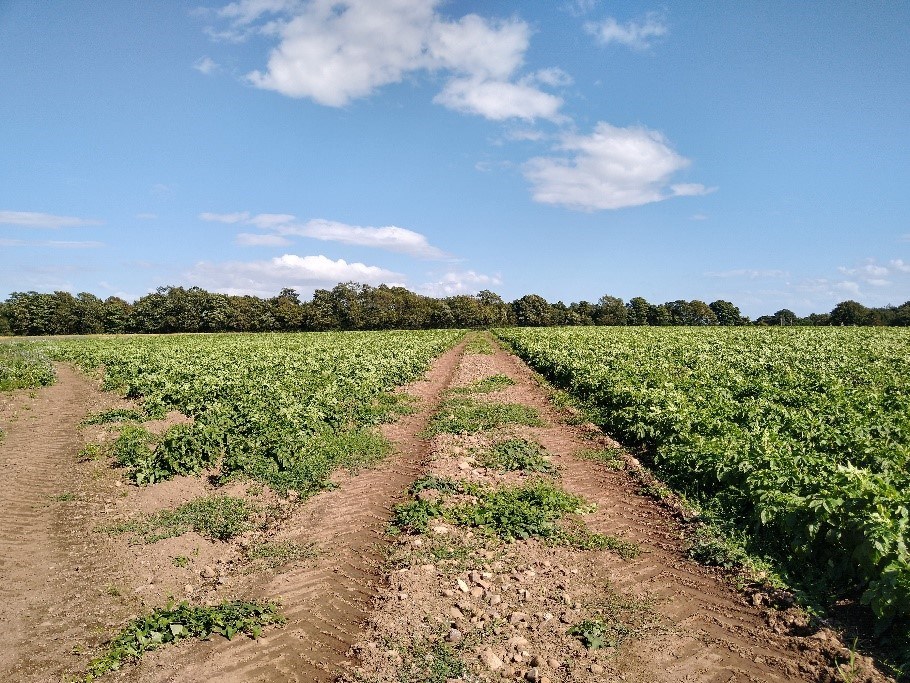 The primary aim of these strips is to increase the number of naturally occurring insect predators.  This includes species such as ladybirds, lacewings and ground beetles.  The strips also provide additional habitat for other forms of biodiversity, particularly pollinators.  By increasing the number of natural predators, it is hoped that the amount of insecticides can be reduced, with better results for biodiversity and the farmer’s wallet.  We are currently undertaking insect sampling of these strips and hope to report back on these results later in the year. 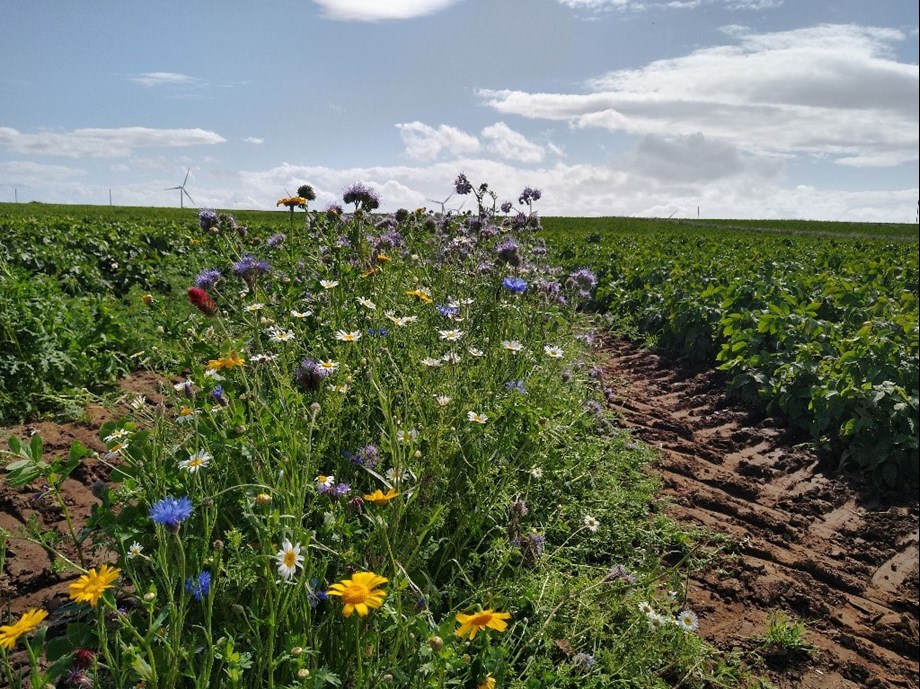 Another research project that is currently being undertaken at Balgonie is SEAMS (Sustainability in Education and Agriculture using Mixtures). This is a trial collaboration being run by the James Hutton Institute and managed at Balgonie by Scottish Agronomy, and funded by the Esmée Fairbairn Foundation.  This project is aiming to develop crop species mixtures as a sustainable cropping system for Scotland.  Although these mixes are not new, the practicalities of them are poorly understood.  Potential benefits could include increased yield, reduced inputs, increased invertebrates, integrated pest management as well as improved soil structure.  This project shares many similar goals to PARTRIDGE, and we look forward to seeing their findings. 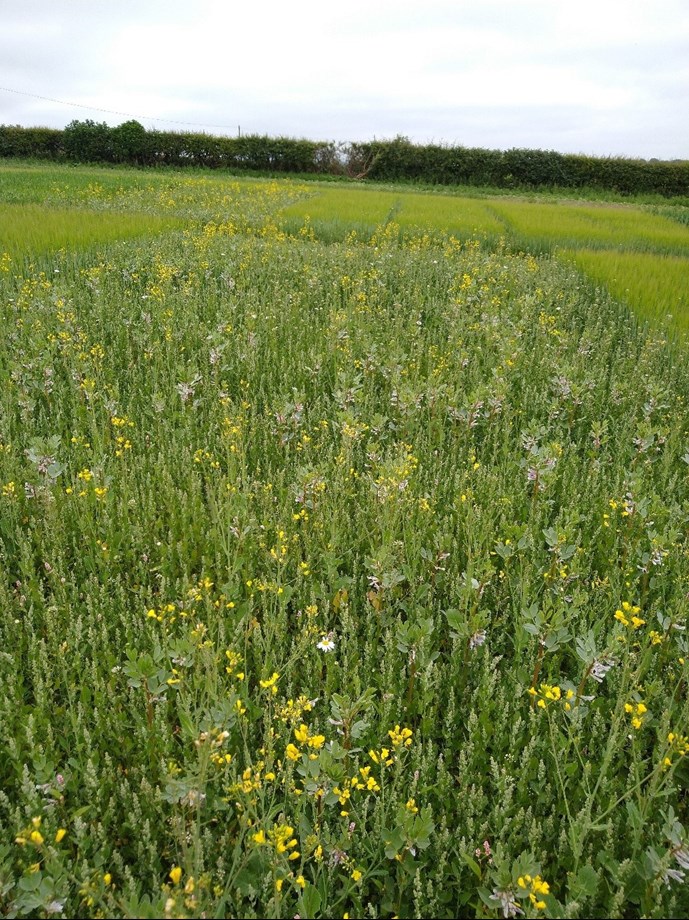