Scottish demonstration sites show what farmers are doing for wildlife

This year’s Big Farmland Bird Count was bigger than ever. Well, it feels that way anyhow with lots of people talking about it, plenty of chat on social media and more people, I think, carrying out their own counts. The GWCT team in Scotland were also keen to get involved and so we conducted counts on all three demonstration farms north of the border that we are involved with. These are Whitburgh in Midlothian, Balgonie in Fife and Auchnerran all the way up in Aberdeenshire. The first two are part of the PARTRIDGE project, supported by the EU’s Interreg North Sea Region fund, whilst the Trust are tenant farmers at Auchnerran which is our very own Scottish demonstration farm. 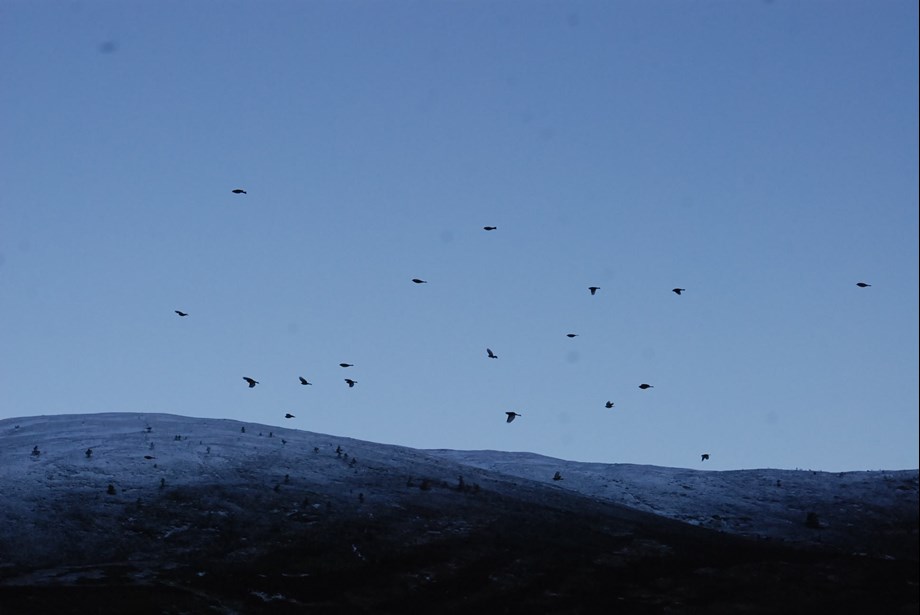 The PARTRIDGE project aims to show which measures can help Grey Partridge and other farmland wildlife, and both Whitburgh and Balgonie have introduced large areas of new cover crops. We hope that this will lead to improvements in future agri-environment schemes. Similarly at Auchnerran, we have made some habitat improvements as part of our plan to blend farming, shooting and conservation, with new game crops an important feature supporting our small wild shoot. On all three sites our monitoring has suggested impressive numbers of birds making use of these resources and these habitats are where our counts were focused. 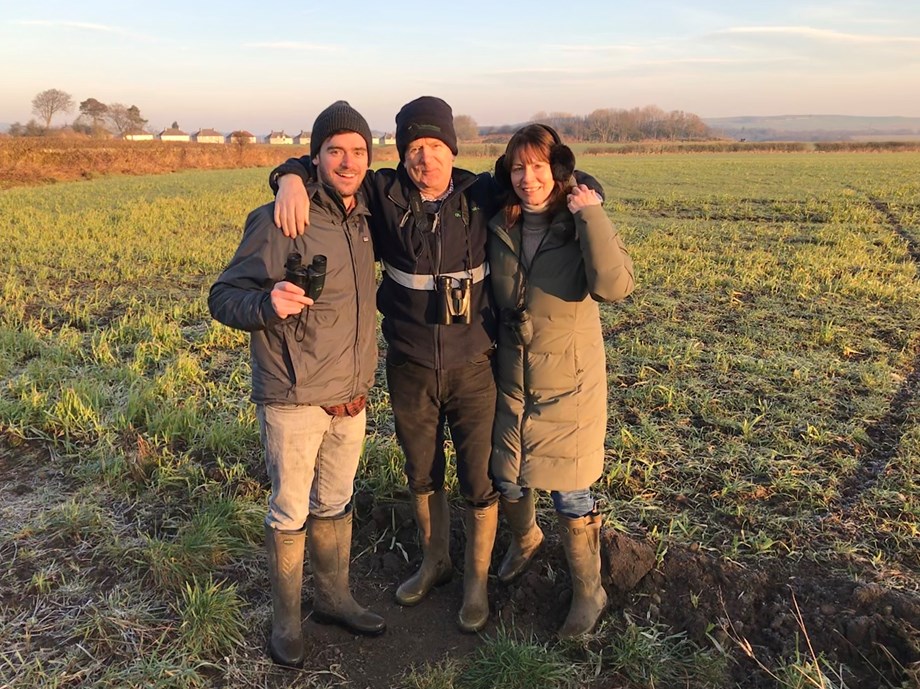 The Drysdales enjoying counting in the sun at Balgonie!

Fortunately the weather was pretty good for all the counts and the three teams taking part enjoyed comfortable conditions (last year’s count at Whitburgh took place in the midst of a bighting wind and driving sleet!). This year at Whitburgh Fiona was joined by Graham Rankine, the keeper, and they were fortunate enough to see 30 Tree Sparrows, whilst in Aberdeenshire Marlies and our students, Katherine and Beth, were lucky enough to see an early flock of 60 Lapwing: hopefully these are some of our 70+ pairs returning to breed this year. At Balgonie, in glorious sunshine, the Drysdales and I had an impressive haul of 13 species, which included around 100 Linnet. All together we saw 529 birds comprising 25 species, with some of the highlights being (as well as those already mentioned) Goldfinch, Brambling and Grey Partridge. This is a fantastic total and highlights how birds can respond when the right habitats are created on farmland. And let’s not forget the creation of such habitats takes a good deal of time and effort which shouldn’t be overlooked and is just one of the great measures many farmers are taking to boost wildlife.