Could a farm walk led by a dry swiss scientist and organized by a South-East National Farmers Union (NFU) Communications Adviser lead to a deeper understanding of the meaning of farmland wildlife conservation? You can ask the participants of the farm walk at the Rotherfield demonstration site, because they got to witness how entertaining and informative such an event could be.

On Thursday 27th September Dr Francis Buner from the Game and Wildlife Conservation Trust, along with Joe Edwards (farm manager of Rotherfield farms), Harold Makant (Natural England) and Tim Furbank (game cover seed supply specialist for Oakbank Game and Conservation) led members of the NFU to a farm walk to show how conservation and farming can go hand in hand. The guests came as far as Sussex and Wiltshire, along with local farmers. 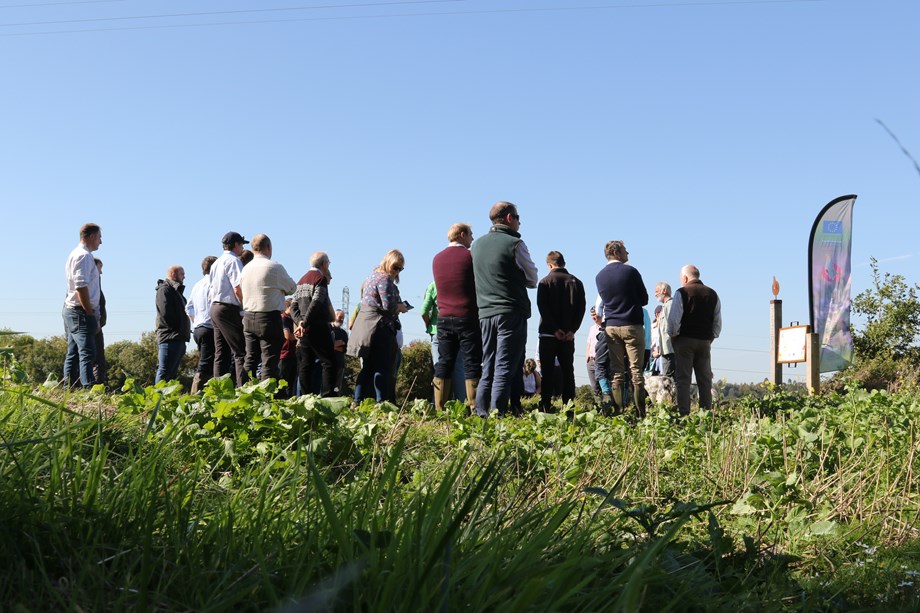 Thanks to the NFU, the GWCT was able to engage with a group of farmers who were not previously aware of the PARTRIDGE project and the conservation measures they implemented at their Rotherfield demonstration site. As a pair of red kites circled overhead and a covey of partridges took cover in a nearby hedge, Francis explained the importance of wild bird seed mixes, flower strips and beetle banks as sources of food, cover and nesting habitat for reversing the decline in farmland wildlife. This was then met with a range of questions from the farmers e.g.:

Q.: How can agro-forestry play its role in grey partridge friendly farm management?

A.: The grey partridge and many other farmland birds are former inhabitants of grass steppes and therefore not adapted to living in a landscape with many trees. Although agro-forestry is beneficial for a variety of wildlife, it is not suited as a measure to reverse the decline of red-listed farmland specialists such as skylarks or partridges.

One of the take home messages of the informative farm walk led by the local expert team, was the possibility to let farmland wildlife rise by 30% by converting 7% of high quality arable farmland into measures available in the current English agri-environment schemes. Whilst the grey partridge is the focus of this project, all management measures implemented at Rotherfield also benefit many other farmland songbirds, mammals, invertebrates and rare plants, improving biodiversity in the area overall. 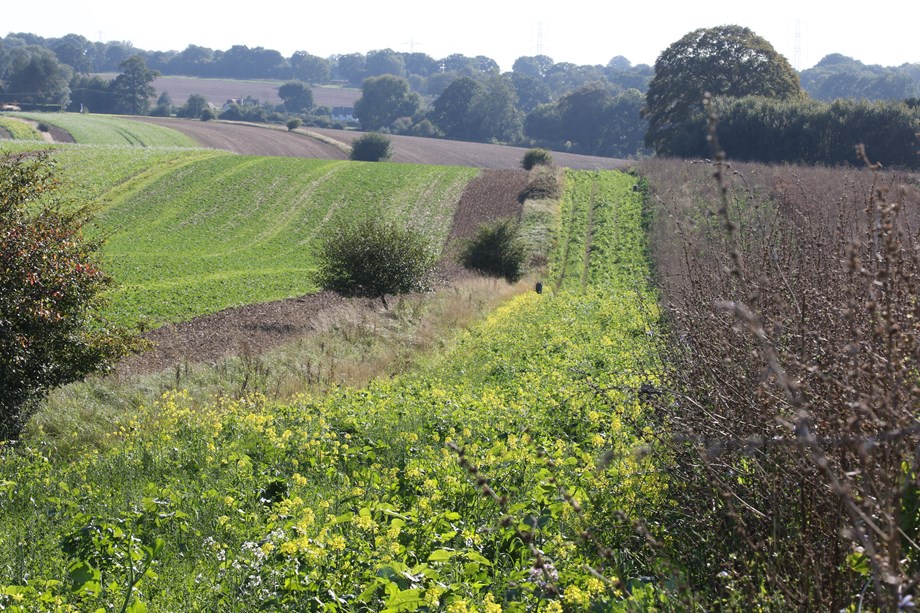