Through the measures within our PARTRIDGE-project, we want to achieve a 30% increase in biodiversity. In doing so, we mainly focus on wildlife species in arable landscapes. Dutch research has already shown an increase in insect species due to beetle banks and flower blocks are good news for insects generally. At our Dutch demonstration site Oude Doorn, also the number of breeding bird species has increased, from 65 species in 2017 to 82 species in 2019. Farmland birds such as the Pheasant, Linnet, Goldfinch and Meadow Pipit appear to have doubled in numbers. However, more years of monitoring are needed to show a significant increase compared to our reference site.

As more food becomes available to wildlife at our demo site in the form of seeds and flowering plants, it increases insect and smaller bird numbers. As expected, this also attracts species higher up the food chain, such as Goshawk, Peregrine Falcon, Marsh Harrier, Hen Harrier, Long-eared owl, Short-eared owl and Barn owl. At Oude Doorn, raptors and owls are now seen more often during bird and hare surveys than at project begin. The increase of prey abundance at our demo area is expected to particularly help the Common Kestrel and Marsh Harrier, bringing a huge conservation achievement, as their breeding success is currently decreasing in the Netherlands.

The increase in birds of prey is an excellent result for farmland biodiversity as they are important predators, feeding at the top of the food chain. Birds of prey also attract birdwatchers and photographers. However, our main indicator species including, the grey partridge, skylark and hares, are likely to be targeted by these predators. Therefore, the diverse habitat structure from our PARTRIDGE flower blocks and the additional plantation of new hedges, provide increased food resources for predators on the one hand, while offering suitable cover to minimise the rate of predation of our indicator species on the other. It’s a difficult balance to strike, but we are convinced it works.

Edited by Molly Crookshank and Francis Buner, The Game and Wildlife Conservation Trust

All photos were taken at our two Dutch demonstration sites. 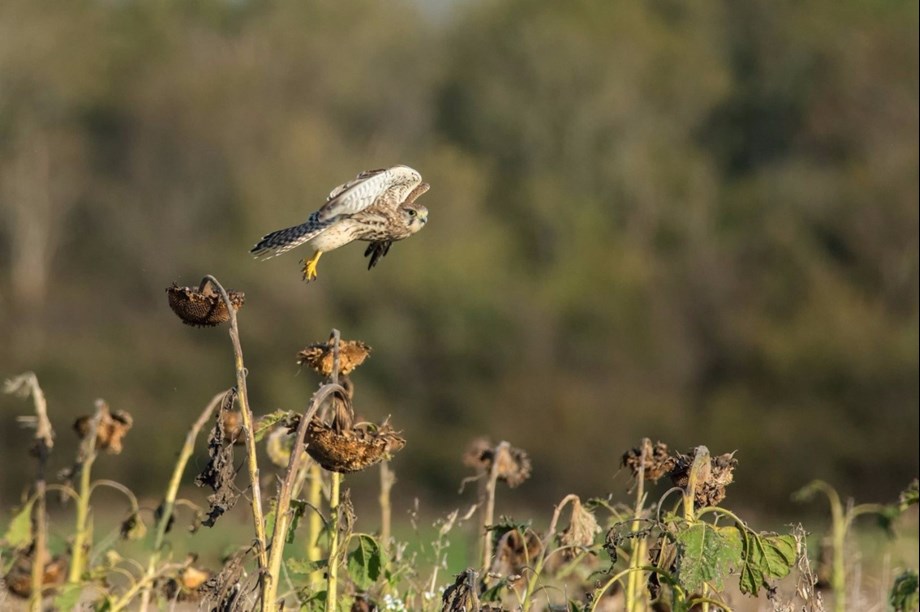 A Kestrel female taking off from a sunflower, one of the winter seed food components of our PARTRIDGE flower block. 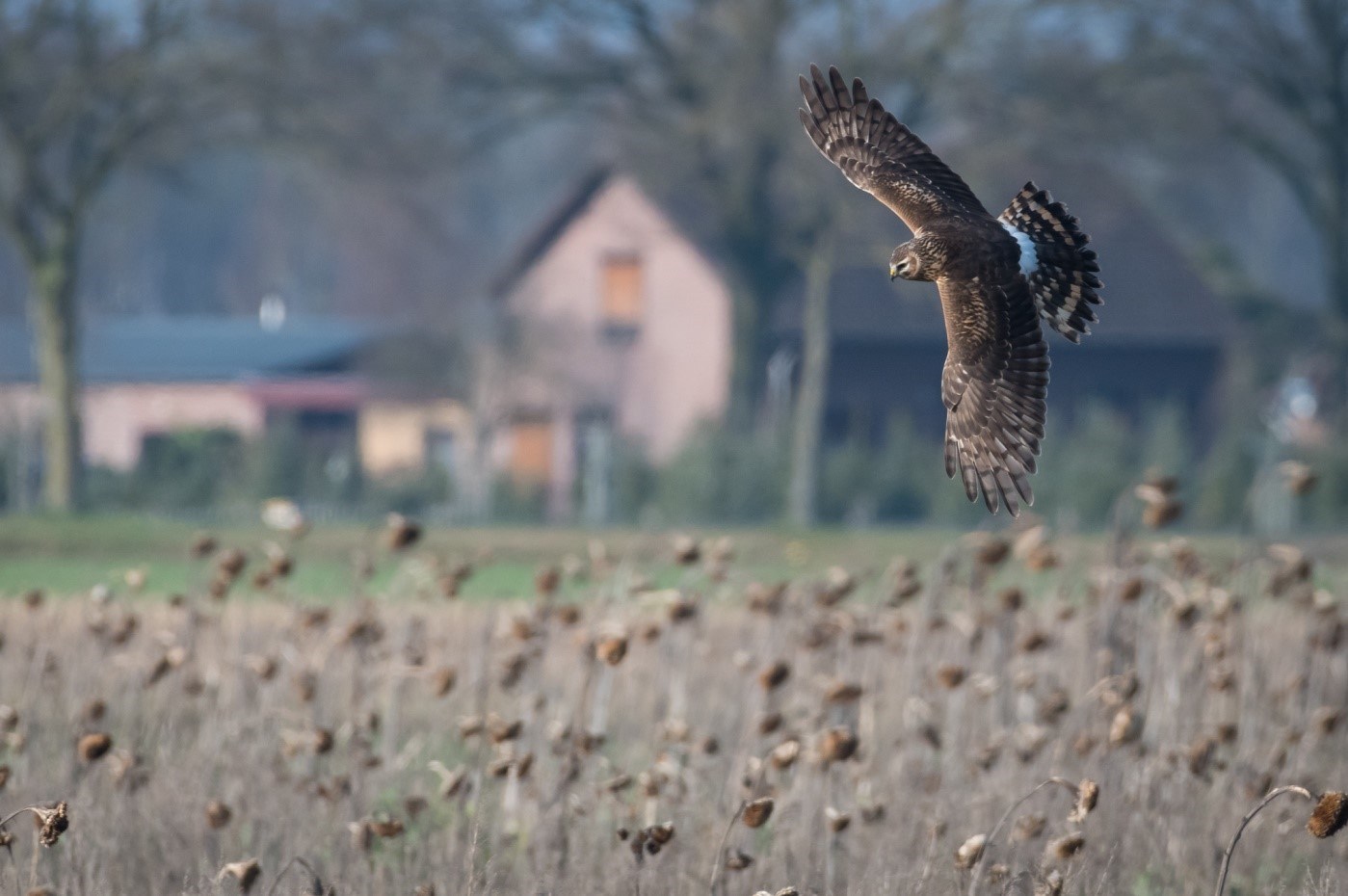 Hen harrier female hunting for songbirds and mice in a PARTRIDGE flower block in winter. 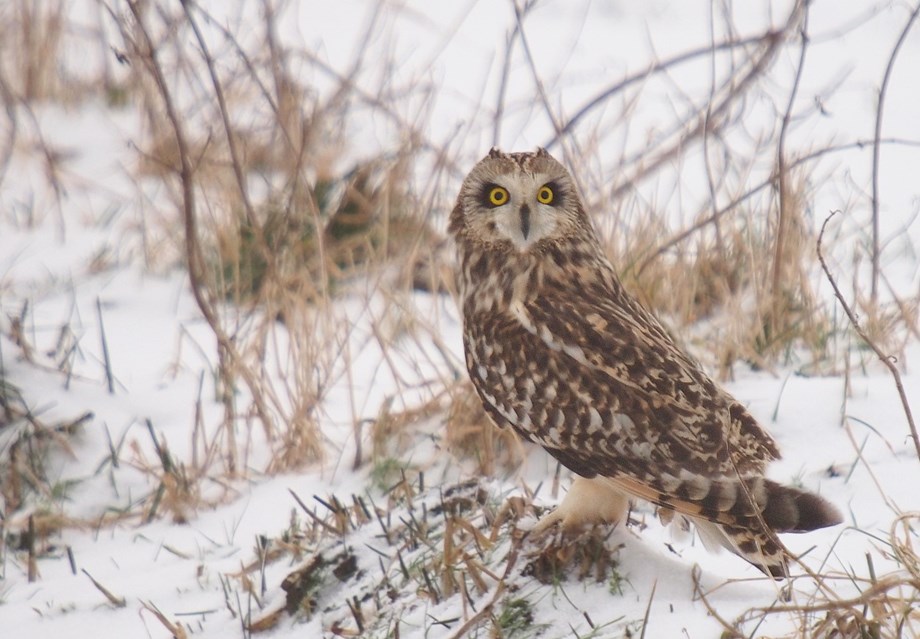 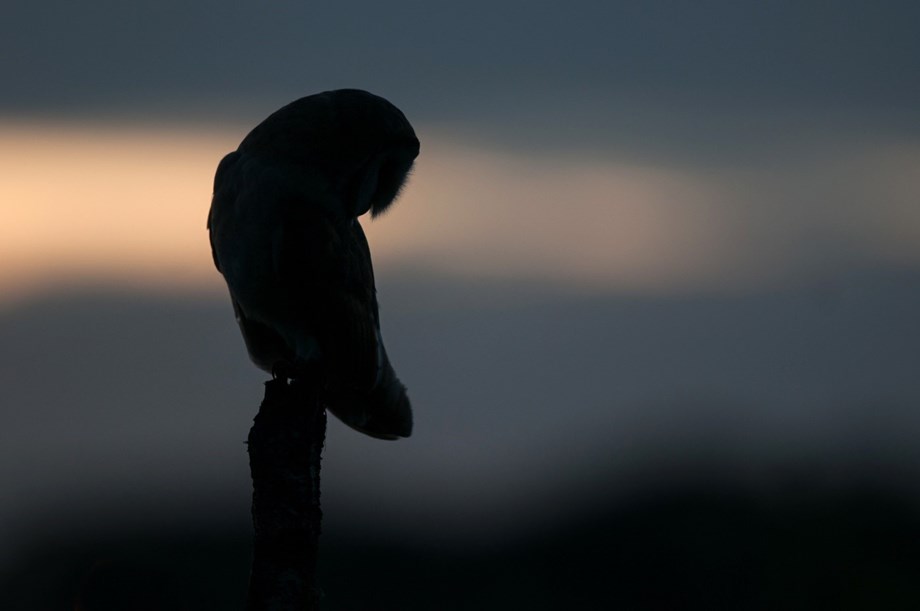 Photos of Hen harrier and barn owl by Jos van de Kerkhof, all others by PARTRIDGE project