Promoting the PARTRIDGE Project in the EU and Scotland

Since the PARTRIDGE project started in 2016, we have gradually been establishing a wide variety of high-quality habitats at our demonstration sites across Northern Europe to demonstrate how farmland biodiversity can be increased.   In order for policy makers, farmers and other relevant stakeholders to learn about what we are trying to achieve, communication is a key part of our work.  Recently, Fiona Torrance (Scottish PARTRIDGE demo site manager), managed to secure two key interviews, which have greatly increased the project’s exposure. 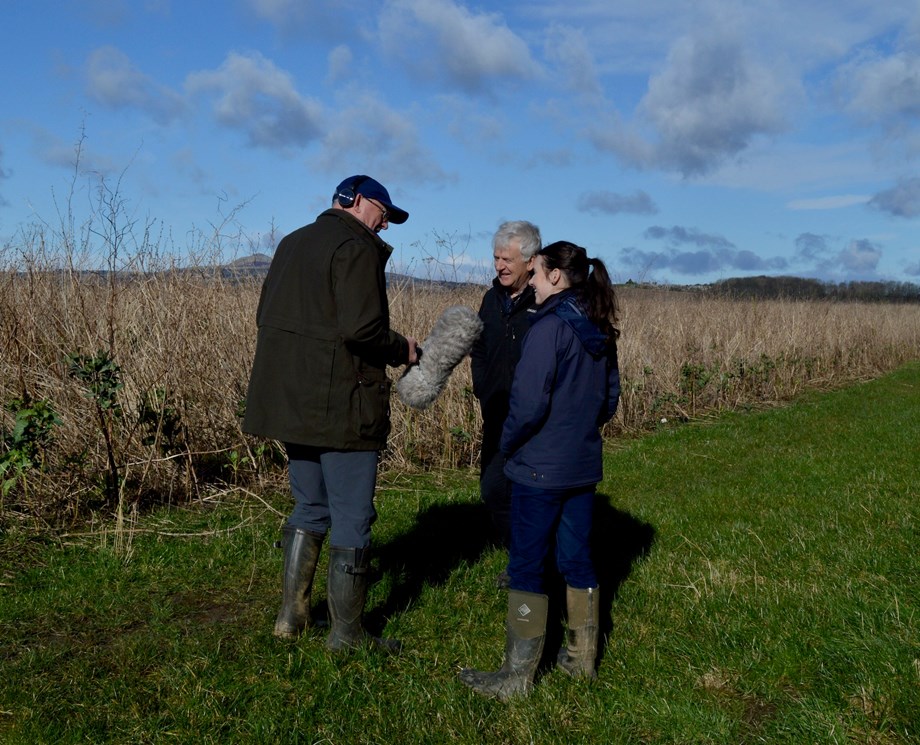 The first was a podcast celebrating 30 years of the Interreg programme, which featured key projects from across the continent, demonstrating how we can work together to fight climate change and create a greener Europe. Fiona and farmer John Drysdale from Balgonie Estate near Glenrothes, explained why saving farmland biodiversity matters and how it can be done.  The PARTRIDGE segment starts at 25 minutes in, or you can hear an excerpt below.

The second was BBC Radio Scotland’s Out of Doors programme, which you can listen to here. Here John and Fiona discus the project’s innovative wild bird seed mixes and what we hope to achieve in the future.

Both give a great introduction to the aims of the project and what has been achieved to date, with some focus on how we survey grey partridge.

The video clip was taken during one of partridge playback surveys, which are discussed during both pieces.  It shows a male grey partridge responding to a recording of another male, played to him in his territory. It is not unusual for them to approach like this as they search for the interloper!