19 October 2022 - Published by Francis Buner
After several years of PARTRIDGE measures (such as flower blocks, beetle banks, strip cultivation and a one-hectare rare arable flora plot) being in place at the demo site in Burghsluis, biodiversity has increased significantly. Birds are not the only ones reaping the benefits of these measures, with plant species richness also being enhanced – even rare species!

We herein will explore some the species that can be found at the demo site at Burghsluis.

Burghsluis is located in Zeeland, a province in the southwest of The Netherlands. The name Zeeland (Sealand) is understandable being a maritime province, occupying delta lands. Burghsluis’ close proximity to the sea means only certain plants are able to grow, with salt spray and seepage creating harsh conditions.

Herbaceous seepweed (Sueada maritima) are a beautiful example of a salt-tolerant species that can be found on the edges of PARTRIDGE measures here. At the beginning of the growing season, the plant has a fresh green colour. At the end of the summer, when the moisture slowly disappears from the plant, the leaves turn a deep red colour.

Another interesting species found in the same plot is Samphire (Salicornia spec.). This crispy and salty plant is a typical delicacy in Zeeland, containing lots of nutrients, such as calcium and magnesium.

Field woundwort (Stachys arvensis) is a plant typical to farmland that has been found in a flower block and in an arable flower plot. Field woundwort has decreased by more than 75% in the Netherlands, becoming quite rare. Luckily, in our 1-hectare plot (a PARTRIDGE management strategy where wheat is thinly sown to boost threatened arable plants) more than 500 individuals have been found this year. Field woundwort flowers quite late in the season – flowering plants can even be found in the middle of winter!

Grass vetchling (Lathyrus nissolia) has also been found. It is difficult to find as its leaves look nearly identical to grass, luckily, its pink flower stands out quite well. Grass vetchling is a climbing plant and likes warm and open places.

The origin of its scientific name ‘Lathyrus’ is intriguing – ‘La’ means very and ‘thouros’ means fierce and wild – previously known for being beneficial to the libido! So, should you feel the need for it, now you know where to go looking for it…

My personal favourite however is the Scarlet pimpernel (Anagallis arvensis s. arvensis). As the name suggests, the flower is bright red. The flowers’ centre is purple, and the stamens are yellow coloured. The flower opens around 8am and closes around 3pm. It is generally found in open habitats (e.g. farmland, paths and disturbed ground) but at our Burghsluis demonstration site, Scarlet pimpernel has been found in flower blocks, the arable flower plot and beetle banks!

Not all flowers found at Burghsluis are rare of course, but this doesn’t mean they lack value. Some of these species might be unpopular with farmers and the public, but they are essential for wild bees. The University of Wageningen has carried out research on which plant species are most valuable for wild bee species, looking at the specific plant species that different bee species visited. No distinction was made between bees that visit flowers for nectar, pollen or both. 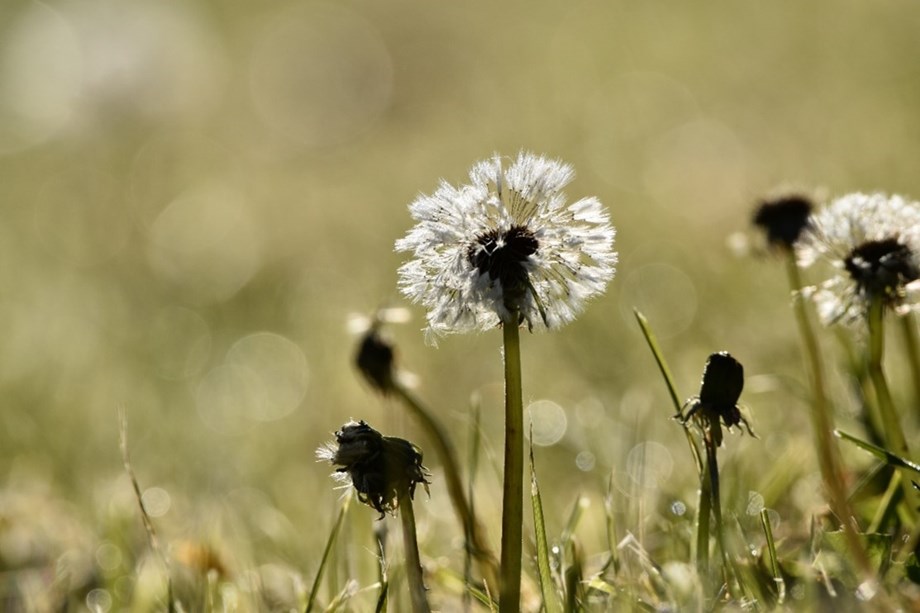 One of these plant species is the Dandelion (Taraxacum officinale), which was visited by 107 wild bee species. The name ‘dandelion’ comes from the French ‘Dent de lion’, referring to their serrated leaves. In Dutch, the plant is well known as ‘Melkriet’, which mean literally ‘Milk Reed’ – referring to the milky juice that appears from a bruised stem. The latter ‘Reed’ refers to the way the Dandelion spreads quickly, just like a reed. 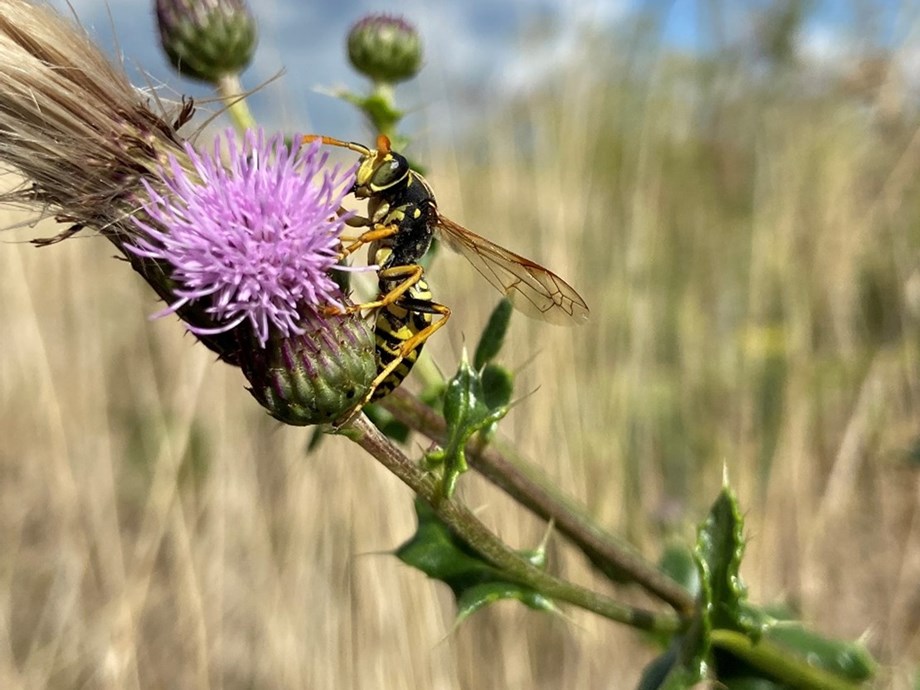 Next one up on our list is the Creeping Thistle (Cirsium arvense) which might well be the most unpopular plant among all European farmers. In Zeeland, a special thistle regulation is in force, which requires farmers to remove any Creeping Thistle on their property. Other landowners (e.g. nature organisations) also have to remove thistles if they are located within 30 meters of farmland. This management has been considered old-fashioned by many due to often being ineffective. The Creeping Thistle is very sensitive to disturbance, so cutting or removal can cause it even more to appear! There are several examples where the Thistle disappears or gets less dominant after no management at all. See this article to find out more about Thistles.

If you like to explore our demo area for yourself, please come along and visit our demo site along its beautiful cycle paths or find out more from the comfort of your home by exploring our interactive demo site story map. Whatever you prefer – enjoy!