14 December 2017 - Published by Paul Stephens
On December 8, the Dutch team took the chance to present the PARTRIDGE project at a symposium on biodiversity.

The day was held in the county office in ‘s-Hertogenbosch, Noord-Brabant, which attracted 375 guests, ranging from volunteers to scientists.

The Dutch project partners from Barbant set up an informative PARTRIDGE project display stall which proved very popular among the symposium participants.  A play back call of a partridge cock was used to create awareness, in addition to a vivid display of PARTRIDGE project banners, posters and flyers, factsheets and a documentary on partridge conservation. 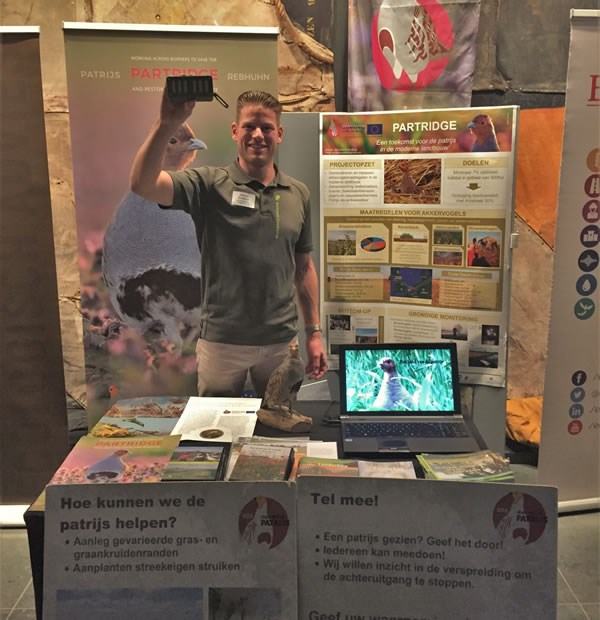 During the symposium a presentation was given by Meeuwis Millenaar, who is working for PARTRIDGE as field coordinator at the demo site ‘Oude Doorn’ in Brabant. The presentation explained the key aims of PARTRIDGE and the current achievements of the agri-environmental scheme. The key to success of the project is a regional, collective approach involving a diverse range of people working together to reverse the decline of farmland biodiversity. The day before the symposium, a farmer cluster meeting was held at ‘Oude Doorn’. 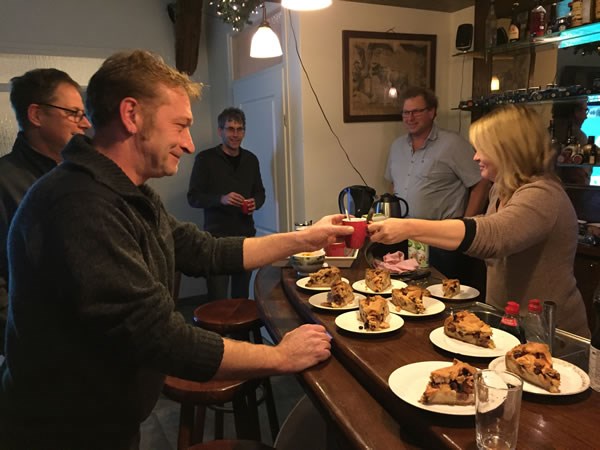 The farmers involved in the project were updated on project goals and achievements, monitoring protocols and the supplementary winter feeding which provide extra food during the hungry winter gap (late December - early April), when natural food for seed-eating birds are typically depleted on modern farmland. Suggestions of possible future management techniques for the newly implemented PARTRIDGE habitat measures were also discussed.  All participants not only enjoyed the homemade apple-pie, but also seemed to be very proud to be part of PARTRIDGE.