24 July 2017 - Published by Paul Stephens
On a dull, humid day earlier this month, around 50 farmers visited Balgonie Estates in Scotland, one of the PARTRIDGE project’s demonstration sites.

They were there to view the cereal trials run by one of our local project partners, Scottish Agronomy, and were also given an introduction to the work going on as part of the EU-North Sea Region Interreg project.

The farmers were from across Scotland and had lots of questions about the project, with some wanting to know more about the habitats they might be able to create for Grey Partridge. This is exactly what PARTRIDGE is trying to achieve: helping farmers better understand what they can do to benefit Grey Partridge and other wildlife, and improving the support-mechanisms available to help action on the ground. 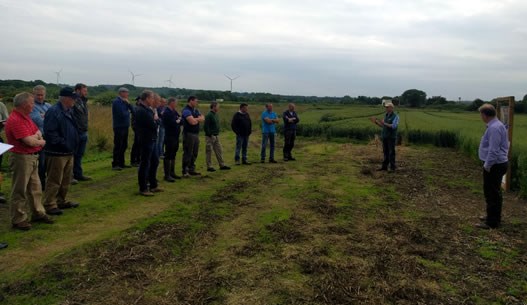 Eric Anderson of Scottish Agronomy, who was hosting the day, said “We think this is a really important project that is trying to demonstrate solutions to some of the problems facing farmland wildlife today. The response from several of the visitors today showed that many farmers feel the same way too”

The PARTRIDGE project is taking place across five countries: Scotland, England, Germany, Belgium and The Netherlands, with each running two demonstration sites, like Balgonie Estate. Each site is approximately 500ha in size and is aiming to manage at least 7% of the area in a manner sympathetic to Grey Partridge and other farmland wildlife. 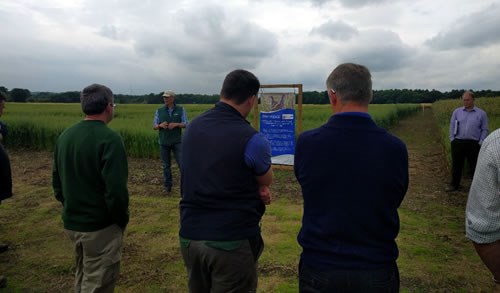 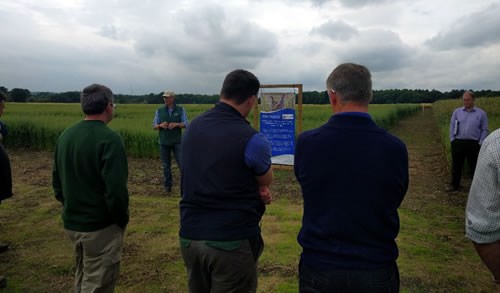