Interest in the PARTRIDGE measures is quickly increasing in Flanders and not only within the defined demonstration sites. Inspired by the work done by farmers and researchers in the PARTRIDGE demo site of Ramskapelle, the Flemish organisation ‘Stad-Land-schap ’t West-Vlaamse hart’ initiated a long-term strategy to improve the habitat for the grey partridge in their own working area.

Since 2017 the PARTRIDGE project has been installing building blocks to improve grey partridge habitat at 10 demonstration sites across north-western Europe, including a 500 ha large demo site in Ramskapelle, Belgium (West-Flanders). Once a very common farmland bird of the Flemish agricultural landscape, the grey partridge is rapidly declining. Within the demo sites, efforts by farmers, hunters and researchers focus on recovering the partridge population and increasing general farmland biodiversity by 30% by the end of the project. The PARTRIDGE flower blocks are the most important measure in Flanders. 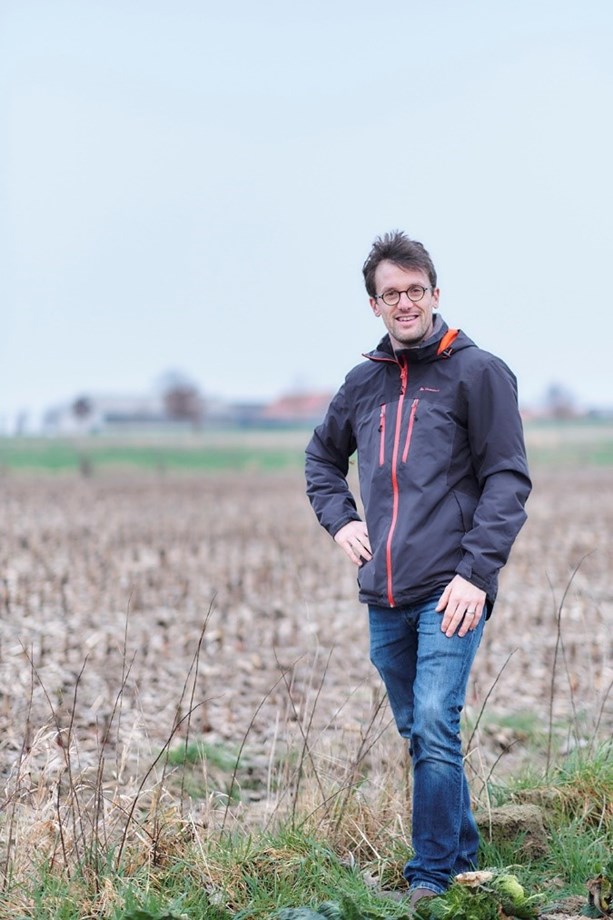 Flemish visionary Roeland Vanlerberghe: ‘The Ramskapelle PARTRIDGE farm walk was a truly inspiring visit. Not only because I saw with my own eyes the specific measures in place, but even more to see the strength of cooperation between different stakeholders at a local level.’

Preliminary monitoring results show the effectiveness of the flower blocks in Flanders, although further monitoring is needed to confirm these positive trends. At the same time, we have noticed that the communication efforts and numerous farm walks at the demo sites are starting to pay off. They inspired Roeland Vanlerberghe, the coordinator of ‘Stad-Land-schap ’t West-Vlaamse hart’, to explore the possibilities for partridge measures in his working area.

Stad-Land-schap ’t West Vlaamse hart is a cooperation between the province of West-Flanders and 17 cities and townships in the centre of West-Flanders. Their working area covers over 60,000 ha. They usually cooperate intensively with farmers, hunters, companies, nature conservationists, politicians and civilians. With agriculture being one of the main activities focused on, the organisation is working to improve sustainable land-use in their area.

Regional databases with bird monitoring data suggest that the centre of West-Flanders is some kind of ‘agricultural desert’ lacking sustainable populations of farmland birds. Roeland Vanlerberghe would like to nuance this. ‘Reliable bird surveys depend on sufficient oberver coverage within an area and the possibility to perform multiple counts. No observers, no numbers.’ This could be the reason for the disappointing figures for his region in the past. ‘I have always been convinced that the situation in our area is not that bad compared to other regions in Flanders’, Roeland claims. ‘Informal observations and testimonies by farmers and hunters in the area seem to confirm that there are still quite substantial amounts of partridges in the area. I don’t want to wait for official monitoring data for our region, but think we should take action now, before it is too late.’ 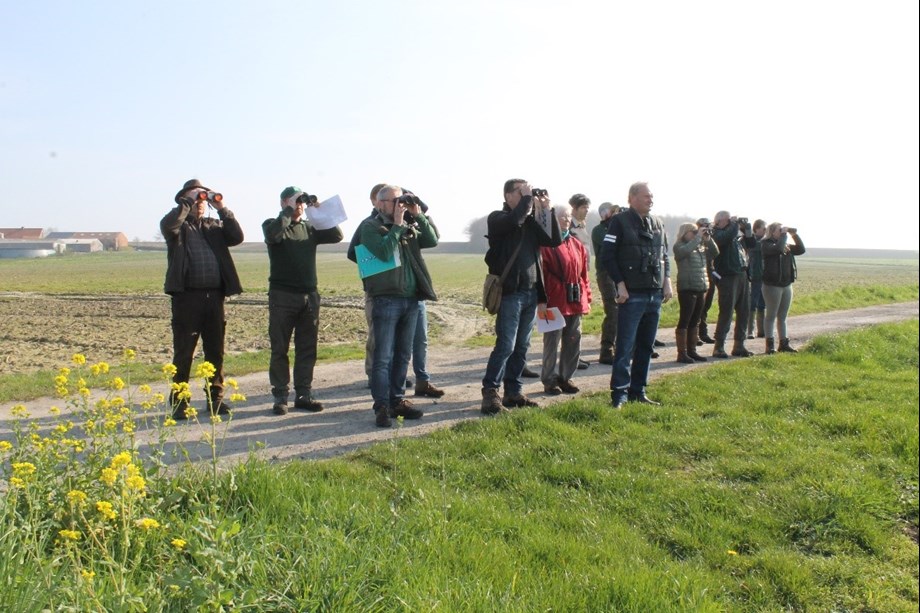 We are in this together: Hunters and Nature conservationists sharing the same view

PARTRIDGE project partner Inagro invited Roeland together with some farmers, hunters and nature conservationists to the Ramskapelle demo site and explained the measures installed by farmers and hunters. ‘This was a truly inspiring visit’, Roeland emphasizes. ‘Not only because I was able to see the specific PARTRIDGE measures in place, but even more to see the strength of cooperation between different stakeholders at a local level.’

Following the field visit, Roeland coordinated the establishment of ten smaller demo plots by farmers and hunters throughout his working area (total area of nearly 4 ha). ‘These demo plots have taught us that PARTRIDGE flower blocks are applicable to our area. We have seen an increasing interest from farmers and hunters for the measures and expect an increasing area of flower blocks in the coming years.’ Taking into account that the only financial compensation the participant gets, is the seed mix itself and a small compensation for preparing the seed bed and sowing the mix, the overall interest is quite remarkable. As a final remark concerning the flower blocks, Roeland notices that flexibility and a tailored approach is crucial. ‘Our region with mainly intensive vegetable farming on a sandy-loam soil is different from the coastal region with mainly arable farmers and heavy clay soils. Therefore we are sowing a slightly adjusted seed mix, but the management stays almost the same. As PARTRIDGE project partner, Inagro provides substantive support for our approach where needed.’

In 2019, volunteers of two local wildlife management units and two local nature organisations started counting grey partridges, lapwings, yellow wagtails, linnets and other farmland birds. ‘A great example of cooperation between two stakeholder groups that are often at odds’, Roeland proudly mentions. ‘The monitoring data will be used to identifiy the most promising areas and will help us target our future efforts.’

This story is a perfect example of how PARTRIDGE project partners are not only targeting the demo sites, but are actively trying to inspire others and show them how they can implement grey partridge measures in their own area. In this particular case the PARTRIDGE project initiated the development of a long-term farmland bird conservation strategy in Stad-Land-schap ’t West-Vlaamse hart.