15 June 2018 - Published by Paul Stephens
Between 6-8 June, 24 members of the PARTRIDGE project together with farmers from the Netherlands, England and Hungary, travelled to Switzerland to learn about the Swiss agri-environmental scheme and to visit the Klettgau, one of the Swiss Ornithological Institute’s flagship farmland wildlife project areas.

On the opening day, participants held a farmland biodiversity symposium at the Swiss Ornithological Institute headquarters at Sempach. The day started with a series of excellent presentations by Swiss Vogelwarte scientists from the Habitat and Species recovery programme. Topics included the Swiss Environmental Scheme, the nation’s biodiversity food labelling system (such as TerraSwiss) and the Swiss Grey Partridge recovery programme. That afternoon, the NSR-interreg partners gave an insight into the aims and objectives of PARTRIDGE and the project’s wide-ranging habitat management and communication activities across its 10 demonstration sites. 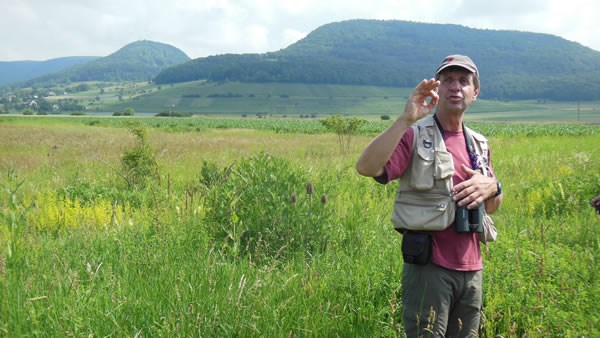 On the second day, all participants visited the Swiss Ornithological Institute’s flagship farmland wildlife recovery area in the Swiss Klettgau, led by Swiss agro-biodiversity expert Dr Markus Jenny. Visitors saw how Neunkirch and Löhningen have been dramatically enhanced by the local farmers, co-ordinated by the visionary and enthusiastic Markus. 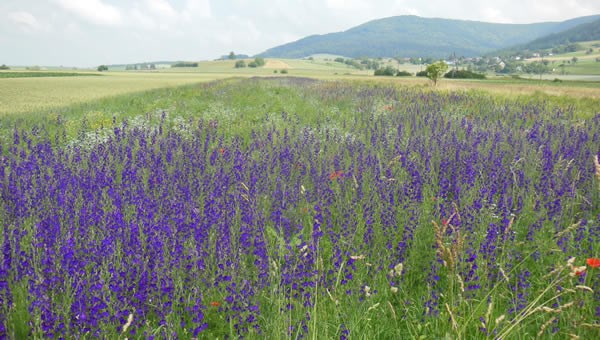 The key high-quality habitats implemented were wild flower strips (Buntbrachen), arable margins (Ackerschonstreifen) and flower-rich meadows (Extensivwiesen), all looking their very best, and the display of extremely rare arable flora together with the sighting of several Swiss red-listed farmland birds such as corn buntings, skylarks, whitethroats and stonechats highly impressed everyone present. There were ‘ahhs’ and ‘ohhs’ from all directions as they marvelled at one of the biologically most diverse farmland landscapes of Western Europe. 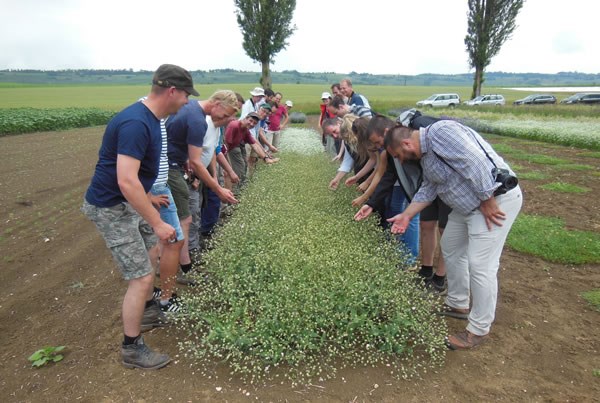 The Klettgau project has been running since the early 1990s, but only very few European farmland wildlife experts have ever heard of it and even fewer have had the chance to see it. The farm walk was crowned with a guided tour by local farmer Gabi Uehlinger, who, besides growing low-input crops for the Swiss consumer market, is a pioneer in growing and selling seeds of rare and red-listed Swiss native arable flora. Her passion and profound knowledge for endangered farmland flora made sure that everyone from PARTRIDGE went home inspired and with a huge smile on the face.