27 April 2017 - Published by Paul Stephens
Dutch project partners of NSR Interreg PARTRIDGE, led by the Game and Wildlife Conservation Trust, have introduced the first beetle banks to the Netherlands. The project aims to demonstrate how Grey Partridge tailored habitat improvements can increase farmland wildlife by 30% within four years.

After being developed in the mid-1980s by the GWCT, support for the establishment of beetle banks began in Britain with set-aside in the early 1990s and has continued through to the current Mid and Higher Tier of the English Countryside Stewardship funding scheme.

In other parts of Europe, beetle banks remain largely unknown - PARTRIDGE is on a mission to change that. Beetle banks act as overwintering habitats for insects who themselves are either food for farmland birds, such as grey partridge chicks, or as pest controllers in adjacent crops. They also serve as nesting habitat for ground nesting farmland birds such as the grey partridge.

At our Dutch demonstration areas ‘Burgh-Sluis’ and ‘Oude Doorn’, a total of five beetle banks were established this spring.

The beetle bank is a ploughed strip of land (about 40-50cm high and 3m wide), which is higher and drier than the surrounding farmland and typically runs through the middle of a field or along the border of two adjacent fields. 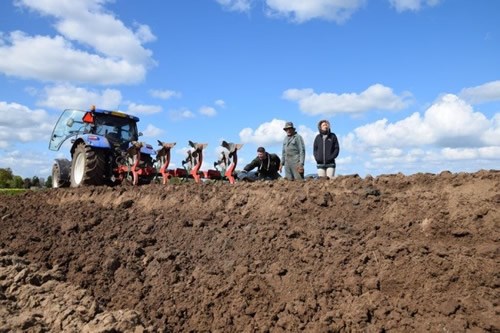 After establishment, the bank is sown with a mixture of tussocky grasses and flowers to provide suitable structure and to avoid the establishment of pernicious weeds. Insects, including beetles, can overwinter safely in the beetle bank and reproduce quickly in early spring.

Because of its shape, the bank warms up faster than the flat surrounding cropped land and provides shelter from wind. The resulting variety of micro climates make beetle banks very attractive to beneficial insects and other farmland wildlife. The insects are not only food for farmland birds, but also act as natural pest controllers against aphids and other crop pests against which farmers typically use insecticides. Studies by the GWCT have shown that beetle banks can increase pest predators and reduce crop pests. 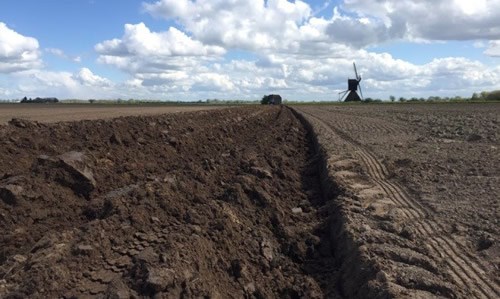 Ploughing to form a bank

Beetle banks are only 3m wide. They should be accompanied on both sides by a wild flower strip and/or a fallow strip (cultivated uncropped strip) to enhance their usefulness for farmland wildlife. The overall width of the entire structure should be at least 12 metres (our Dutch partner’s strips are even 20m wide). The wider the strip, the more food resources are available for grey partridges and other farmland birds and the more cover they provide from predators, especially important in areas with no or very little predator management such as in the Netherlands. 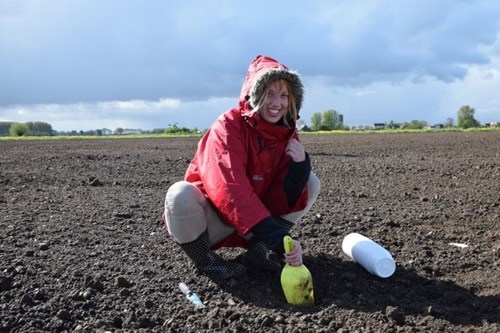 Placing a pitfall trap for insects

The participating Dutch farmers are very excited about the new measure. At our demonstration site in Brabant, insects, butterflies and soil invertebrates will be monitored both on and around the beetle banks. In the coming months, the sown vegetation will develop.

The farmers and the conservation organisations involved look forward to measuring the ’return’ from the investment in these banks.