Modern farming working with nature – the PARTRIDGE project fits perfectly with the goals of the EU 2030 Biodiversity Strategy.

In May of this year, the European Commission announced an ambitious Biodiversity Strategy to ensure that Europe’s biodiversity will be on the path to recovery by 2030. This strategy includes a goal to expand the network of protected areas, with a goal that 30% of the land and 30% of the seas in the EU should be protected within the next 10 years. Of this 30%, a third (10%) will be under strict protection, with minimum interference by human activity. This is a huge change, as currently only 3% of land and 1% of the European seas have this strict legal designation.

The Covid-19 Pandemic has highlighted that change is needed to reinstate the link between the health of our planet and the health of humans. The need for sustainable agriculture has never seemed more important with drastic changes urgently needed to protect and restore our environment, whilst feeding the growing world population. Within the EU Biodiversity Strategy, the EU Nature Restoration Plan aims to restore 10% of agricultural land to high-diversity landscape features (including buffer strips, hedges, ponds etc.). This will prevent soil erosion, enhance carbon sequestration, connectivity and ecosystem services, to allow a greater coexistence between humans and wildlife.

People need to re-connect with nature and realise just how much we depend on our environment. Recently published research from the World Economic Forum estimates that more than half of the world’s GDP depends on nature and its services and more than 75% of the global food crop relies, at least partially, on animal pollination. We have already seen significant negative effects from the way we are living in the modern world on our own environment and, to put it bluntly, we are in serious trouble if we do not turn things around rapidly.

You will have all also seen the news and the rise in environmental activists repeatedly declaring that climate change and the loss of our wildlife require action now.  Sir David Attenborough’s recent documentary ‘Extinction: The Facts’ was a powerful message that the decline of our wildlife is happening at a faster rate than we thought.  This crisis is driven by multiple drivers, including rapid development, inadequate resource management and the lack of awareness of the repercussions of ALL human activity and consumption. This current mass extinction event caused by this human activity is happening at the fastest rate in history, with one million species at risk from extinction. The need to address the biodiversity crisis is more important now than ever before – the only advantage we may have is that the current Covid-19 Pandemic may concentrate minds.

EU agri-environment schemes (AES) were set up in the 1980s to allow farmers to be compensated for taking out farmable land and setting it aside for nature. However, wildlife has continued to decline across all EU nations and soils continue to be degraded and become less fertile. Despite the best of intentions, the CAP’s AE schemes neither halted nor reversed the national decline of farmland biodiversity and they need to be amended urgently, with knowledge based on scientific and practical research learnt over the past four decades. One thing is for certain: There are several good examples across Europe where AES has managed to turnaround the fortunes of biodiversity – at least on a local scale. 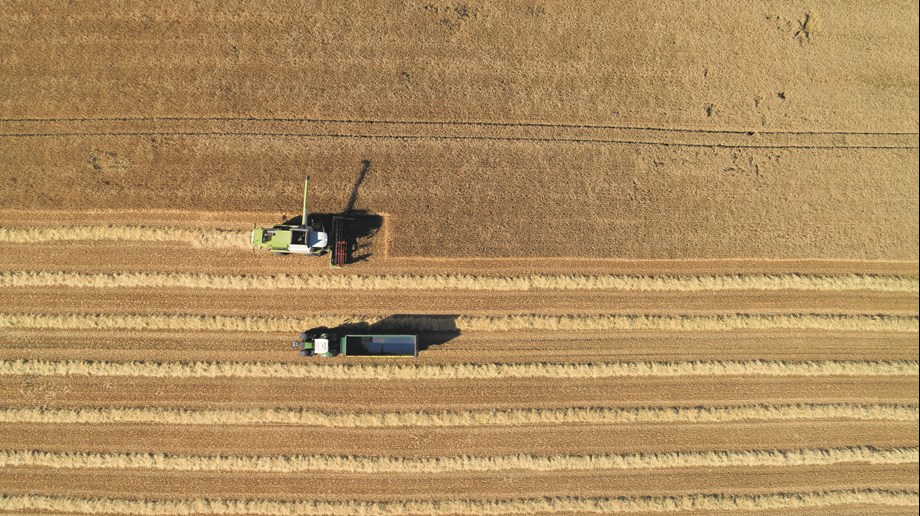 The EU Nature Restoration Plan aims to work together with the Farm to Fork Strategy and the new Common Agricultural Policy to achieve the EU’s Green recovery strategy. Its aims are:

These aims will allow nature to become more resilient to our changing climate and natural disasters, as well as address biodiversity loss. 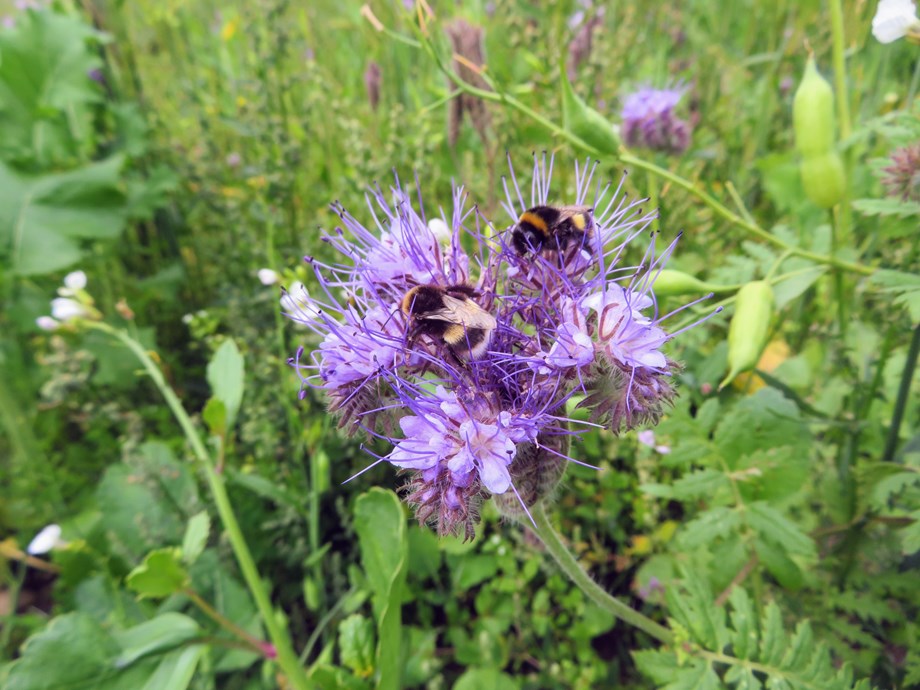 The PARTRIDGE project fully supports the vision of the EU Biodiversity Strategy for 2030 and our collaborative approach demonstrates how to reverse the decline of farmland biodiversity and better connect farmers and consumers with our cultural landscapes. The project is funded by Interreg North Sea Region and has teamed up in seven countries: England, Scotland, Belgium, the Netherlands, Germany, Sweden and Denmark, working with 17 different organisations. This collaboration allows us to learn from each other, solve common problems by implementing local solutions, raise critical questions, monitor success or failure and learn from mistakes and success stories, increase outreach among a wide range of stakeholders and improve tailored advice to farmers, hunters, farm advisors, local and national agencies across our partner countries and even beyond. The project manages 10 farmland demonstration sites with at least 7% of each demonstration site improved by high-quality habitat measures, tailored to grey partridges. Grey partridges are one of the best indicator species for farmland ecosystem health. 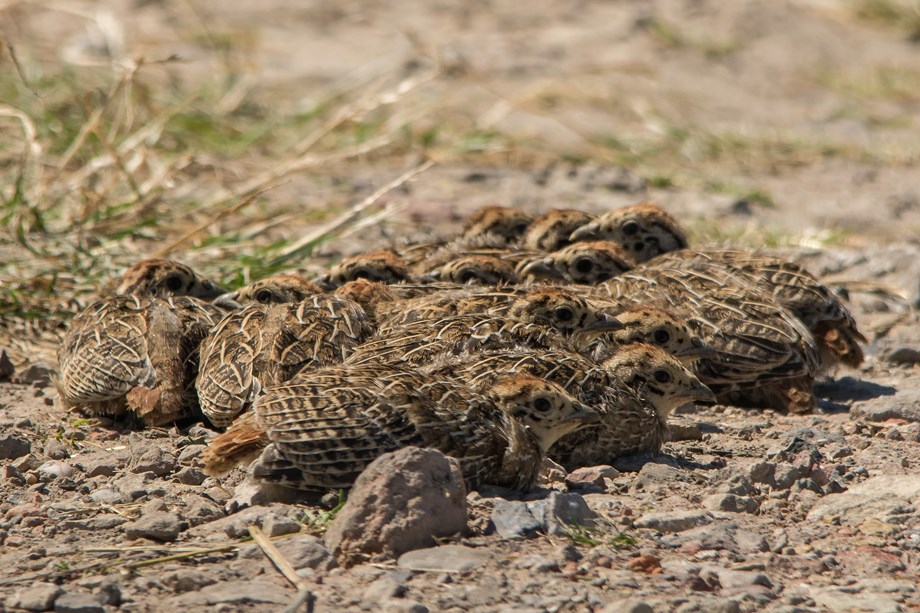 Grey partridges are a native resident in Europe, but their numbers have declined by over 90% since the 1970s and, in 2020 in Switzerland, they have sadly become extinct. As a resident species, they require diverse habitats all year round - throughout their life cycle. Habitat measures tailored to the grey partridge (for nesting, food resources, overwinter cover) will not only benefit this iconic species but also benefit a wide range of other farmland wildlife from insects to mammals and other birds of conservation concern. 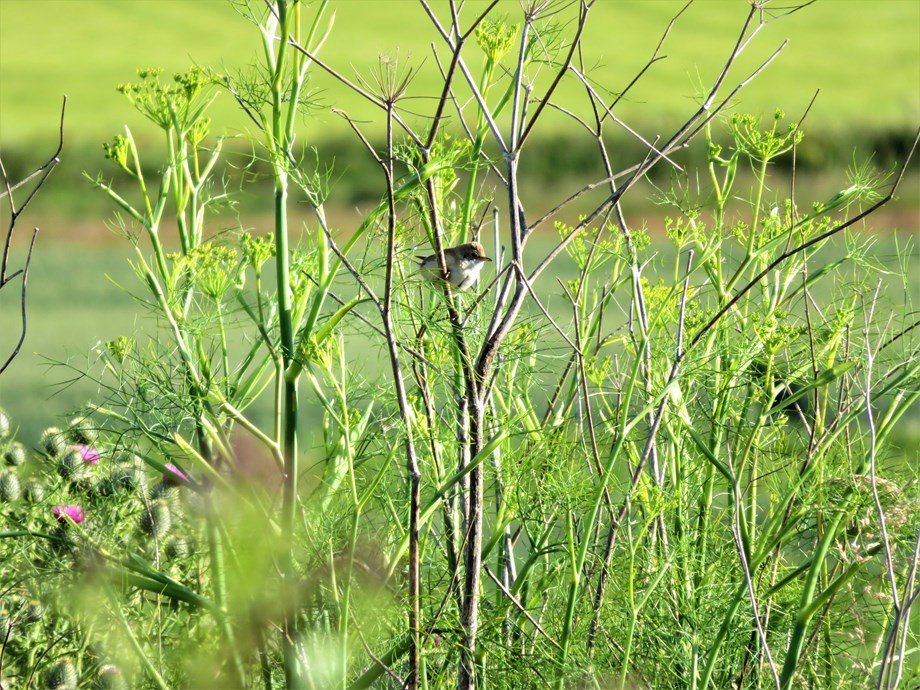 PARTRIDGE’s goal is to increase biodiversity by 30% across its demonstration sites by 2023, with several indicator species expected to hit the target this year at our most successful sites. The increase is achieved by implementing 7% high-quality habitat measures as evenly distributed as possible across our 500-ha demo sites. Additional winter feeding has been introduced at most sites, and legal lethal predator control where local conditions allow. Our habitat measures include PARTRIDGE flower blocks, beetle banks, winter stubbles, cover crops, arable and floristically-enhanced margins and hedges. The seed mixes are high in plant diversity compared to similar widely used mixes under AES and are adapted to fit local conditions. They consist of a mix of commercially available plants and native wildflowers, designed to benefit grey partridge and other wildlife while still affordable for the farmer. The plant species are chosen to provide a diverse structure offering suitable habitat for grey partridges and other farmland birds for nesting, foraging, winter food and cover from predators, to attract farm crop pollinators and other insects – many of whom provide food for other wildlife, small mammals and hares. 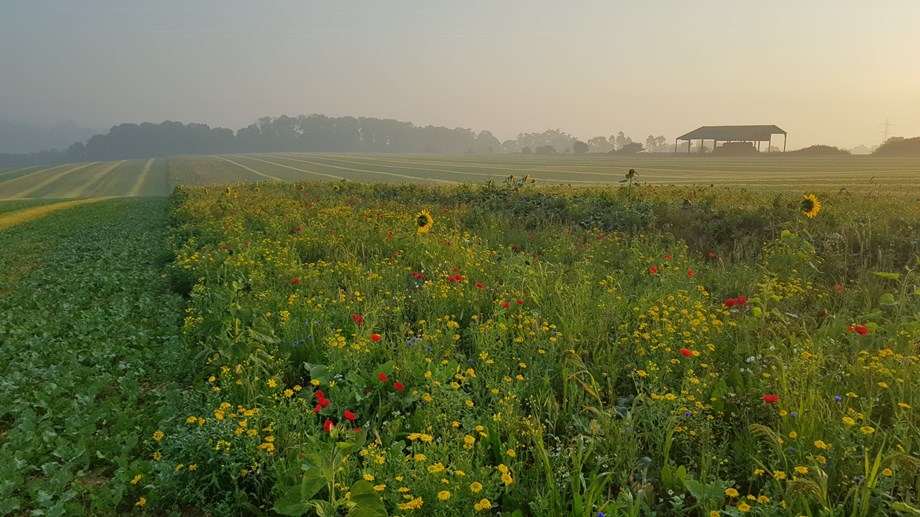 Last year, PARTRIDGE featured in the document celebrating 40 years of the Birds Directive – one of the first environmental laws adopted at European Level.  The article highlighted how a collaborative approach, based on science-based management plans, can be a successful strategy to protect and conserve Europe’s farmland biodiversity.

The PARTRIDGE project has recently published the book Farming with Nature, summarising the scientific research that paved the way for the project.  It is available in English, Dutch and Flemish. It provides an overview of the key management measures within the PARTRIDGE project and what is needed for grey partridges to thrive across arable farmland in Europe. It also highlights the benefits to other farmland wildlife of this management (Paperback copies can be ordered here).

PARTRIDGE has been running for four years, sharing knowledge and advice to arable farmers who wish to farm nature-friendly and lobbying for improved AE schemes across the North Sea Region countries.

PARTRIDGE has monitored the habitat measures implemented closely, whilst working alongside the farmers who manage the land.  The project constantly strives to improve these measures. With almost 100 farmers involved in the project, we have formed farmer clusters at most of our 10 demo sites and inspired the creation of several clusters elsewhere. Using local knowledge, our farmers work together by sharing advice and machinery, assist in monitoring habitat measures and wildlife indicator species. This is benefiting wildlife and soil health at all our 10 demonstration sites, whilst enhancing ecosystem services more generally all alongside running profitable farming businesses and encouraging greater social cohesion within demonstration sites and across borders.