Vision Landwirtschaft CH is a ‘think tank’ that directly influences Swiss agricultural policy. The highly knowledgeable and engaging group, ranging from Swiss lowland to alpine farmers (most of which produce for IP-SUISSE, organic or demeter labels), agronomists, agri-policy makers, farm advisors, entrepreneurs and farmland conservation scientists). The event was co-lead by Edith Häusler from Vision Landwirtschaft and Francis Buner, Senior Farmland Conservation Scientist at the Game and Wildlife Conservation Trust. 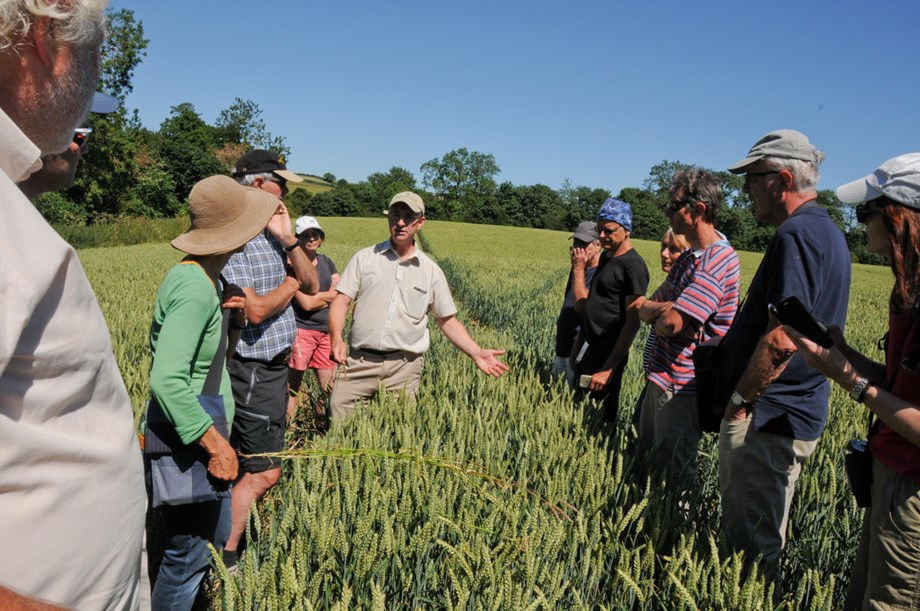 The tour started with a visit to the Allerton Project in Loddington, Leicestershire, where the GWCT-run farm is demonstrating how the need for food security can be combined with environmental objectives. The Allerton Project is a combination of commercial farming, research, demonstration and community engagement. Lead by Alastair Leak, Director of policy for the GWCT, the first day focused on topics such as minimum-tillage, soil and water quality as well as the agricultural-policy after Brexit. 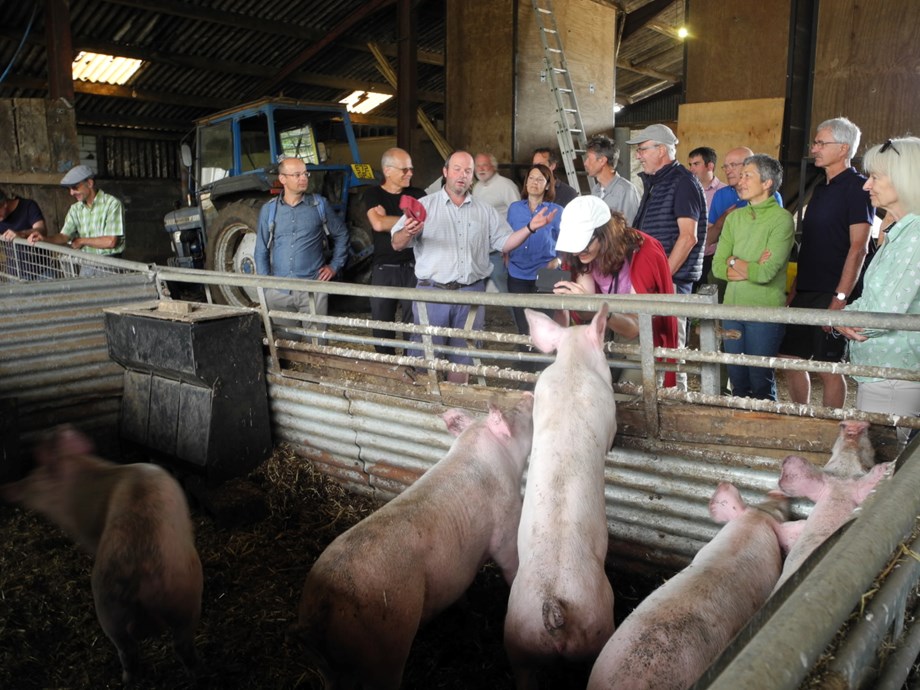 The group then moved down south to East Tisted, Hampshire, for a visit to the Rotherfield NSR-Interreg PARTRIDGE demonstration project. Led by Joe Edwards, estate manager and Harold Makant, Natural England’s South of England senior advisor, the group was introduced to Rotherfield’s dairy herd and learned about Natural England’s Agri-environmental programme which pays for approximately 200ha of wildlife habitats that have been taken out of the arable land. The focus was on Beetle banks, wild-bird seed mixtures and how these high-quality measures help to reverse the loss of farmland biodiversity, as demonstrated across 10 sites in five different counties in the PARTRIDGE project. The visit also included a tour of the village Farm shop, which sells its own small-holding beef and pork, produced by Tobi Bowtell and his dedicated team. 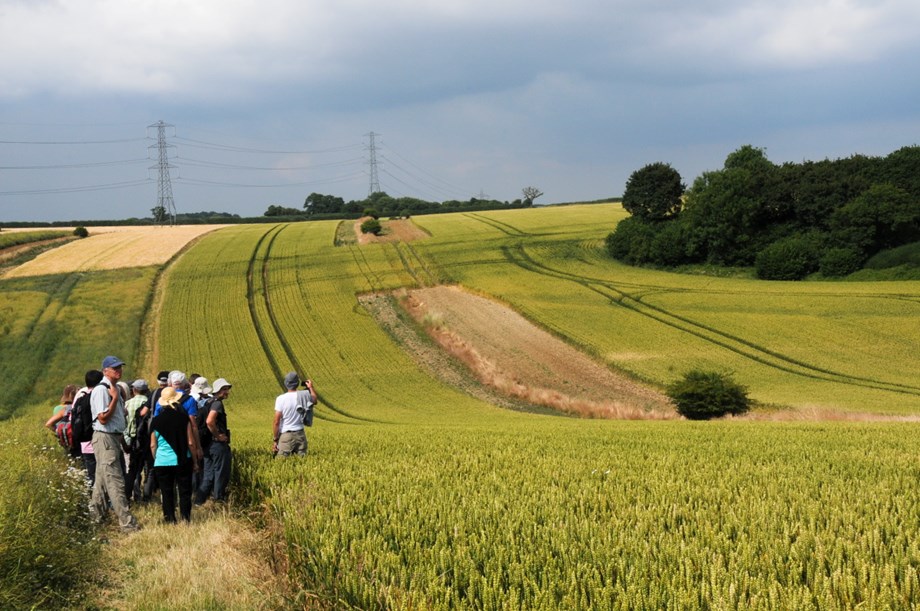 On Thursday, the trip continued with a walk through one of Hampshire’s flagship chalk grassland Nature Reserves, Old Winchester Hill. Expertly-guided by the Natural England rangers Barry Proctor and Alan McVittie, the Swiss visitors learned about chalkland grassland conservation and management on a Hill Fort, which led to fascinating comparisons with how species-rich grasslands are management in Switzerland. In the afternoon, the group took part in a guided tour of Butser Ancient farm, where they received a fascinating insight into how in Neolithic times, the first settlers created the first farmland habitats in Britain and how they lived. 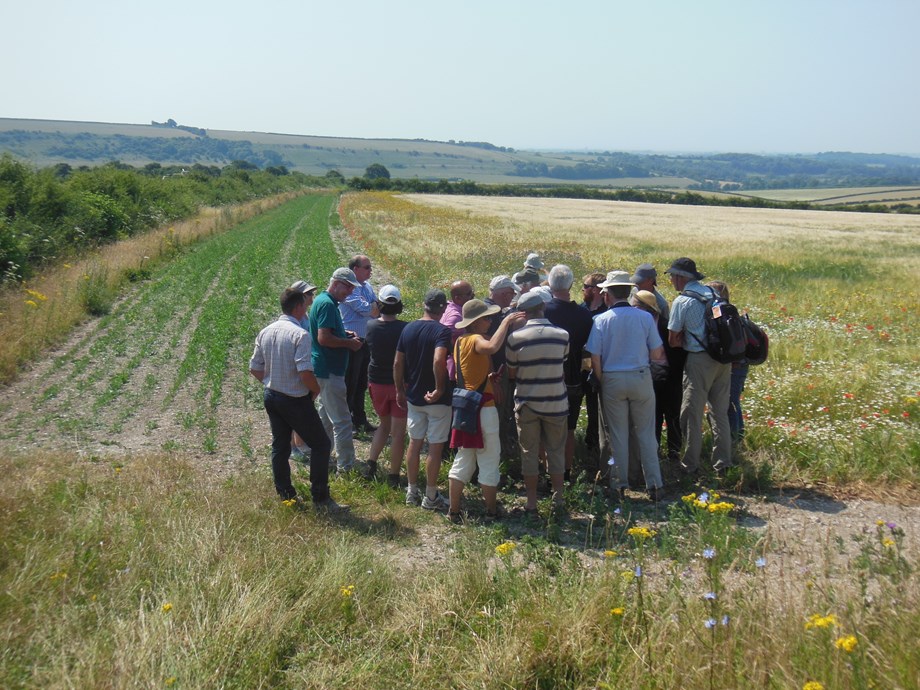 On Friday, we visited The Sussex Grey Partridge project at Peppering Farm, Arundel (part of the GWCT Sussex Study), led by head keeper Charlie Mellow and farm manager Nick Field. The main topic of the tour was habitat management for Grey partridge recovery, especially their insect-rich conservation headlands where most of the farm's red-listed farmland species find their chick food and where some of the rarest arable flora in Britain can be found. The day ended with a glorious evening walk across the South Downs, walking past singing Corn Buntings and Skylarks which formed the background sound at a bench erected in loving memory of Dick Potts, former Chief Executive of the GWCT and founding father of applied farmland conservation science.

The tour was a highly fascinating and inspirational cross-cultural experience for everyone involved and a wonderful example of how transnational information sharing helps to broaden the horizon even among top farmland experts. 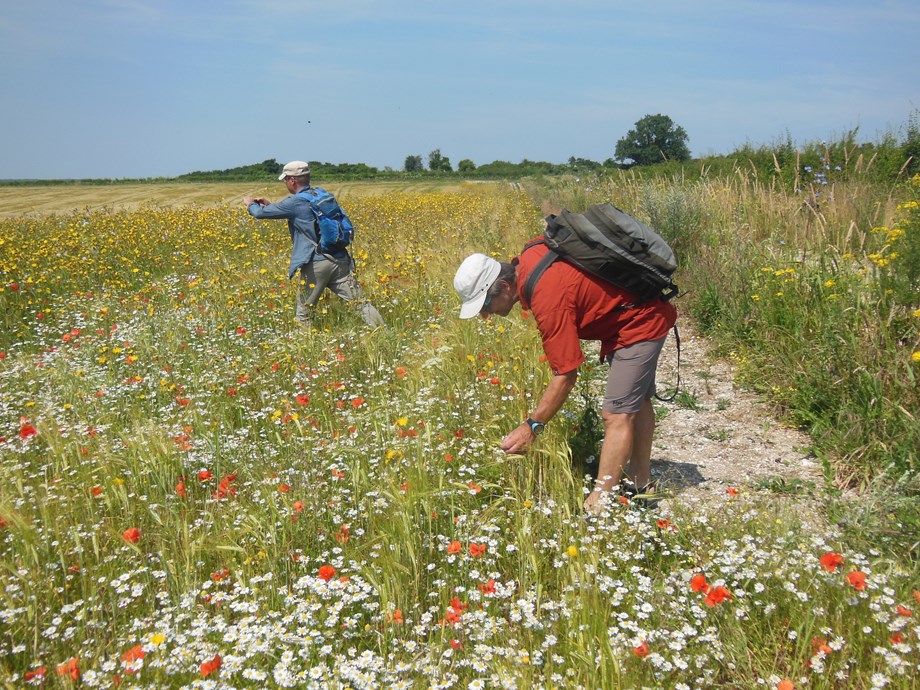