Lasers and all things partridge at Scottish Game Fair 2018

05 July 2018 - Published by Paul Stephens
The GWCT recently hosted the 30th Scottish Game Fair at Scone Palace, Perthshire, in glorious sunshine. To celebrate this milestone, the theme of the fair was the grey partridge, with a focus on trends in range and abundance in Scotland over the last 30 years, and the hot topics in grey partridge research from around 30 years ago and those now.

And naturally, this also lent itself to discussions about the important PARTRIDGE project, supported by the EU’s Interreg North Sea Region programme, which aims to demonstrate at 10 farmland sites across Scotland, England, Germany, Belgium and The Netherlands, exactly how agri-environment schemes would be improved by implementing measures known to benefit grey partridge and other wildlife. If PARTRIDGE is to be most successful, we need to convince the policy makers in each country of the need for agri-environment reform, so it was encouraging to be able to talk about the project with key policy makers and influencers in Scotland at the game fair. 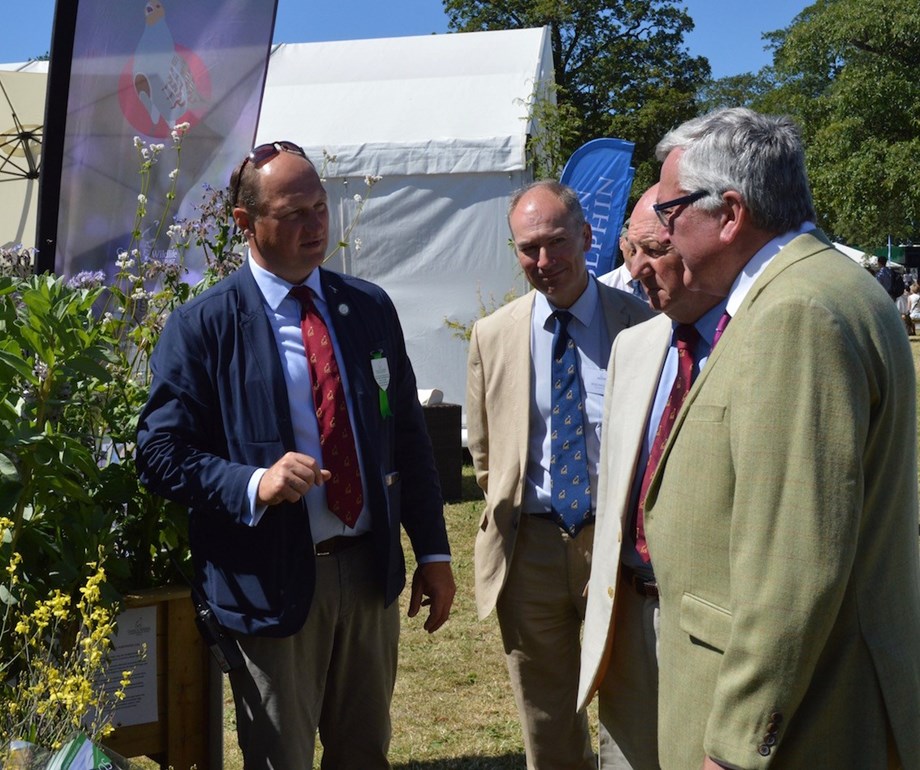 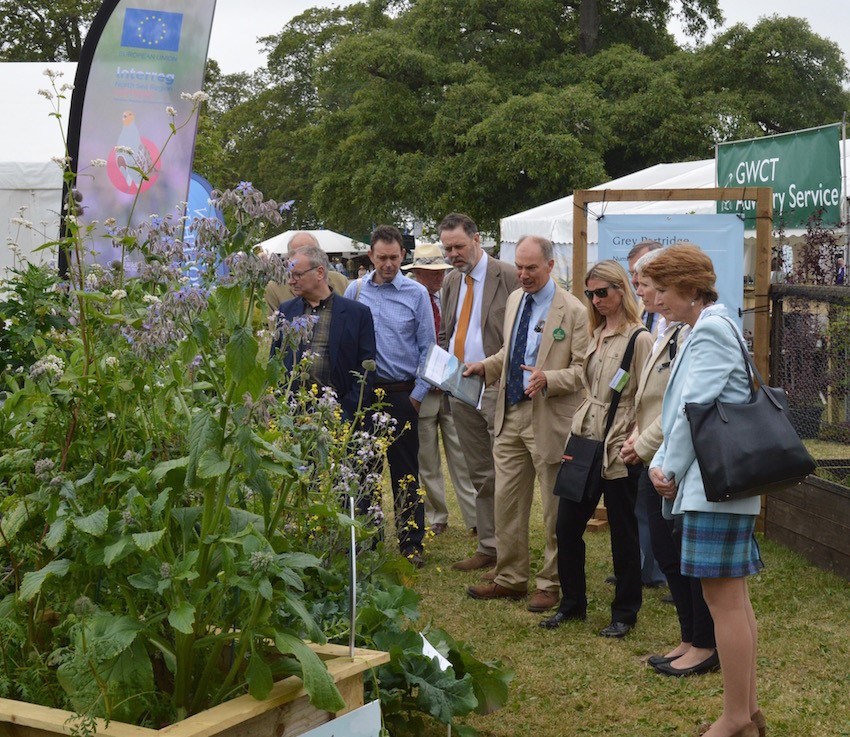 The Scottish Game Fair also gave us a great opportunity to explain to visitors how we are using lasers to try and deter mammals from protected areas in the LIFE LaserFence project. This is an unusual project and naturally elicits comments related to Star Wars and the like, and some people are disappointed when they find out that we are not zapping rabbits! The technology is currently available for scaring birds in a variety of settings and works very well, and it is the movement of the projected laser spot on the ground near to the birds that scares them off. GWSDF Auchnerran is part of a consortium of organisations in Europe, led by Liverpool John Moors University, investigating whether it can be adapted for use on mammals. This might then offer a non-lethal method of control in certain circumstances where poisons are not appropriate. 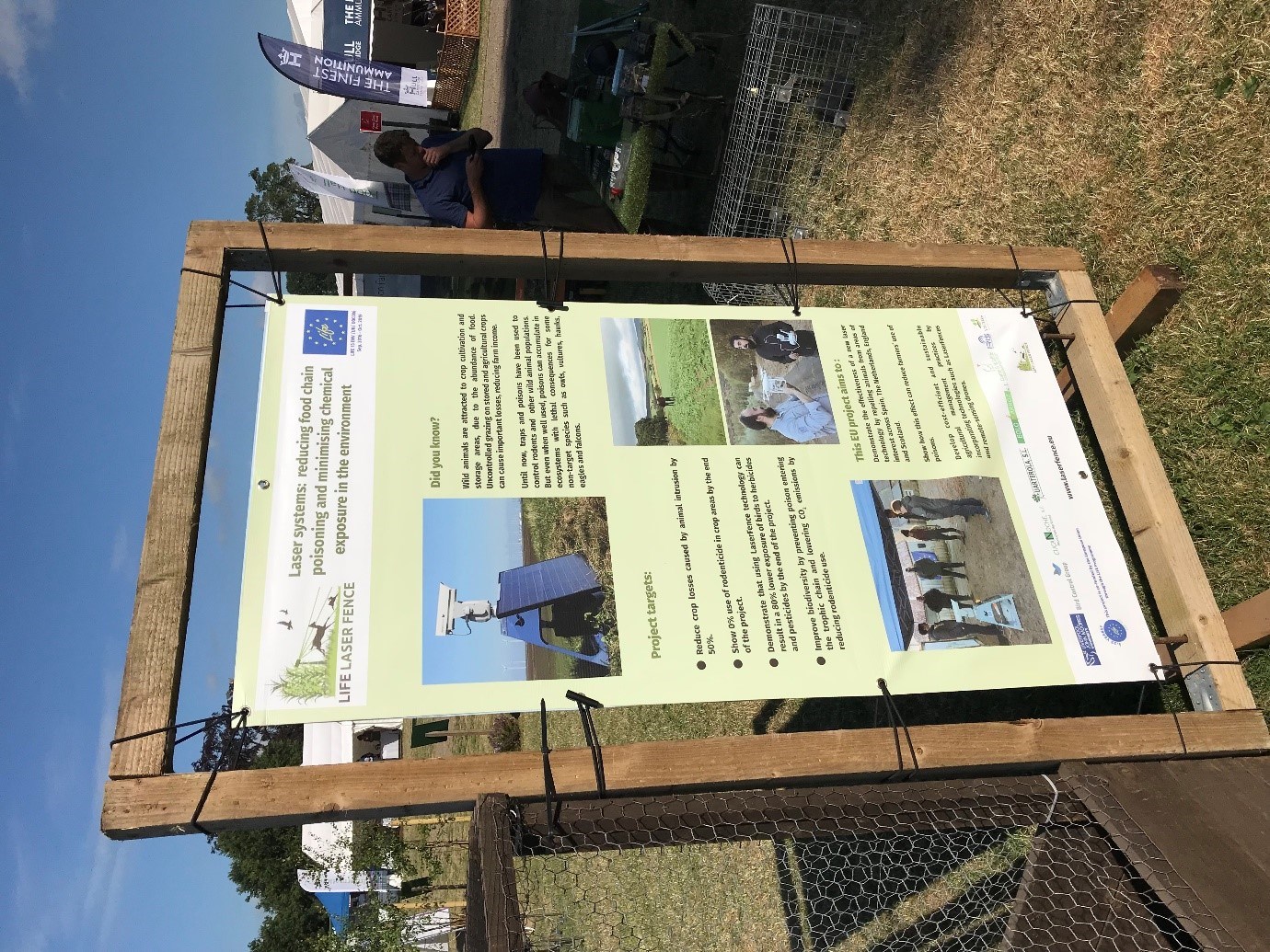 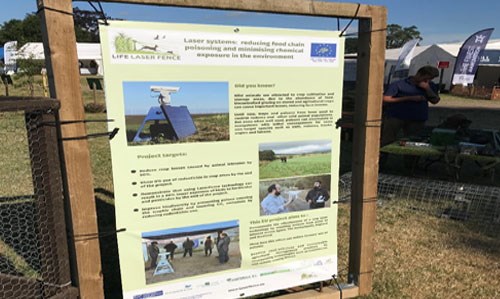