Ian Davidson visit to the PARTRIDGE project at Whitburgh Farms 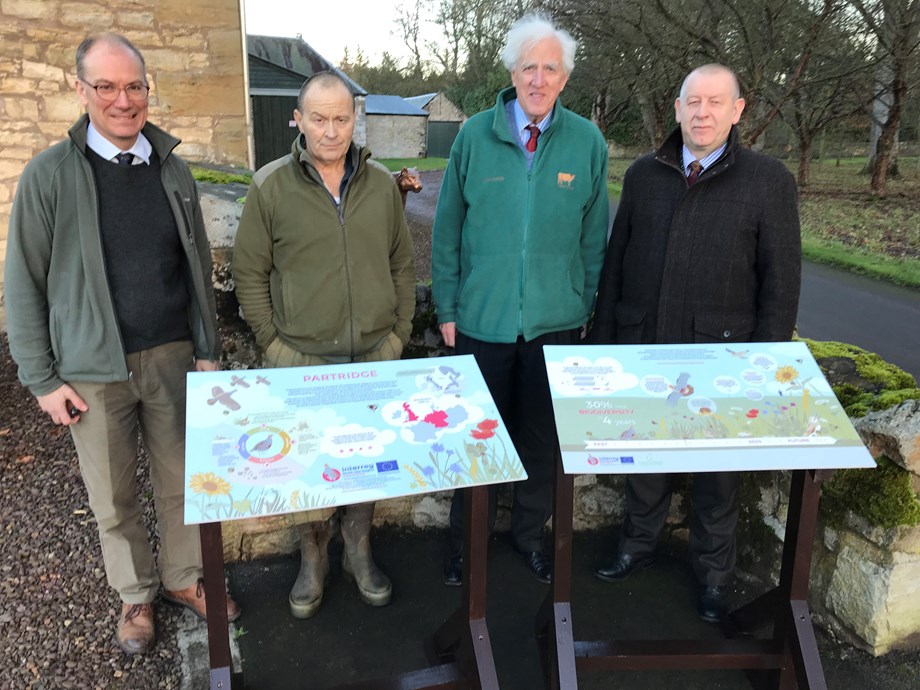 This week the PARTRIDGE project was delighted to welcome Ian Davidson, the Scottish Government’s Head of Agriculture Division, to Whitburgh Farms in Midlothian, to hear about the project aims and methods, and discuss agri-environment schemes and how they may change in the coming years. The PARTRIDGE project is a collaboration extending across Scotland, England, Belgium, Germany and The Netherlands, with each country managing two demonstration sites where tried-and-tested techniques for managing Grey Partridges are being implemented, alongside some novel ideas. The Grey Partridge is a model for this project, but it is well known that what benefits them is also great for a broad range of other wildlife.

Ian has many years’ experience delivering the Scottish Government’s rural policies and it was heartening to hear that the project’s findings might provide useful information for future consideration. In particular, whether Brexit materialises, or we remain in the EU, a shift from the current agricultural subsidy regime to one based on sound environmental outcomes such as recovery of Grey Partridges and the benefit of cover and game crops is likely to emerge. With the possibility of trials and pilot schemes emerging to assess potential outcome-based payment systems, the work being undertaken at Whitburgh is well positioned to contribute to such initiatives.

The PARTRIDGE project has already had fantastic influence in Europe with Beetlebanks introduced into the Netherlands agri-environment scheme a year after they were first demonstrated as part of the project. With luck, we might be able have an input into Scottish schemes in future too.