02 October 2018 - Published by Paul Stephens
In early September, Hubertus Vereniging Vlaanderen (HVV), together with FACE (the European Federation for Hunting and Conservation), organised a farm walk at the PARTRIDGE demo-area in Ramskapelle for more than 40 representatives of several different European hunting associations, policy makers and international experts in biodiversity put on their boots and had a look for themselves how biodiversity on arable land can be restored successfully.

The participants, who arrived from across Europe and as far as Romania, Serbia and Hungary, were welcomed by Monia Anane (FACE) the local hunters and Dr Francis Buner (GWCT), the lead co-ordinator of the PARTRIDGE project.Kathleen Vanhuyse (HVV Scientific Adviser), Francis and the local hunters showed all participants the various management measures introduced to improve biodiversity. The objective of the project is to increase the local biodiversity by at least 30% within 4 years, by creating at least 7% (35 ha) of high-quality habitat measures for farmland birds within the 500 ha demo area.

There was a lot of attention for the different PARTRIDGE habitat measures, such as the flower blocks and the first Flemish beetle bank. The participants also had the opportunity to talk with the local hunters, who were very positive about the taken measures; they provide food and cover, even in winter when the other fields are bare. They also explained that predator management is another important aspect of the whole management package implemented. The farm walk gave rise to interesting questions and discussions: about the efficiency of measures, payments for farmers, the motivation of farmers and hunters to participate in Environmental Schemes, predation and the Common Agriculture Policy (CAP). 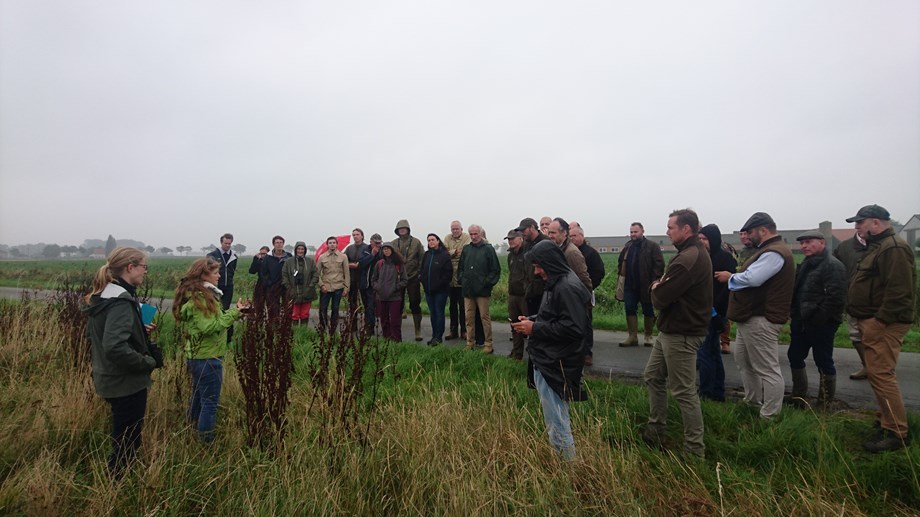 Barbara Gellinck from the Flemish Land Agency (VLM) gave information about the Flemish Environmental Schemes. She explained that VLM hopes, through the PARTRIDGE-project, to optimise the existing environmental scheme for farmland birds in Flanders. She also supported the plead for sufficient government funds to implement the improved measures offered by the scheme; enough to reach the necessary goal of 7% high-quality habitat to help recover farmland wildlife across the whole region.

The excursion had two aims: first, to inspire the participants to organise similar projects in their countries and regions and secondly, to demonstrate the need for a new European agriculture policy that rewards projects like PARTRIDGE and produces environmental benefits for the wider society.

Joseph Van der Stegen, from DG Environment of the European Commission, who usually works around the bird and habitat directives, indicated that in the future there would be more attention to farmland birds and the wider biodiversity of the country side in this debate. 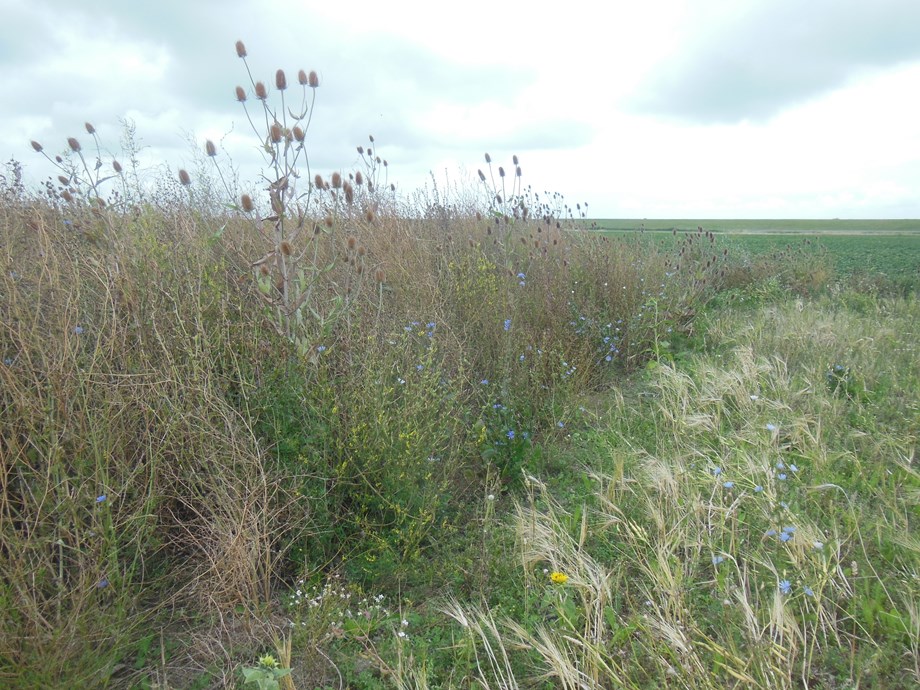