How partridges can bring an array of colour to our farmlands

26 September 2019 - Published by Paul Stephens
For good reasons, partridges are well camouflaged and are not one of the more flamboyant birds to be found on farmland. Never the less, they can bring an array of colour to the landscape by other means - by the habitat provided for them!

The usual PARTRIDGE flower blocks are sown in spring (50% of the area resown in any year, the rest remaining untouched in order to provide continuous cover). This means frost sensitive plants such as sunflowers or buckwheat can be included in the seed mix; these are readily available. Also, spring-sown parts of the plot provide an open vegetation structure for longer and therefore better chick rearing habitat. 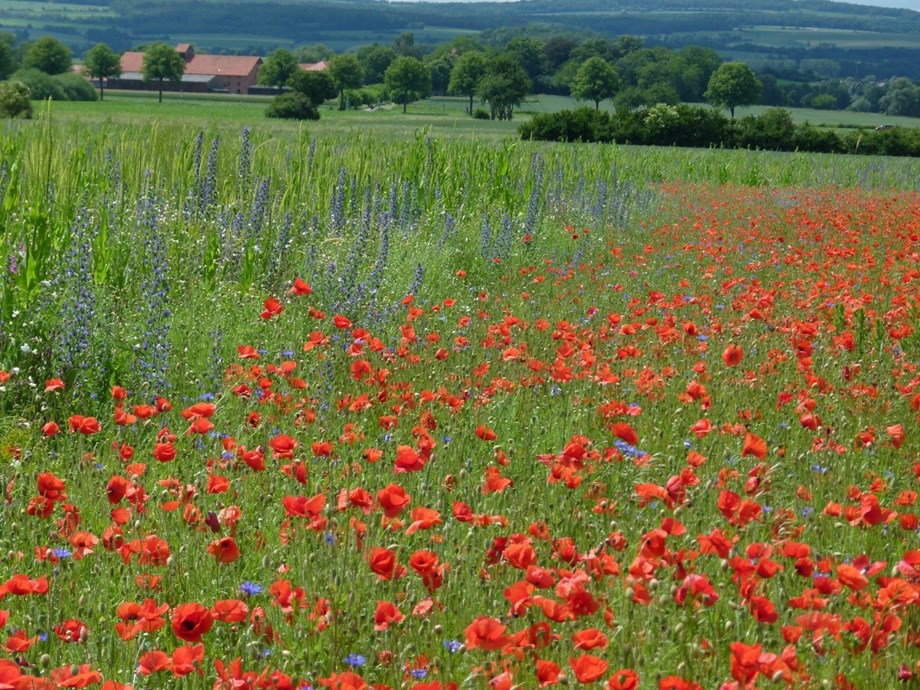 Last year, one of our German farmer stakeholders at our Diemarden PARTRIDGE demo site suggested to test an autumn-sown PARTRIDGE flower mix.

Autumn-sow mixes need to consist mostly of native plants, which can withstand frosts. Such mixes are typically more expensive and are more difficult to establish but are likely to be more beneficial for native insects (because of the higher number of native species used). Cultivation is similar to the spring-sown PARTRIDGE flower blocks. In the first year 100% of the area is sown, in the second year during September 50% of the area of each patch is resown. After the second year, self-sowing of the plants is expected to occur naturally. Therefore, in the following years all that is needed is the tillage of 50% of the plot. This means that no new seed mixes need to be bought for the subsequent management of the plot, hence cutting down on costs. The seed mix is described here.

The results of this year’s first trial look very promising: The autumn-sown PARTRIDGE plots started to bloom earlier (end of April) and the flowering period continued longer into late summer than the spring-sown mixes. However, the vegetation structure on the resown parts in autumn may turn out to be denser compared to spring-sowing. Unfortunately, this might mean that the vegetation structure of the autumn-sown mix is less favorable for partridge chick rearing than in the spring-sown mix. Luckily, we did observe this in only one of the plots this year. In this case, a switch to spring tillage may be possible after the vegetation is established, something we will be testing next year.

The following photos show the changes in vegetation in the second season of one of the autumn-sown PARTRIDGE plots at Diemarden. The resown half of the block is unfortunately located at the far side of the plot and hence cannot be seen in the photos below. 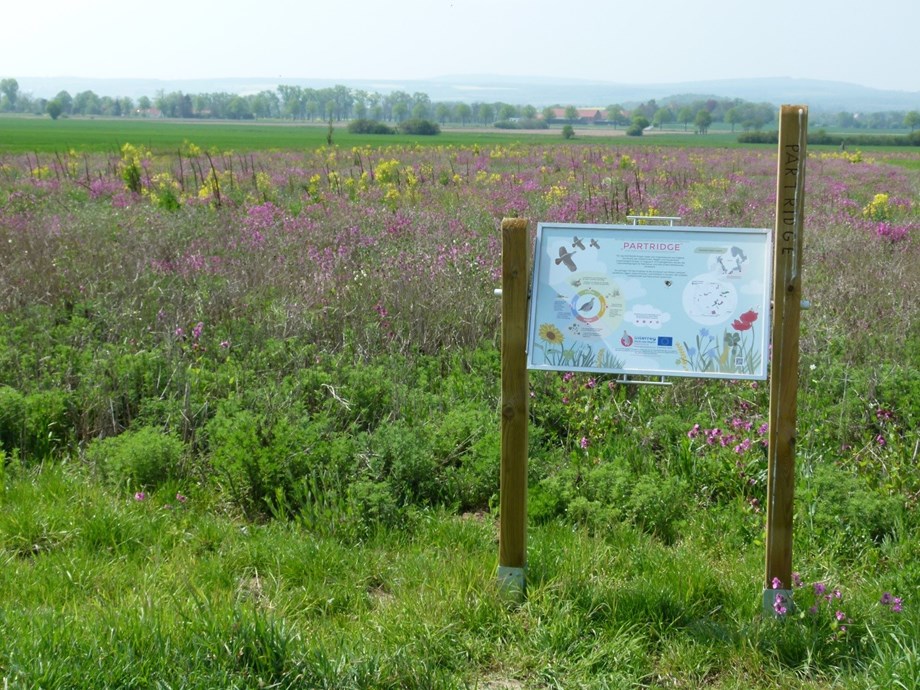 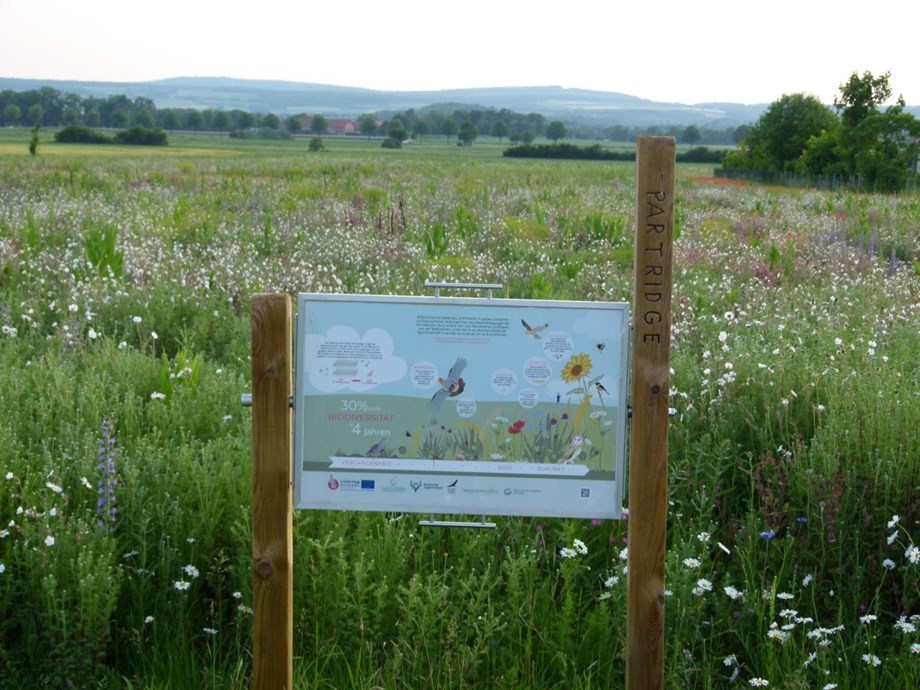 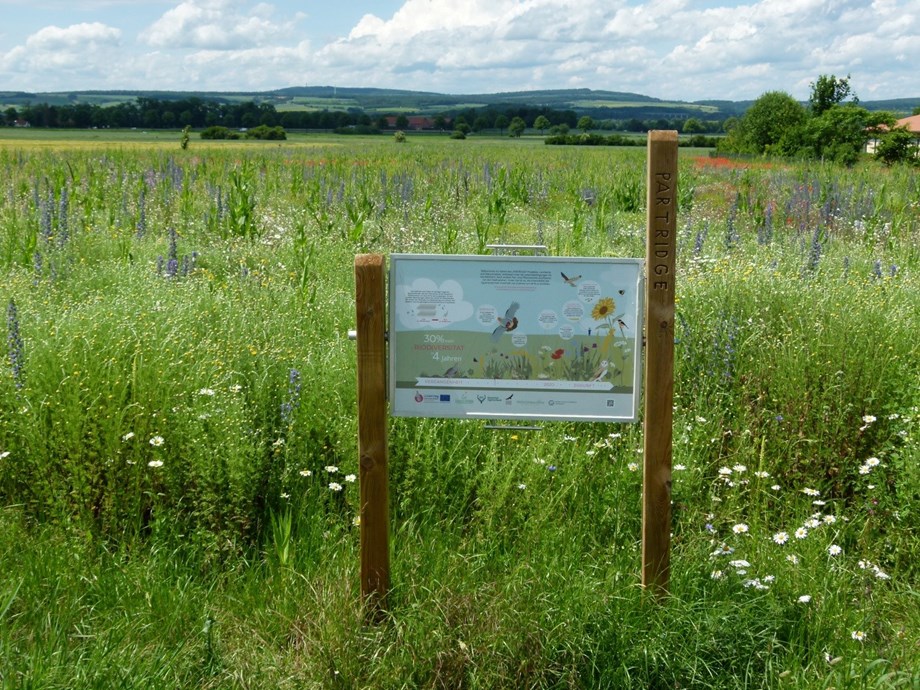 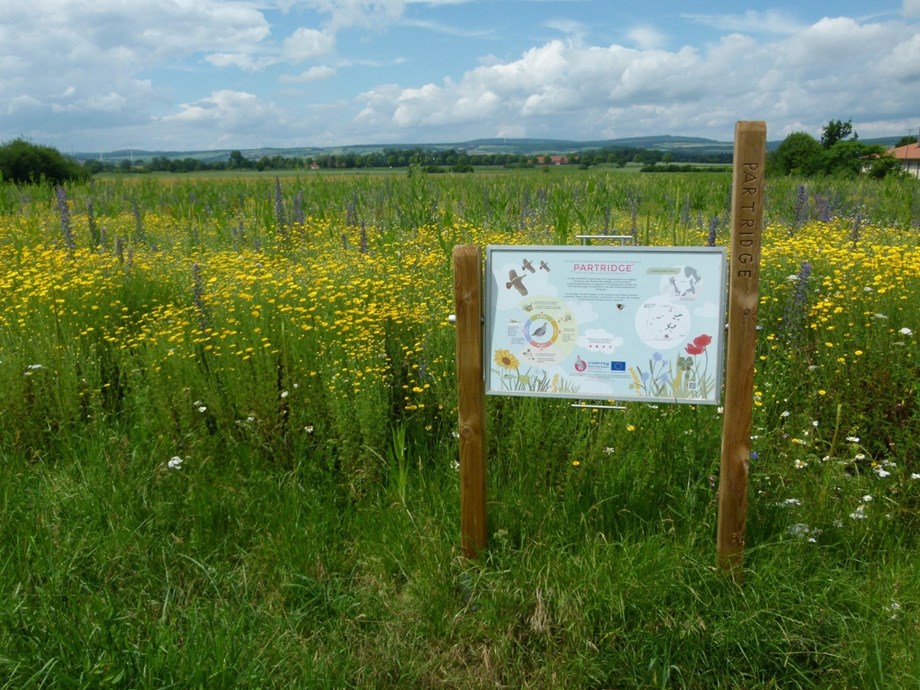 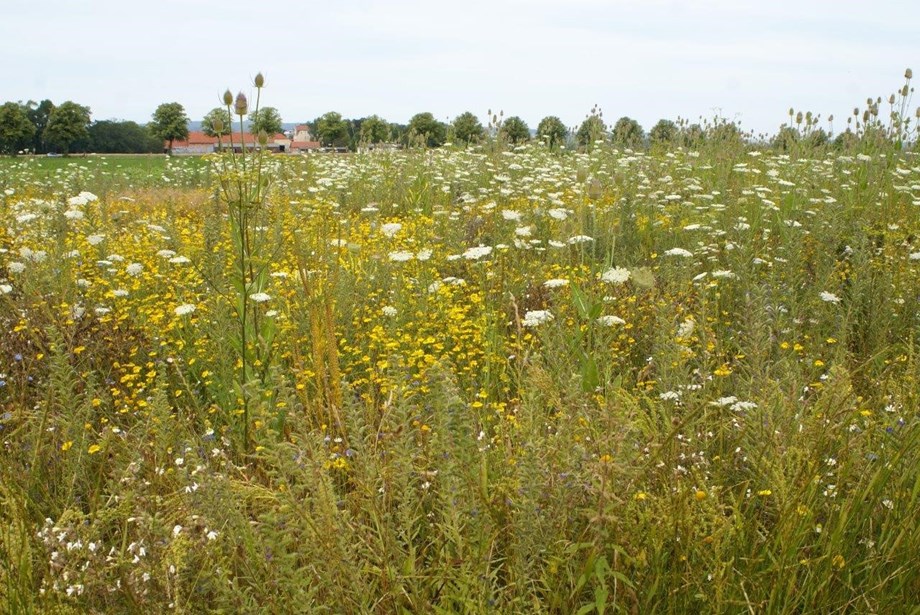 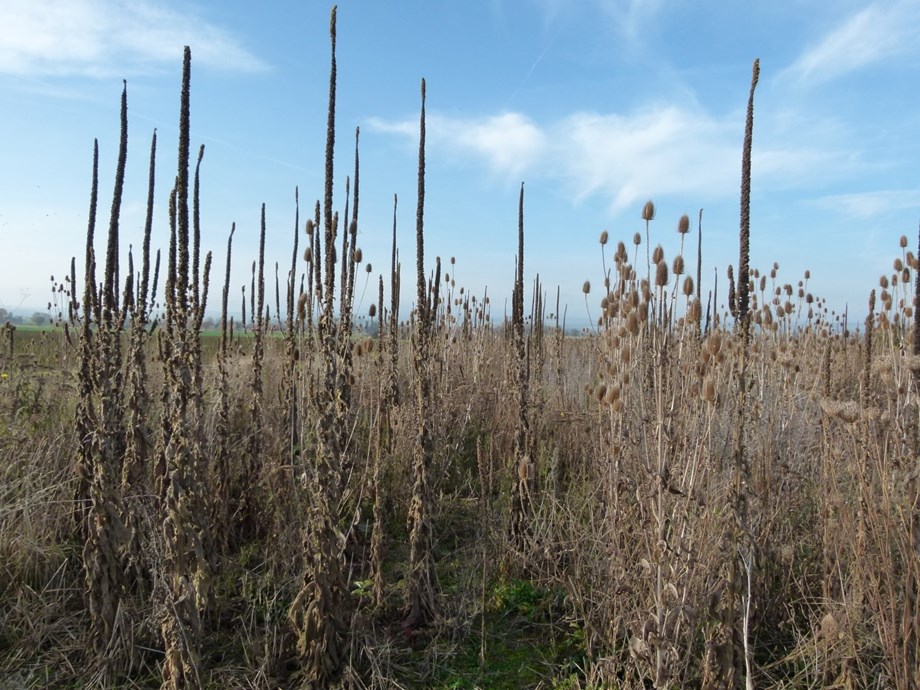