As requested by ‘Brabants Landschap’, research was carried out between April and the beginning of September 2017 on the quality and quantity of insects on farmland, this was carried out as part of the Interreg PARTRIDGE project.  The Interreg project consists of organisations from five European countries with the goal of proving that conserving farmland biodiversity is compatible with the modern way of farming. The Grey Partridge (Perdix perdix) was chosen as the ambassador species for this project.

One of the 10 demonstration sites, `Oude Doorn`, was selected for the introduction of field margins, beetle banks and flower blocks. The knowledge and experience of the other participating organisations where instrumental for this part of the project. Brabants Landschap is the first organisation in The Netherlands to establish beetle banks on this scale.

Beetle banks offer ideal habitat for insects, which for their part are the main food source for partridge chicks in the first few weeks of life and form a significant part of the food source for a range of farmland birds. Because of the great importance of insects, research was carried about the effect of beetle banks and flower blocks on the insect numbers.  For comparison purposes, research was also carried out on farmland without habitat improvements for the farmland birds. 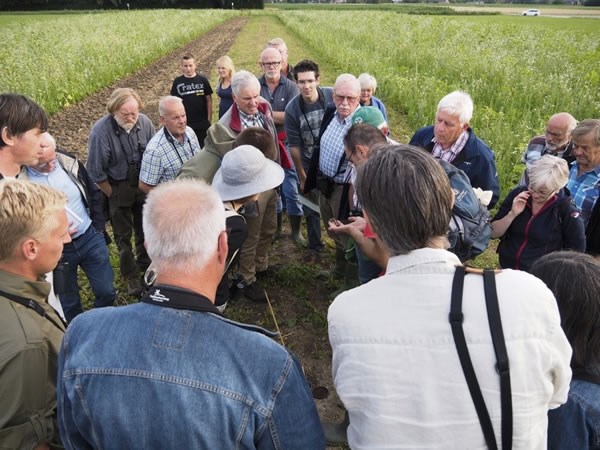 A combination of three different methods were chosen for monitoring the insects, pitfall traps, beat samples and direct sightings. Field research was conducted weekly from the end of April till the beginning of September, when weather conditions were appropriate.  The research took place on five different arable fields belonging to three different farmers. In total 70 pitfall traps were placed and the total transect length for the direct sightings was 450 meters. On each visit 45 insect swipe samples were taken using a hand-held insect net. A total of 15 monitoring visits were carried out, each site visit took 10 hours. 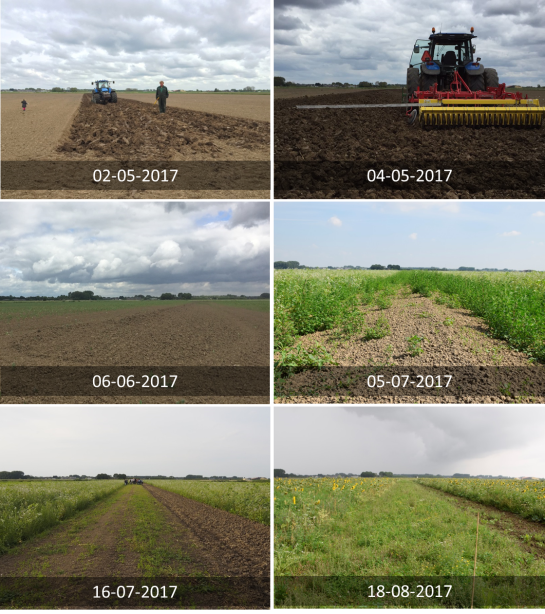 The most prolific insects were ground beetles which were recorded during all site visits. Sometimes mice, frogs and even newts were found in the pitfall traps. The most spectacular sighting was on the 25th of August when a Large Conehead (Ruspolia nitidula) was found. This is a good sign that this type of grasshopper may successfully establish a foothold in The Netherlands.

Seeing the first results, the introduction of beetle banks and flower blocks seem to contribute to a higher insect biodiversity. At the end of April 2018, the final results will be presented. 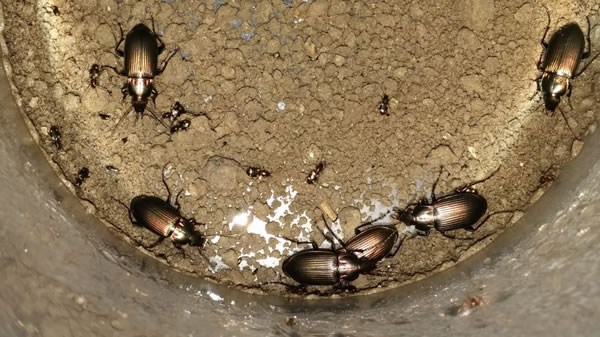 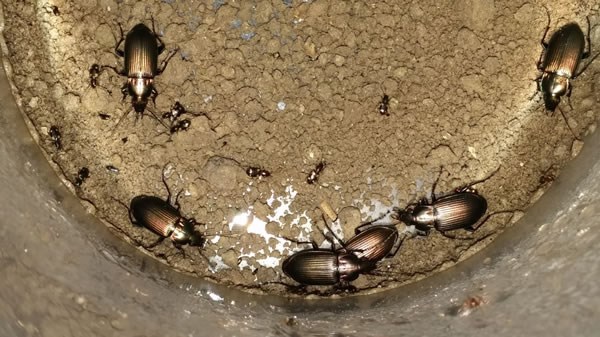 This research is the graduation project of two students of the Forrest and Nature Management Course at the Hogeschool Van Hall Larenstein, Dennis Maas and Iris van der Arend.

In project PARTRIDGE Brabants Landschap, het Zeeuwse Landschap, Landschapsbeheer Zeeland and Birdlife NL, all worked together with farmers, agricultural collectives, fauna units and bird groups to provide a perspective for the farmland birds on Dutch farmland. The total budget of  PARTRIDGE is more than 4,5 million Euros. In The Netherlands 1,1 million Euros have been spent on the project, half of which is paid by the European Union, through Interreg, the other half is paid by the county of Noord-Brabant, the county of Zeeland, Birdlife NL and a private foundation, which has donated 100.000 Euros to Birdlife NL.