For those of our farmland birds which do not migrate, winter can be a challenging time. Not only are there fewer sources of food but also less cover to protect them from the elements and predation than during the summer breeding season. So how do grey partridges cope with the winter period, especially between December and February when natural food and cover are at their scarcest?

Recent radio-tracking studies carried out during the winter months in Germany and Switzerland have shown that grey partridges spend most of their time in the middle of arable crops, in particular cereal fields, stubbles and oilseed rape. In the same areas, partridges showed a particular preference for wildflower plots or strips (they are similar to wild bird seed mixes in England or the PARTRIDGE flower plots used in the PARTRIDGE project) despite the fact that these habitats, typically financially supported by agri-environmental schemes, are relatively scare (Gottschalk & Beeke 2014, Buner et al. 2005). 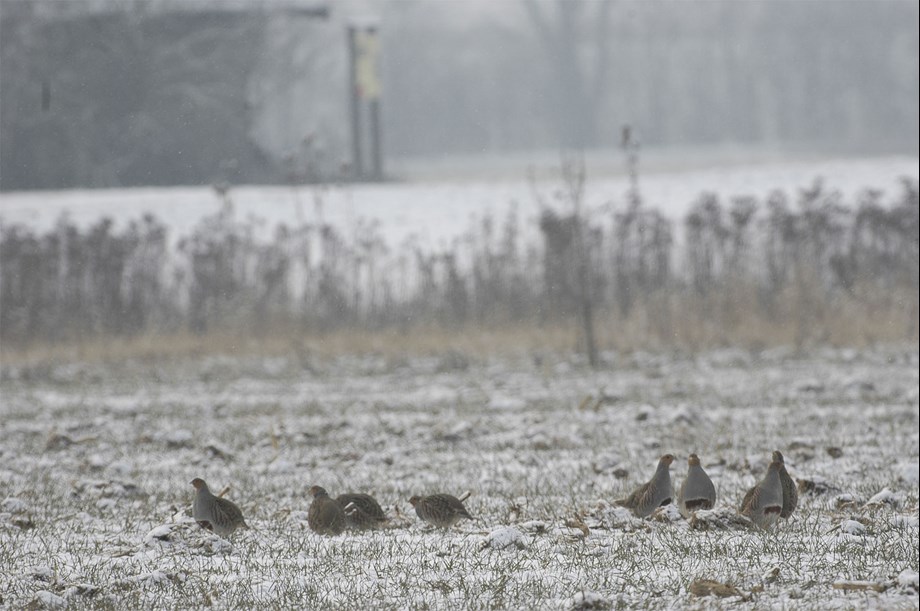 On the other hand, older literature, such as by Middleton and Chitty (1937), report that partridges prefer stubble fields during the winter months. We quote: “The fact that partridges are always to be found feeding on the old stubbles at this time of the year has led to the belief that these are the ideal feeding grounds. Actually, on well-cultivated area (this is a quote from 1937!), there is very little food to be found anywhere else, so the partridges probably have no choice in the matter”. Since the second world war, winter stubbles have unfortunately declined drastically (as result of a shift from spring to autumn cropping) and are a rare sight in many parts of Western Europe nowadays.

In short, grey partridges spend most of their time during the winter in open fields such as stubbles, cereals or oilseed rape, depending on which crops are grown in the local area. 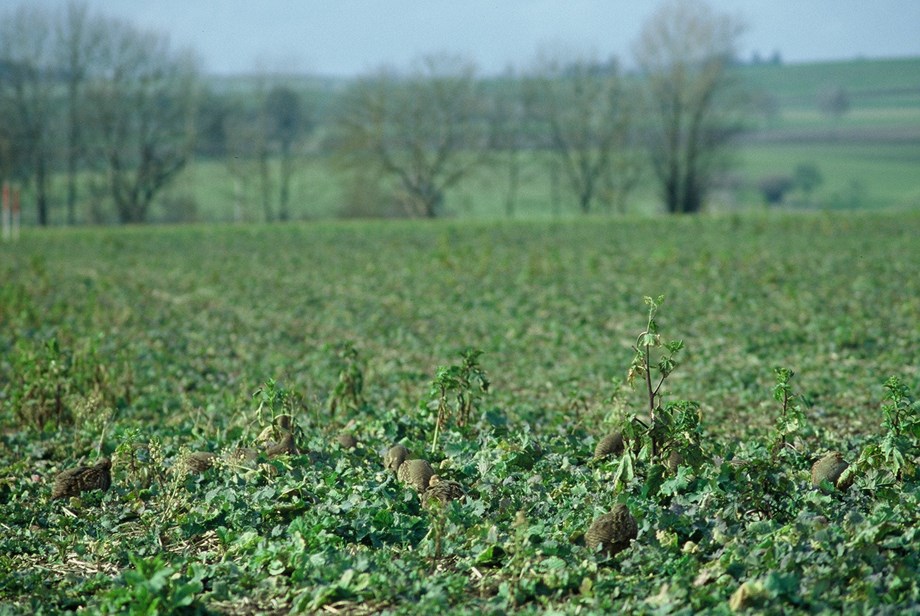 So, what do partridges eat during this period?

One of the earliest studies examining what partridges feed during the winter, was carried out in England by the same Middleton and Chitty quoted above. A later study from Poland by Oko (1963), essentially repeated that research but improved it by analyzing equal sample sizes of wild partridges across the whole year. Although seeds of arable weeds or harvest wastage (particularly wheat) were more abundant before and after the war than they are today, these studies demonstrated that even at that time, winter food was composed mostly of green leaves.

During the winter, leaves (mainly from cereals) amounted to up to 90% of the weight found in partridge crops whilst the rest consisted of seeds from weeds; in January the maximum proportion leaves contributed was even 99% in the case of Oko. Later on, another study from England by Potts (1986) confirmed the high energetic value of the freshly grown leaf tips of crops.

Orlowski et al. (2011) elegantly reviewed eight different studies on partridge food across the species’ range which all confirmed that, physiologically, partridges can survive for long periods with a diet of almost exclusively leaves. These authors write in their summary: “Cereal leaves might replace other food items, which suggest that food resources are not a critical factor limiting the population of Grey Partridges during winter.” 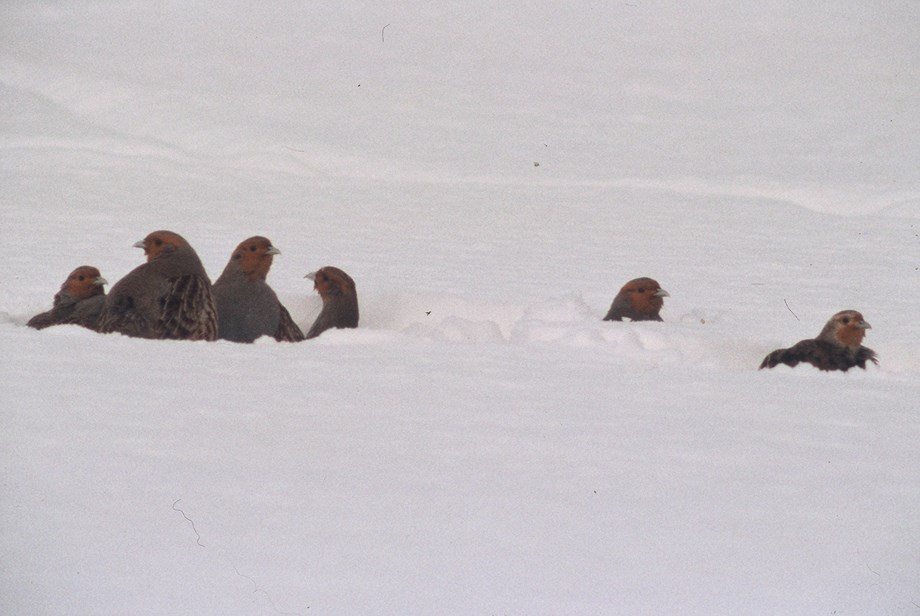 However, especially during high snow cover, partridges must decide between foraging and hiding – and foraging in the open can be a risky business. When eating, it is impossible to watch out for predators simultaneously, which is why at least one bird in a partridge covey is always vigilant while the others are feeding.

The major factor that determines grey partridge survival in winter is the increased time they spend being exposed while feeding, especially during periods of high snow. Data collected by Gottschalk & Beeke (2014) showed that the risk of predation was five times higher during months with snow than without. At this time feeders may help partridges to survive the risky period by having to spend less time foraging in the open.

More about supplementary winter feeding and why we promote it in PARTRIDGE, in one of our forthcoming blogs.

Written by Eckhard Gottschalk, University of Göttingen and Francis Buner, The Game and Wildlife Conservation Trust