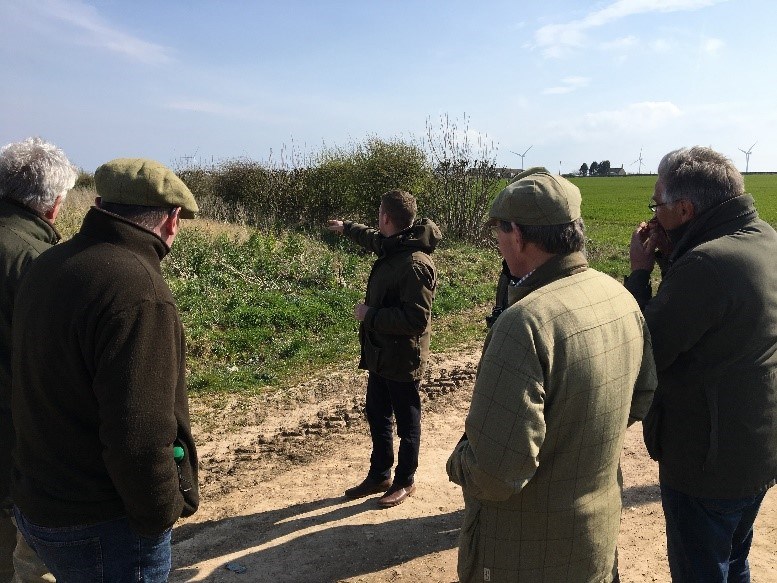 On a sunny but windy day in April, a group of farmers visited the Interreg North-sea region PARTRIDGE demonstration site, Balgonie.  Along with Fiona Torrance, PARTRIDGE research assistant, the group were also joined by GWCT Scottish head of policy Ross Mcleod and Kings technical advisor Alan Johnson.  After hearing about the innovative PARTRIDGE wild bird seed mix planted in 2018, the farmers were keen to see how it was performing and learn about management strategies which they could implement on their own farms.

During the visit, the group found out from Fiona what the PARTRIDGE project is trying to achieve and were shown some of the different types of mixes that have been sown, with Alan talking them through how the mix was developed and how it is performing.  The farmers were particularly interested in some of the management strategies that have been implemented, such as wider blocks, topping sections and reduced sowing rates – all designed to make cover crops better suited to grey partridge and other farmland wildlife. For example, simply reducing sowing rates can, with some seed-mixes, greatly help wildlife move through the crops and keep the crops drier at ground level. 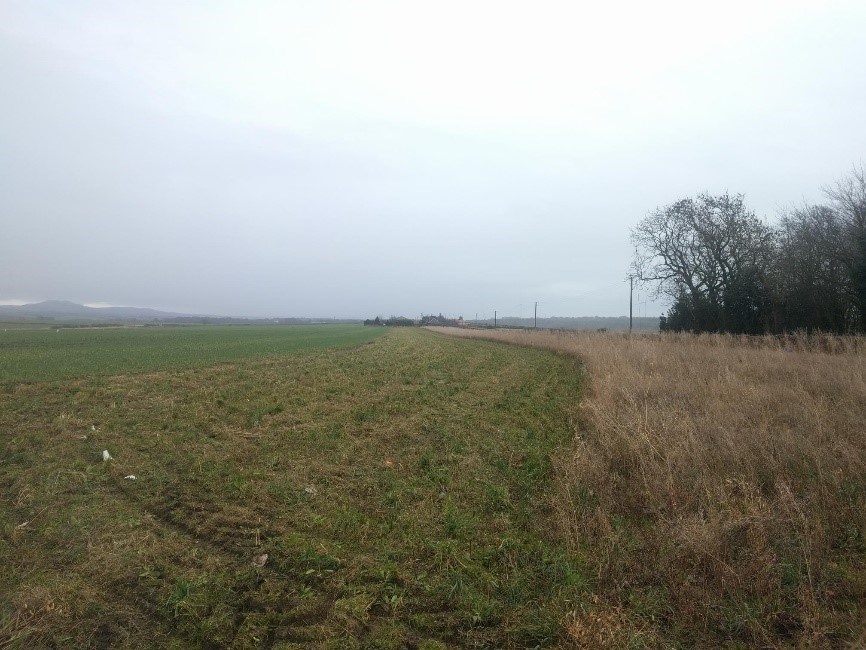 Following the visit, the group later decided to form Scotland’s first farmer cluster, the Strathmore Wildlife Cluster.  Farmer clusters are a great way to conserve farmland wildlife on a landscape scale, as groups of farmers work together to implement measures aimed at increasing farmland biodiversity, a goal shared by the PARTRIDGE project.  Hopefully this is the first of many clusters in Scotland, and we look forward to sharing our knowledge with others in the future.