19 December 2018 - Published by Paul Stephens
Over the past two years, farmers within the West Flemish polder have been hard at work establishing a variety of conservation measures at the demonstration site at Ramskapelle. This 500 ha site is part of the European PARTRIDGE Project, which is aiming to restore farmland biodiversity, using the grey partridge as its flagship species. On 15th November a party of 35 people, consisting of project partners, steering committee members and farmers from across the North Sea region, came to admire and celebrate all their efforts.

In the PARTRIDGE Project farmers, researchers, hunters, nature conservationists and policy makers are working together to create more high-quality habitat for the grey partridge and other farmland birds within the North Sea region. In Belgium VLM, INBO, Eco², HVV and Inagro are aiming to produce 30% more biodiversity within their two 500 ha Belgian demonstration sites by 2020. The Ramskapelle demo site consists of 28 active farmers, of which eight are contracted by the PARTRIDGE project and have recently established high-quality habitat for partridges on their farms.

The farm walk began with a short introduction about the historical background of the region, the farming practices used within it, and the farming implications of the heavy clay soil found in this area. The international party then proceeded into the fields to view the recent achievements and measures with their own eyes, startling a covey of grey partridges who quickly took cover in the uncut grass margins. One farmer explained how the flower blocks within the fields can provide high-quality habitat for grey partridges and other farmland birds in the form of food and cover, without impeding on his other agricultural practices.  Bushes of dog rose, hawthorn and blackthorn had also been planted to provide the birds with more protective cover within the open landscape.

One highlight was being able to show the recently established beetle bank, which is a linear strip of raised earth that attracts many insects due to the shelter it provides. This element not only benefits the grey partridge by providing the main food source for their chicks, but farmers also benefit from the natural pest control it provides. A couple of weeks ago the beetle bank was resown due to the exceptional drought last spring and summer which caused the previous germination to fail. However, experts present on the farm walk reassuringly confirmed germination looked much better this time round.  An equally promising observation was that the different flower blocks showed a very good overall result despite the difficult growing conditions caused by the drought. 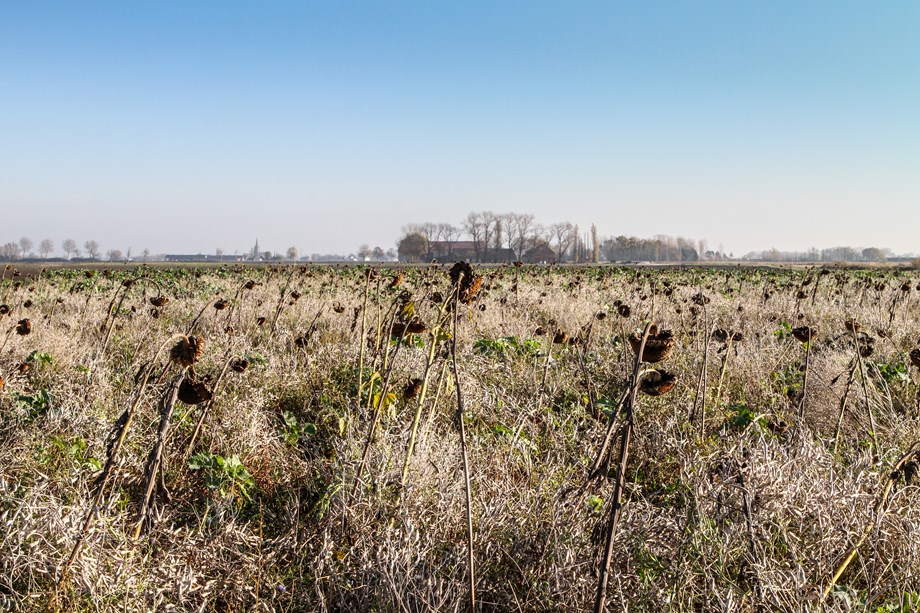 The day did not only consist of showing the measures established in Ramskapelle, but also the sharing of information and experiences across different nations. Some farmers in Ramskapelle were concerned about a possible weed burden caused by flower blocks in the future, but they were reassured by other experienced farmers that they haven’t had any weed problems caused by this measure. The local farmers also got some more advice and tips for the future management of their PARTRIDGE measures.

Throughout the day, it became clear to everyone that the measures were paying off. We were treated with sightings of goldfinches (and a marsh harrier hunting them), pheasants, kestrels, meadow pipits, skylarks, and both silver and grey herons. The sighting that caused the most excitement was that of a yellowhammer as it was a newcomer to the area!

The project is now a little over halfway and all the measures that were planned have been established in the Ramskapelle demo site. Throughout this project, the habitat measures are being carefully maintained, and the number of partridges, hares and breeding birds are being closely monitored. We are confident that the grey partridge, together with the general farmland biodiversity, will get a big boost from all these recent efforts by farmers of Ramskapelle. 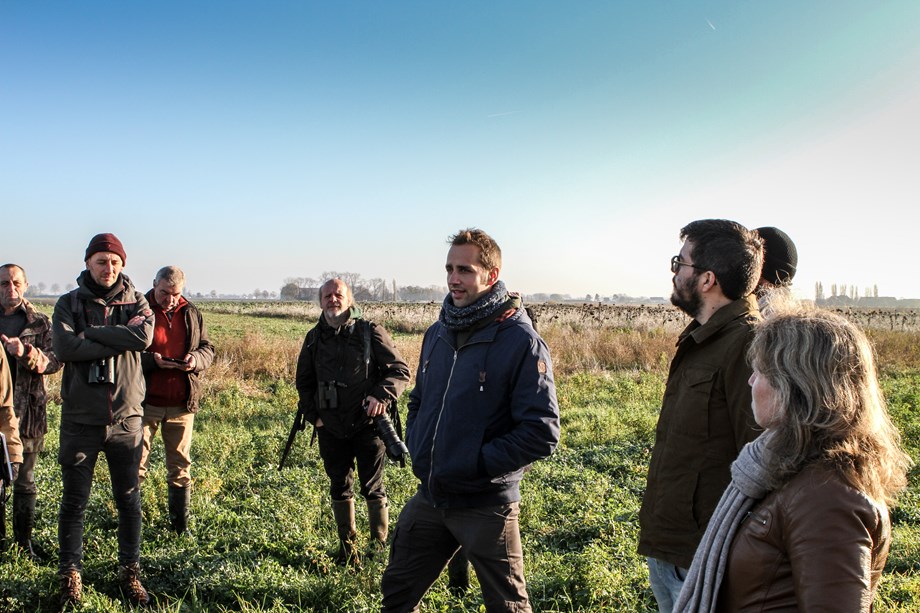