22 August 2018 - Published by Paul Stephens
After a few days of dreich weather, we were blessed with a fine day for the latest Whitburgh farm walk. The main focus of the Interreg-funded PARTRIDGE project is to improve future agri-environment schemes so that they may help land managers to better support farmland wildlife, using the Grey Partridge as a model species.

So, the theme of today’s walk was what the assembled group of local farmers, conservationists and others thought of these schemes: what works, what doesn’t and what might be missing. The event was held in conjunction with SNH who are also pursuing very similar aims.

We began with a general discussion of the management philosophy on the farm and how the shoot and farm operations are integrated as far as possible. We also learnt that Whitburgh was in the Rural Priorities Scheme a few years ago, with support for grass margins, cover crops and other measures, but did not renew because of the problems they’d encountered with restrictions on how and when they were able to manage the grant-aided habitats.

For example, spot-spraying was found to be impractical when you have a major thistle problem in several kilometres of grass margins, and some required actions were felt to cause disturbance during the breeding season, causing counter-productive conflicts with the aim of the management plan as a whole. It turned out that this was a message from several other quarters too – and mirrors sentiments expressed at other SNH and GWCT meetings recently in Scotland.

No such weed problems were evident in some of the new PARTRIDGE cover crops sown at Whitburgh last spring and this: many of the plots were looking fantastic. 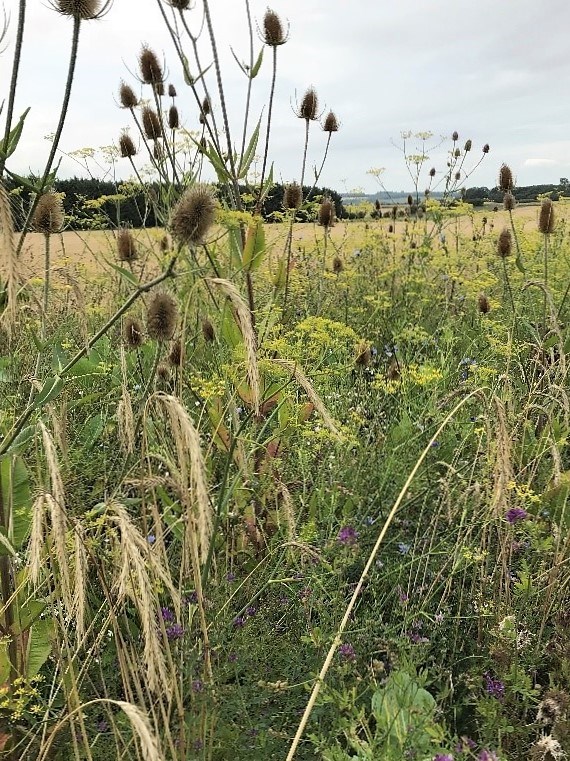 These are designed to provide year-round cover when sown in large blocks so that one half can be cut alternately each year to maintain permanent short brood-rearing cover alongside excellent escape/nesting cover.

Another hot topic was farmer clusters. This is where groups of local farmers get together and decide what conservation action they want to carry out and how. The concept has been widely taken up in England with GWCT and Natural England leading the way, but in Scotland has so far failed to fly.  The consensus was that the main reason for this was probably the lack of financial support to help the early stages of such a venture (unlike in England), complicated by the relatively high incidence of tenanted farms in Scotland which, it was suggested, means farmers have different priorities for future planning.

The GWCT in Scotland, along with SNH and other organisations, is working hard to try to circumvent these obstacles and persuade Scottish Government to help more. Interestingly, they already encourage cooperative actions which focus on measures to improve productivity, so maybe it would only require a tweak to these mechanisms to include conservation projects. And there is a precedent: one of the attendees recalled the Natural Care Scheme run by SNH in Dumfries and Galloway, which supported the coordinated management of the land around SSSIs to help enhance those sites. This had proven popular because it was non-competitive and flexible, making it easy to facilitate coordinated action.

With Natural Capital featuring heavily in the Scottish Government’s strategic thinking, we briefly explored what this might mean for future agri-environment design. It was felt that post-Brexit, schemes will increasingly focus on outcomes that sustain or enhance soil, water, air quality, habitats and species. However, we also recognised that such packages would have to be suitably incentivised to encourage participation.

To top it all, a brood of three very young – very late – Grey Partridge was spotted earlier in the day: an encouraging sign suggesting that the hard work by the Whitburgh team was paying off! 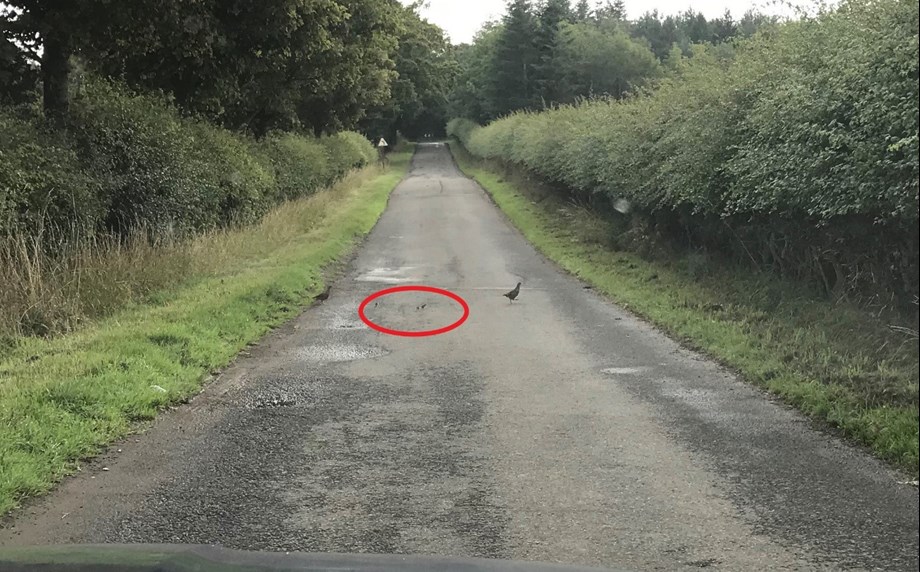