19 June 2018 - Published by Paul Stephens
On May 24th, 70 people gathered for a PARTRIDGE meeting in Brabant about foxes in the Netherlands. There was a variety of attendees, ranging from farmers, volunteers, hunters, ecologists to residents. The majority were local people that are involved in the North Sea Region Interreg-project.

The fox as a predator of ground-nesting farmland birds is a heatedly discussed topic in the Netherlands, as this contributes to reduced breeding success and/or increased mortality of threatened species such as grey partridge and black-tailed godwit. In both bird species, the extent to which foxes are a major mortality factor and whether foxes should be controlled, must be carefully examined. Within the PARTRIDGE project, legal fox management practices at all 10 demonstration sites are closely monitored. But what is actually the biology of this fascinating animal? What is the fox’ annual life cycle? How are fox populations organized? What factors govern the size of these populations? How big are fox territories? Under what conditions can fox hunting be made more effective?

PARTRIDGE coordinator Jochem Sloothaak started the evening by presenting some first, preliminary results of the demonstration site Oude Doorn. Only two years into the project, almost 10% of new high-quality habitat tailored towards the grey partridge has been established at the demonstration site Oude Doorn. Preliminary results indicate that the grey partridge and pheasant populations have already increased. Insect monitoring showed that there was a large increase in insect abundance after habitat improvements had been introduced. Many thanks for these achievements are due to all volunteers and students helping with the monitoring. 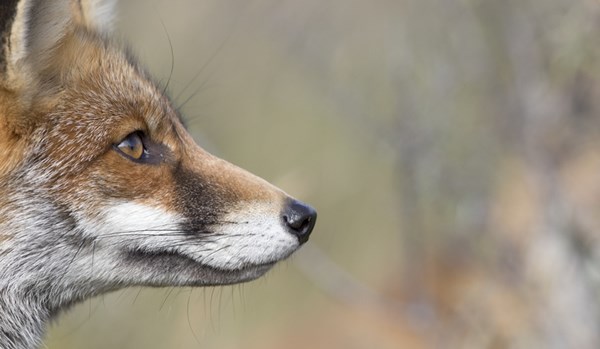 All attendees were keen to learn from the talk given by fox researcher Jaap Mulder about the ecology of the fox. Jaap Mulder has been researching predators for over 35 years, with most of his work focusing on foxes. He advises ecologists, landowners and politicians about how to deal with the species. Mulder showed that extensive research has been done on fox biology and population dynamics, some of which carried out by himself. Foxes are highly territorial and as a generalist predator their numbers are influenced by food abundance, mainly voles and rabbits.

However, foxes are opportunistic predators: if traffic casualties, eggs, garbage waste, fruit or geese chicks are available, these will be taken as well. One of the key points of Mulders’ lecture was that the fox is its own natural enemy and that the territorial system of the fox sets a limit to population size. Foxes that have managed to settle a territory, can be considered successful individuals.

Foxes that haven’t lead a harsh, stressful life with high levels of conflict with other foxes and high mortality rates, due to the risks associated with not having a territory and in continuous search for a vacant one. As the Netherlands has a large population of foxes and year round abundant food resources, the territory of a deceased fox is immediately taken over by another one. Studies have shown that this can happen within a matter of days.

In regards to the legal culling of foxes within the Dutch context, fox hunting should focus on the mating period in February and March. Mortality caused by fox hunting outside this period replaces natural mortality and hence is less effective in reducing the population. In the Netherlands, fox hunting is allowed year round between sunrise and sunset. Permits to hunt foxes at night, e.g. by lamping, can be issued by provinces. Although foxes have been shown to be the main predator of partridge nests and hens, one should be aware that foxes are just one of many predators in the landscape. By removing foxes, other predators such as weasel, stoat and marten are likely to increase.

By offering more breeding habitat (such as cover crops, beetle banks, hedges) and distribute these in a clever way over the landscape, as we do in PARTRIDGE, we reduce the likelihood of nests to be found and predated by foxes and other predators. 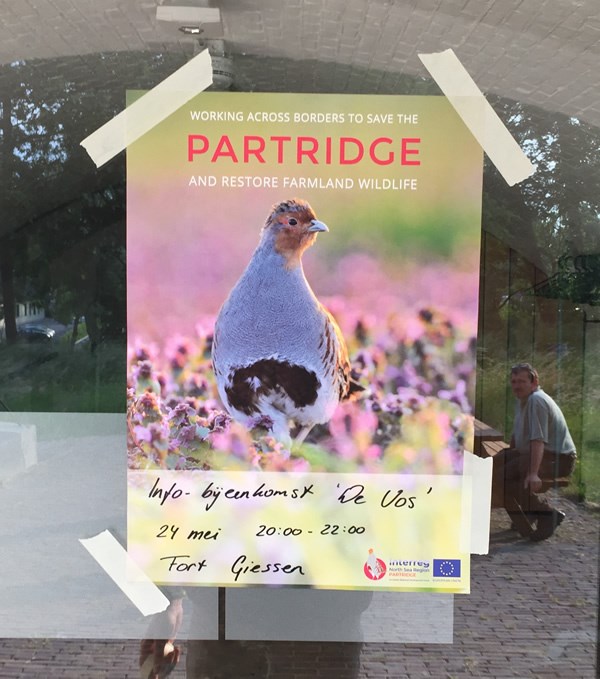