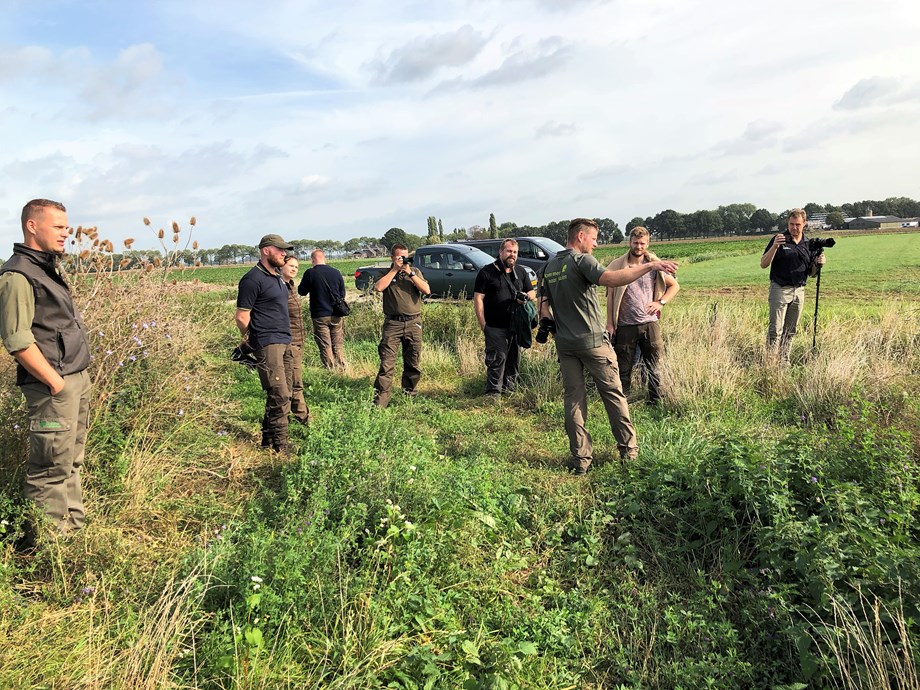 On Thursday 20 September, employees of the Danish Hunters Association visited the PARTRIDGE demonstration site ‘Oude Doorn’ in Brabant, NL. The Association inspires, brings together and organizes 90,000 Danish hunters across eight different districts. At the farm walk most of these districts were represented by advisers who were very interested in the PARTRIDGE project as they run their own partridge recovery projects in Denmark. One of their wildlife consultants, Lene Midtgaard, is also a member of the PARTRIDGE Steering Group Committee. From the Netherlands three board members of the local Hunter`s Association were also present.

The day started at the farm of Rens Kolff, one of the farmers participating in PARTRIDGE, with an introduction of ‘who is who’, followed by a presentation by Jochem Sloothaak, demo site manager from Brabants Landschap, about the project`s approach, its aims and objectives, the different monitoring activities carried out and some first results. After lunch, which consisted only of local products (including Dutch pancakes and Kroketten), the group visited the PARTRIDGE habitat measures in the project area where several management aspects were discussed. Special attention was given to the use of hopper feeders (to provide winter food during the ‘hungry winter gap’), the rotational management of the PARTRIDGE flower blocks (to provide suitable cover all-year round), and the seed mixes used on the new beetle banks installed. The group further looked at sterile strips (which allow partridges to take sand baths, dry their plumage after heavy rain or search for insect food), hedges specifically planted for partridges and finally, the mowing regime of insect-rich grassland where at the end of August only half the vegetation is cut and removed.

The afternoon finished with the Danish visitors expressing how inspired they were by all the work done at the demo site. Everyone left with a pancake flour mix where all the ingredients are sourced from farmland with a high diversity of crops, flower-rich margins, hedges, beetle banks, and PARTRIDGE flower blocks. 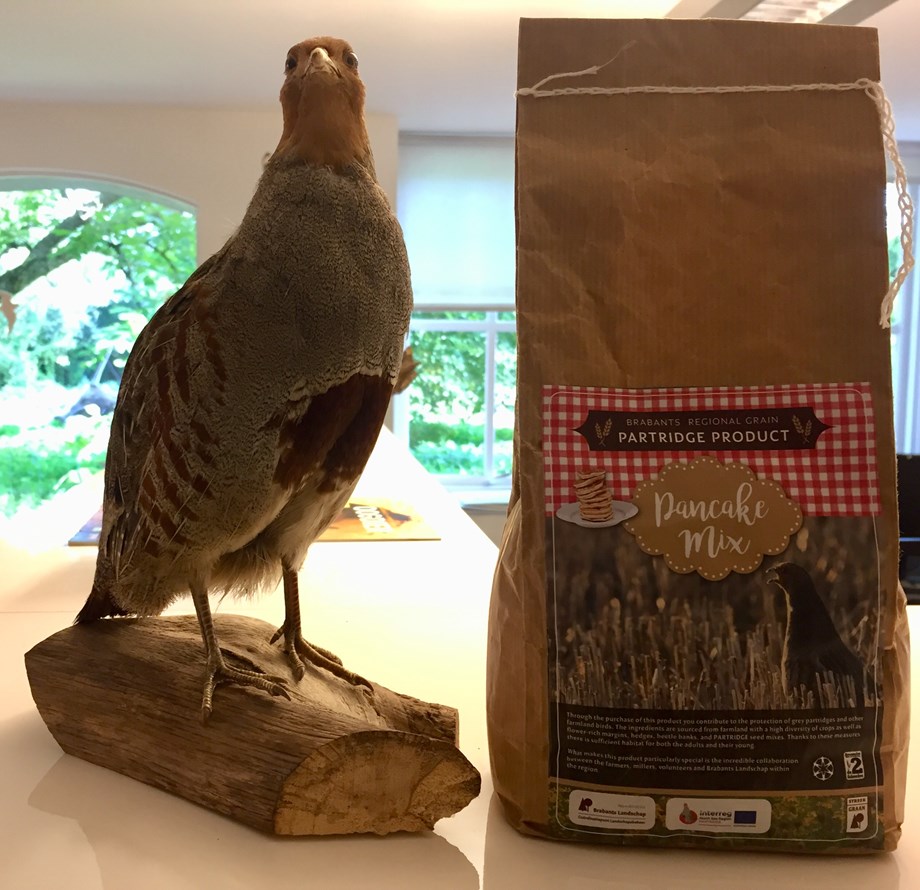