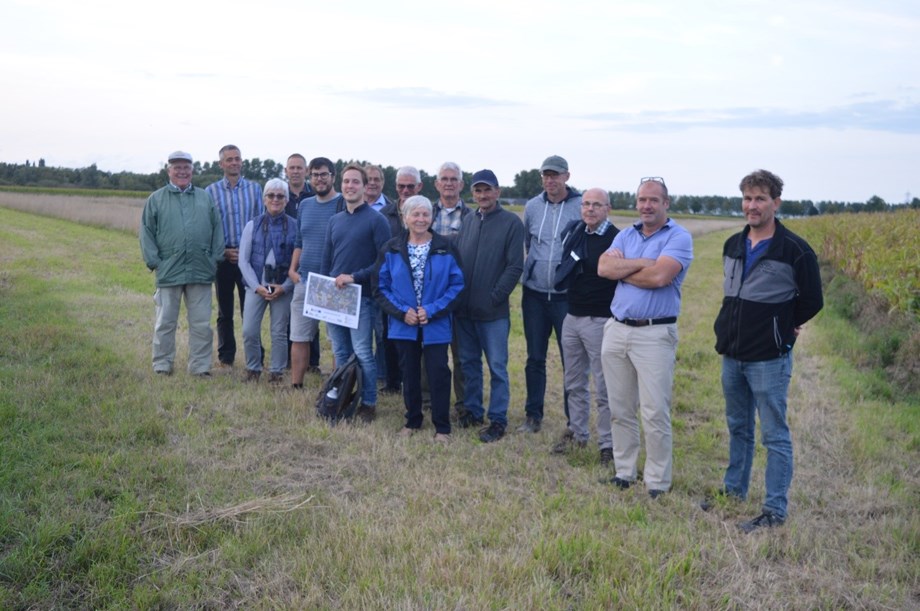 Dutch farmers from the Agrarische Natuurverenigingen (ANV) de Groene Oogst and Bloeiend West visiting the Isabellapolder demonstration site together with some of our Flemish farmers. © ABC Eco²

The Isabellapolder is one of the Flemish demonstration sites within the PARTRIDGE project. In this demonstration site we are not only using the regular agri-environmental schemes of the Flemish Land Agency (VLM), but we are also testing some experimental measures, such as the sowing of the PARTRIDGE flower mixes and the construction of beetle banks. These two measures are aimed at providing additional breeding and hiding places as well as sufficient food for both summer and winter for the grey partridge and other farmland birds.

This summer we organized a number of farm walks to demonstrate these regular and experimental agri-environmental measures and to explain the aims of the PARTRIDGE project to the different stakeholders. We organized a farm walk for the general public, the local environmental council and our local steering group. A farm walk was also organized for a group of Dutch farmers of the ANV Groene Oogst and ANV Bloeiend West, together with some Flemish farmers. The purpose of this farm walk was to exchange knowledge about the Flemish agri-environmental measures and their differences with the Dutch system. The Dutch farmers also became acquainted with the aims and measures of the PARTRIDGE project. 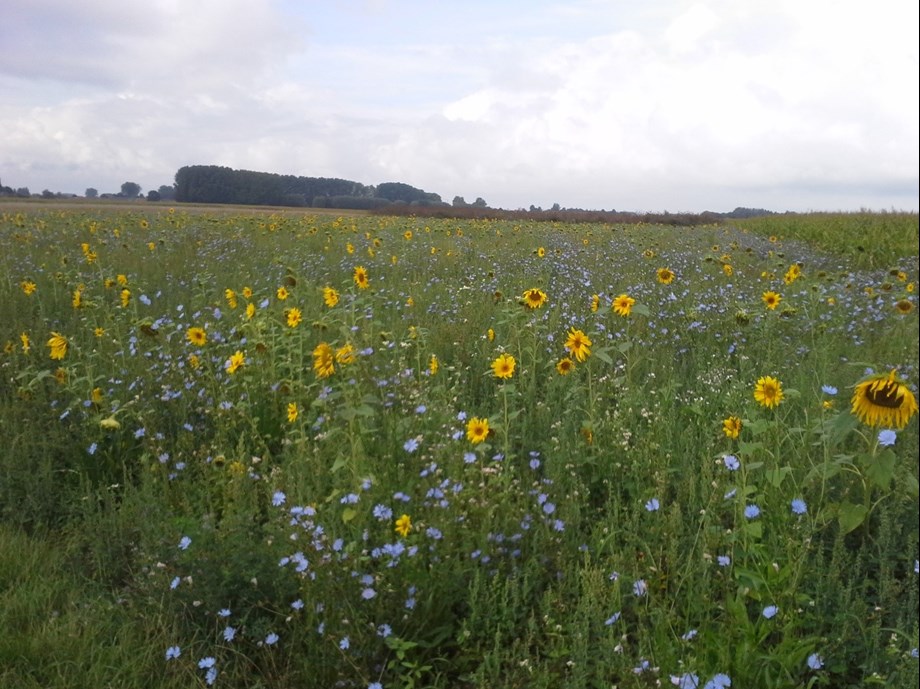 One of the PARTRIDGE plots that was sown this spring. © ABC Eco²

So far, 10% of the 500 ha at Isabellapolder demo site is of high quality habitat. Specifically, this consists of 18 hectares of the PARTRIDGE flower mix, supplemented with the regular agri-environmental measures of the Flemish Land Agency (VLM), such as wild bird seed mixes and grass margins.

The first results are promising. Many farmers and volunteers from nature organizations are already positive about the various measures and indicated that they are already seeing an improvement in biodiversity in the demo area. During the farm walks, we saw a lot of farmland birds; species such as goldfinches, linnets, skylarks and a couple marsh harriers crossed our path. Even a grey partridge was spotted near one of the parcels sown with the PARTRIDGE flower mix!