18 March 2022 - Published by Francis Buner
Brown hares are an indicator species for farmland biodiversity. Because of this, they’re monitored on a yearly basis for the Interreg North Sea Region PARTRIDGE Project, usually throughout January/February. These surveys take place after sunset at each demonstration and reference site. They’ve become a firm favourite of Tanith and I’s during our time as GWCT placement students. Although we’re primarily surveying for brown hares, we spot an abundance of farmland species which we also record such as deer, rabbits, foxes, woodcocks, and owls.

As the sun sinks below the horizon, there’s a sense of anticipation for the awakening wildlife on the farm. We set off, slowly humming along set transects in the truck, windows down with two spotlights scanning either side. The first sighting is always an exciting one, usually spotted as glowing orbs staring dubiously back at us through the spotlight’s beam. We signal to Fiona, our veteran hare surveyor, equipped with binoculars to identify the animal. At first, Tanith and I are hesitant in our ID skills but soon enough we’ve learnt the basics. Typically, the most common residents on our Scottish sites are hares and deer. The red eyeshine from a hare and the pale glow of a deer’s beady eyes become quite a distinguishable sight. 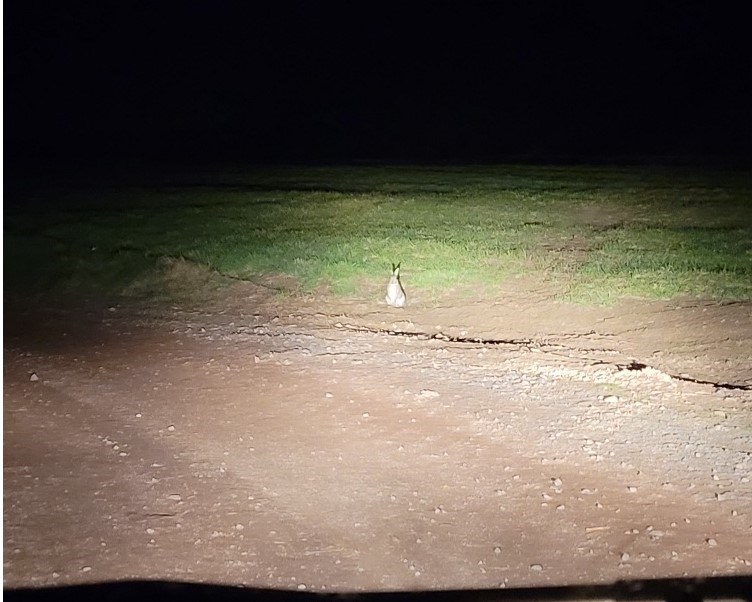 Of course, identifying animals by eye in the dark comes with its challenges. We often mistake rocks and boulders for hares or come across a rather chunky rabbit, thinking it’s a hare. At first glance the glinting of a fox’s eyes can even be misjudged as a deer. Therefore, our binoculars are a necessity. 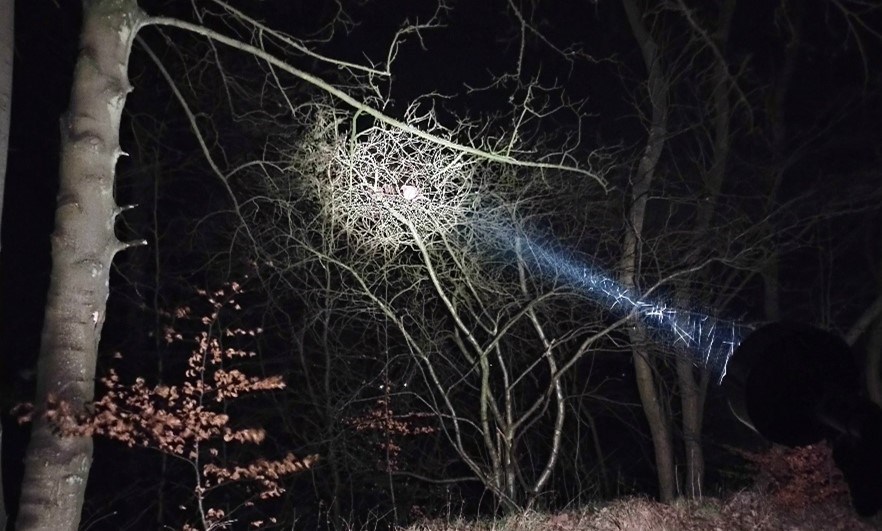 The unique and diverse animal encounters are what, for me, makes these surveys extra special. Woodcocks flutter up into the sky like beguiled moths in the spotlight and barn owls silently flit alongside the truck, looking for their next meal. A single deer is often spotted, then suddenly in unison another six reveal their gleaming eyes. Even the glimpse of a moggy farm cat sparks excitement as my thoughts initially proclaim ‘that’s a weird looking fox’ only to come to realisation moments later. Each night brings different experiences where you truly never know what you’re going to find. There is something marvellous about shining a light into the darkness, revealing a secret world of wildlife that we would otherwise never think twice about.

Follow us to find out more about the project and what else the students are getting involved in this year: