17 May 2017 - Published by Paul Stephens
A group of 25 people enjoyed a tour around Rotherfield Farm Estate - one of the demonstration projects run by GWCT - on Wednesday, May 3.

Farmers, gamekeepers, landowners and conservationists took part in the three-hour walk around the farm in Colemore (East Hampshire), learning about the Rotherfield grey partridge recovery demonstration project and the NSR Interreg PARTRIDGE project.

There was a particular focus on suitable habitat creation for farmland wildlife recovery using measures available under the current agri-environment schemes. 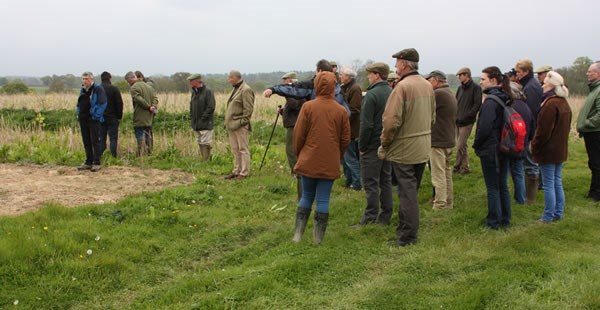 Throughout the afternoon, they illustrated the work the farm has carried out since the demonstration project started seven years ago, including habitat improvements and game management and the positive recovery effects this has had on grey partridge, lapwing, farmland and woodland songbirds and butterflies.

Extending to approximately 800ha (1977 acres), the Rotherfield demonstration area is characterised by mixed farmland, managed by the estate and farm manager Joseph Edwards. 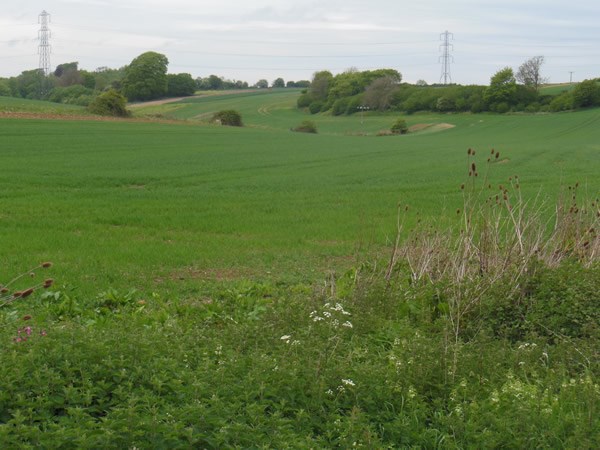 Harold Makant, lead advisor at Natural England, said: “It was great to see farmer and landowners from both the Selborne and the Winchester Farmers facilitation fund areas come along during a busy time of the year.

“The Rotherfield Estate has worked really hard over the last few years to establish the grey partridge on the farm.

“The comprehensive Higher Level Stewardship scheme that provides feeding opportunities throughout the year with a range of options producing seed for winter feeding and insect rich habitat in the spring and summer supports a huge range and number of farmland birds.” 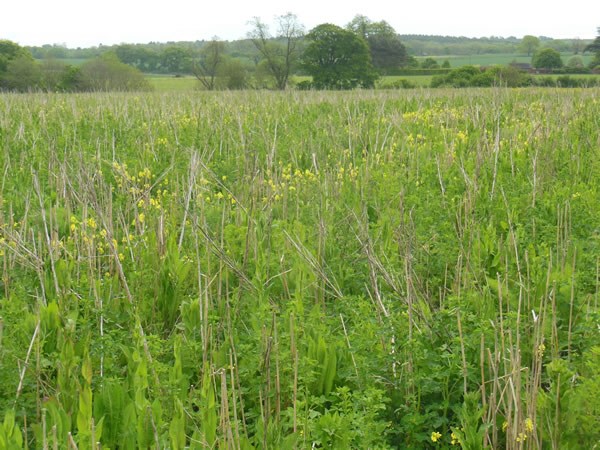 Director of Oakbank Game & Conservation Ltd, Tim Furbank, said: “Rotherfield is a flagship project for the reintroduction of grey partridge to areas of the UK from which they had previously disappeared. It has been hugely rewarding to be involved with the habitat creation and management to help produce a partridge friendly estate. Of course, it only works when you have the cooperation of all parties, from the owner, estate manager, farm staff, game department and Natural England advisor and, at Rotherfield, that is the case.

To see so many people taking an interest and hopefully taking away a few ideas to implement on their own farm was very pleasing.” 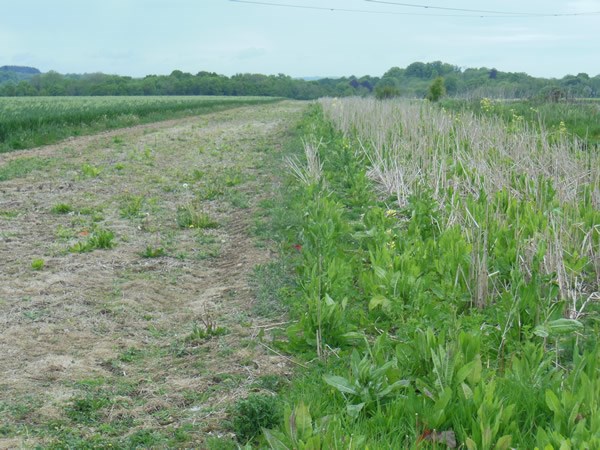 Senior conservation scientist at GWCT, Dr Francis Buner, who is coordinating the two partridge projects at Rotherfield and who organised the walk, said: “The management prescriptions tailored to recover grey partridges at our Rotherfield demonstration site have not only allowed us to re-introduce grey partridges successfully in an area where they have gone extinct previously for the first time, but also to showcase the benefits this has for farmland wildlife in general.

In our new NSR interreg PARTRIDGE project we share our scientific and practical knowledge with our North European partners. Together, and across borders, we demonstrate how the continuing loss of farmland biodiversity can be reversed, using the grey partridge as a flagship species to drive a change in farming and other rural land-use practices."

For more information about Rotherfield Farm, contact Francis on fbuner@gwct.org.uk.