Big turnout at national grey partridge symposium in the Netherlands

Feeling the urgency to conserve our dwindling populations of grey partridges, on November 27, almost 200 people gathered at the first national symposium on grey partridges in the Netherlands. This symposium is a direct result of the NSR PARTRIDGE Interreg project.

The title of the symposium `Sowing knowledge for partridges’ refers to the goal of this meeting. To bring together all stakeholders that can bring about a change for the better, and to provide them with the most recent knowledge on grey partridge conservation and preservation of farmland biodiversity.

In a series of workshops, participants learned more about seed mixtures, monitoring, predation risks, project communication, chick food, and cross-pollination between grey partridge projects and other farmland wildlife initiatives. In the regional sessions, local networks were established and hot-spots of partridge populations were matched against existing and potential new conservation initiatives. 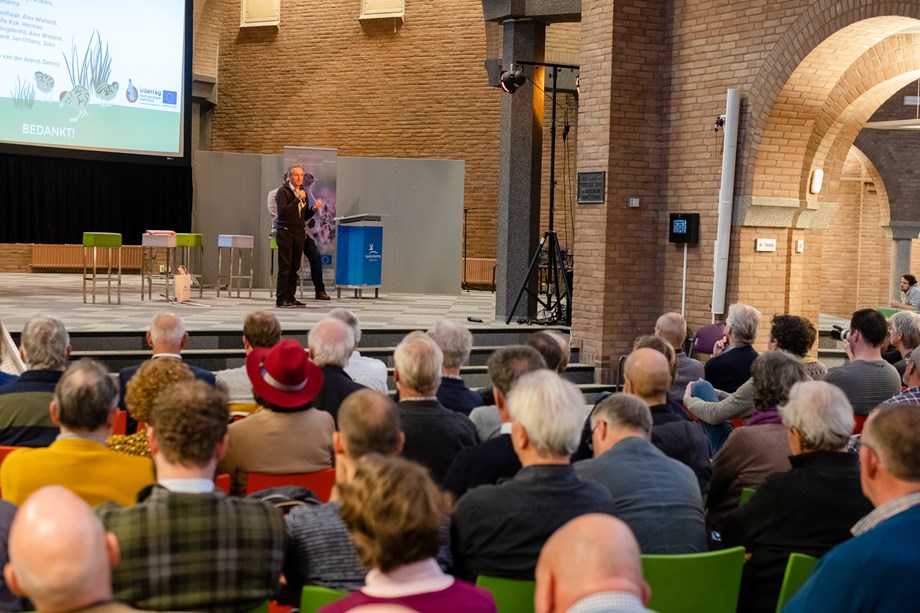 The symposium triggered a series of radio-interviews on the decline and restoration of grey partridges on national and regional radio stations and in several newspapers, thus engaging a wide general public in the urgency to preserve and restore grey partridges and farmland wildlife.

Through this symposium, the Dutch PARTRIDGE team has given partridge conservation in the Netherlands a new direction and momentum. The seed has been sown. We are convinced that over the next months and years, as a result of this we will see new local and regional conservation initiatives germinating and blossoming. And that we will bring about a turning point in the decline of farmland biodiversity in general and grey partridge populations specifically. May many flowers flourish from this day!