As autumn is in full swing, our PARTRIDGE demo site Burghsluis shows itself from its most colourful side for migrating birds.

Now that the unusually hot summer breeding season is behind us and our surroundings are lightened up in beautiful autumn colours, the different wintering strategies of our birds are becoming visible again. While our grey partridges remain within their breeding grounds to look for food and cover, many birds migrate south to warmer regions. At this time of year huge numbers pass through the Netherlands during their peak autumn migration. On the weekend of 6-7 October EuroBirdwatch took place, during which birders across Europe make an extra effort to record migrating birds. Although our partridges do not migrate south, many other farmland birds that share their same summer habitat do. In fact, among the top 10 migrating birds recorded during the weekend, three species were farmland birds:

The top migrant bird recorded during this years’ count was the chaffinch; 668,848 individuals were recorded in just two days. Hundreds of these seed-eating finches will stick around at our demo-site Burghsluis, where they will feast on the sunflower and teasel seeds that grow in our PARTRIDGE flower blocks. Here, they will spend the coming months in mixed flocks together with linnets, greenfinches, and smaller numbers of brambling and tree sparrows, which will congregate to impressive chattering ‘clouds’ of never-resting songbirds. They love the dense vegetation and fly actively between flower blocks and nearby shrubs, where they hide from birds of prey. The skylarks that stick around have a completely different approach. Usually 150-200 of them stay for winter and spend the majority of the the cold season on the 30 hectares of wheat stubble that are left on the fields, specifically to feed and shelter them. Here, they will remain practically invisible during the bleak winter months. 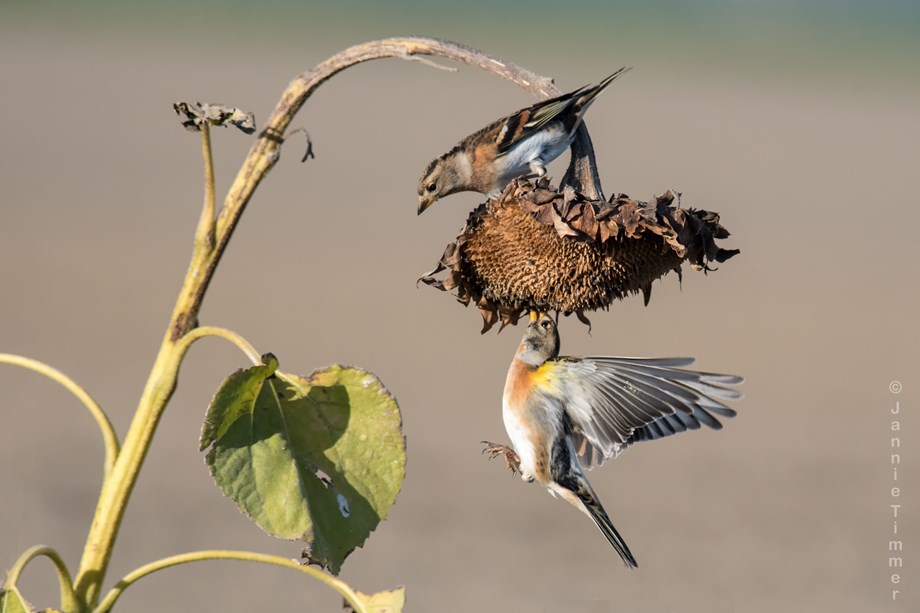 Although many birds will stay to winter, most of them just pass through during migration. Still we see that our demo-site is also attractive to them. Our flower blocks and winter stubbles attract beautiful and rare birds that hang around for a few days to fatten up before they move on to continue their epic journey south to warmer climates. A recent highlight was without a doubt, an elegant pallid harrier that hunted for three days over field margins and stubble fields. Pallid Harriers are rare passing migrants in the Netherlands on their way to their wintering grounds in Africa or even India. The sighting of one these swift and elegant harriers always attracts a lot of birders who wish to see it! At the moment a Finish GPS-tagged female Harrier is spending its time in the North of the Netherlands, so keep your eyes peeled https://t.co/vbzgo3tZ4U for it to appear at Burghsluis on its way south! 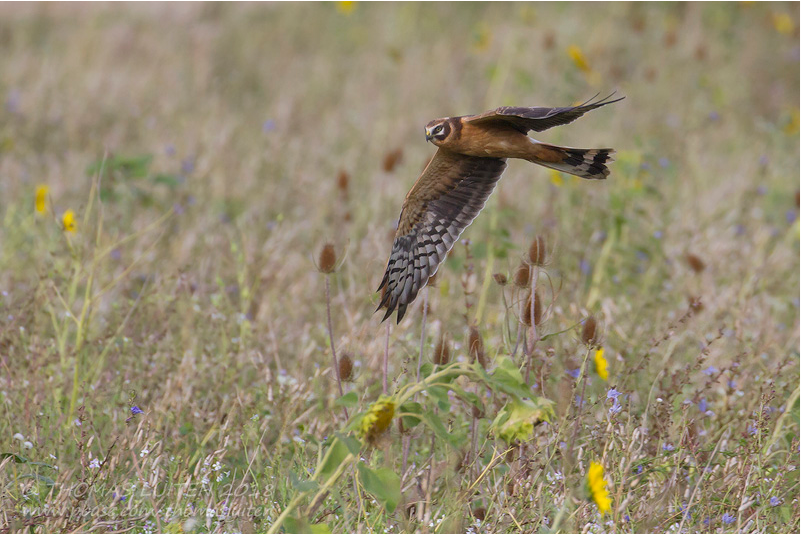