Whitburgh Farms is located in Midlothian, just south of Edinburgh, Scotland. This is traditionally a stronghold for Grey Partridge in Scotland, along with much of the east coast, though numbers have declined dramatically here as for most of the UK.

The area included in the PARTRIDGE project is just over 500ha and is dominated by cereals (wheat & barley) and oilseed rape. The team at Whitburgh (one owner, one farm manager (plus 2-3 tractor drivers) and one gamekeeper) have been managing the land sympathetically for Grey Partridge for many years now. Since joining the PARTRIDGE project, the amount of Grey Partridge habitat on the site has increased to approximately 7% of the farmed area – reaching the project target. These habitats include beetle banks, hedgerows, grass margins and cover crops – including the novel mix developed by GWCT and Oakbank (a seed merchant in the UK) for the PARTRIDGE project. 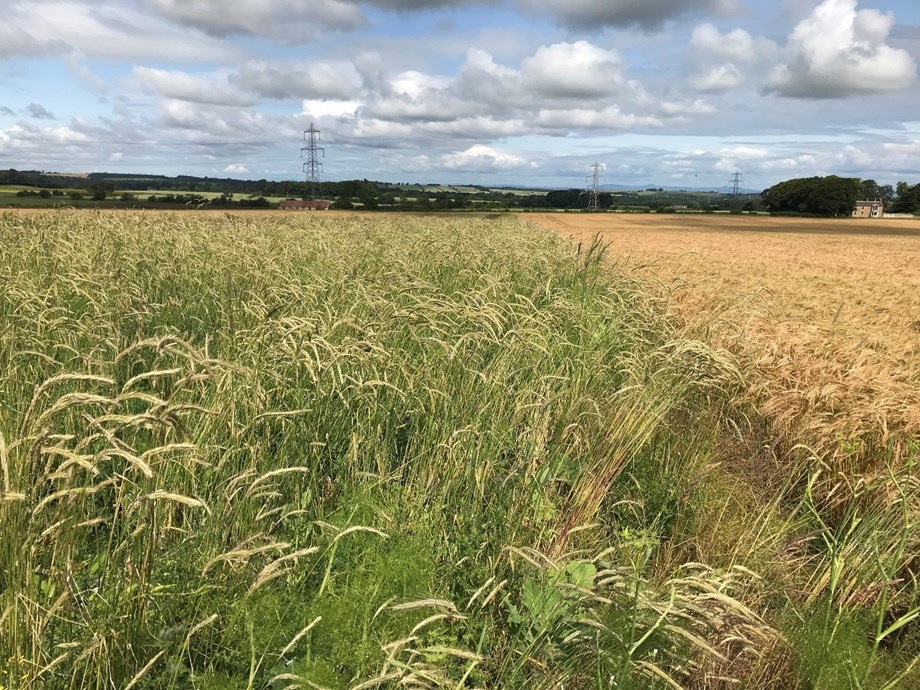 “After many challenges in getting the new PARTRIDGE cover crops established, we now have some impressive examples providing excellent cover for Grey Partridge.”

It has not all been plain sailing here, with some challenges to establishing crops successfully at Whitburgh, but in 2020 we are finally able to cut half of each of the larger plots sown in 2018 following the project protocol, in order to increase the structural diversity of the plots and create better chick foraging habitat. We will also be resowing plots that failed in 2019, which will provide some much-needed cover at strategically important sites, hopefully increasing the number of Grey Partridge Whitburgh can support.

The next steps at Whitburgh will include continuing to keep a close eye on the cover crops to maintain the high standards required to make a difference to the Grey Partridge, continue the annual monitoring programme so we can record the response of farmland wildlife to the changes in management and increasing our ‘outreach’ activities to share our experiences with as wide an audience as possible.