The Oude Doorn Demonstration Site is in the Province of Noord Brabant between the rivers Merwede and Bergsche Maas, near the villages of Sleeuwijk and Almkerk.

- Narrative map of our work at Oude Doorn.  Please click below:

The area of approximately 500 hectares is used as arable farmland (65%) and grassland (25%) by a total of 38 farmers, the average field size is relatively small. The remaining 10% of the area consists of nature reserves and private gardens and backyards. The common crops are sugar beet, beans, wheat, barley, onions and potatoes.

The area contains several old dikes, originally built for water protection, but no longer in use. These dikes are surrounded by small villages, in a mosaic of smallholdings and houses with large gardens. The most common farmland birds in the area are yellow wagtail, pied wagtail, grey partridge, pheasant, meadow pipit, skylark, greenfinch, tree sparrow, little owl, barn owl and kestrel. The number of grey partridge breeding pairs in the project area varied between 13-19 pairs since the project began, based on the audio-playback monitoring and the autumn brood counts. 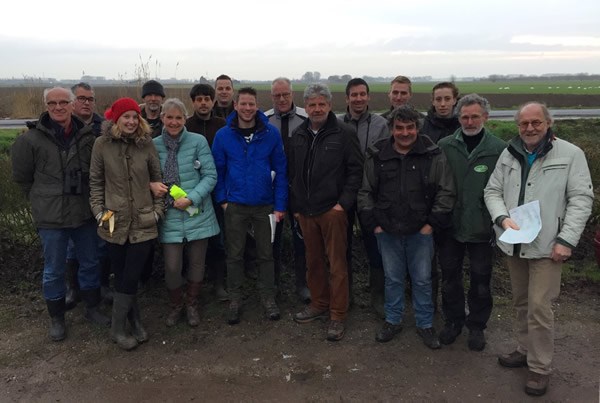 Volunteers helping with the monitoring

At the start of the project, the demonstration area lacked sufficient good breeding habitat, shelter and winter-feeding opportunities for grey partridges and other farmland birds. In the PARTRIDGE project we realized together with the farmers a substantial amount of habitat improvements: such as over 20 hectares of flower blocks, several beetle banks and hedges and more than 7 hectares of winter stubbles. By 2019, we have thus realized more than 42 hectares (8.5%) of high-quality habitat for partridges in the demo area (herb rich grassland not included). 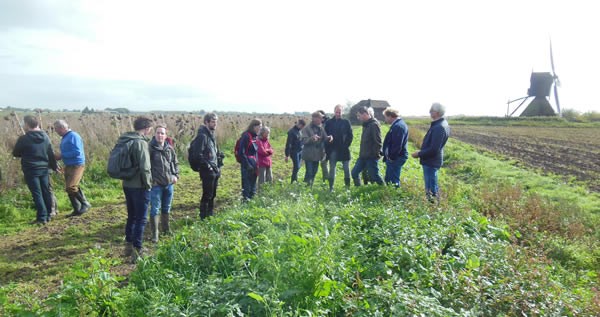 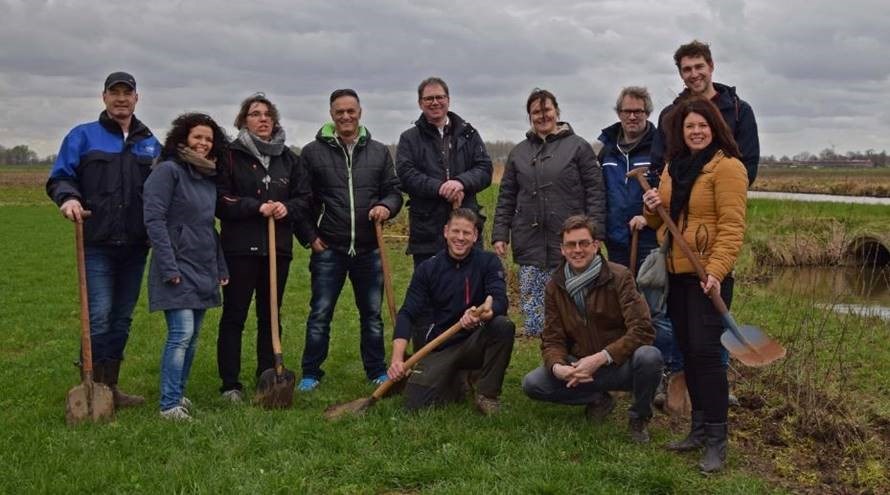 Farm walk and planting of a hedge with the Regional Waterboard (Dutch: Waterschap Rivierenland)

We work closely together with the farmers’ collective, the local hunters’ association and a local nature conservation organization with many volunteers. A field coordinator stays in touch with the local farmers to discuss the measures on their land. We involve a lot of volunteers and residents in the project area in the monitoring and farm walks. In this demonstration area, foxes are hunted using legal methods year-round. Currently, we do not consider additional predator control measures.

In the first three years of the project, 40 farm walks were organized for a great diversity of groups and stakeholders, reaching over 650 people.

VIDEO: Beetle Banks in the Netherlands

BLOG: Great turnout at PARTRIDGE demo site in the Netherlands

PARTRIDGE creates the first beetle banks in the Netherlands