In conventional wastewater treatment, nitrate (NO3-) is removed via denitrification. The denitrification process involves the reduction of nitrate into nitrogen gas (N2). NO3- -> NO2- -> N2

In the filter setup designed by Copenhagen University (Denmark), zero-valent-iron is used to simultaneously reduce nitrate and adsorb phosphate.

In a first reaction, nitrate is reduced to ammonium (NH4+).

In a second reaction, due to the further oxidation of Fe2+ to Fe3+ oxides, phosphate can be adsorbed on the Fe3+ oxides (according to the reaction mentioned earlier on). 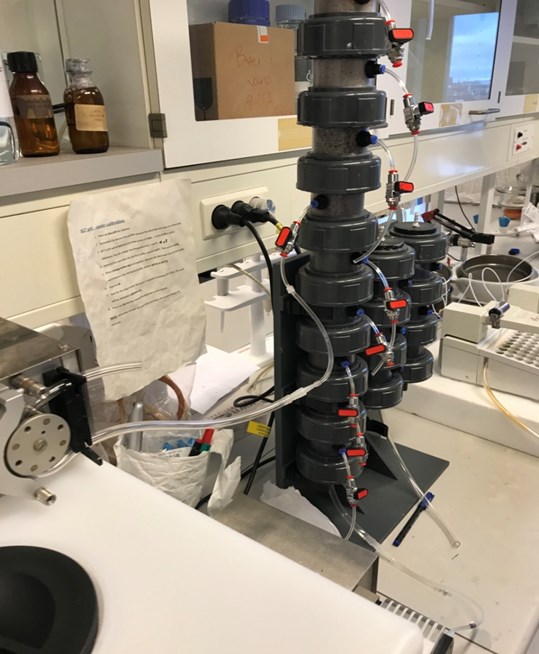 The filter setup consists of a multi-cell column. The first pair of cells are filled with zero-valent-iron. In these cells up to 100% removal of nitrate could be achieved. The following cell performs oxidation of Fe2+ to produce Fe3+ oxides. The subsequent pair of cells are filled with sand to trap the Fe3+ oxides formed. All phosphate present in the test solution could be adsorbed in these cells. The last pair of cells are packed with zeolite which is a cation exchange medium. The latter can trap the ammonium formed from nitrate reduction. Further lab experiments have shown that 75% of the NH4+ sorbed on the zeolites, could be recovered.

Copenhagen University is currently further improving the filter system. Once successful, the filter may be upscaled for a field demonstration with drainage water. 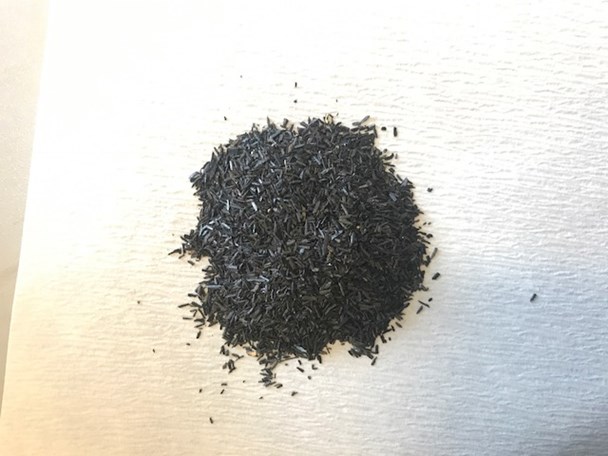