23 October 2019 - Published by Charlotte Boeckaert
Belgian drinking water utility De Watergroep tested together with research institute VITO a P removal system in a pilot installation of the drinking water production center De Blankaart. In the latter, surface water is being treated to high drinking water standards. Since a couple of years this production center has to cope more and more with the consequences of eutrophication caused by nutrient input from the surrounding area, causing algae blooms between May and October.

VITO has produced a granulated sorbent from aluminum sludge, which is a by-product from the drinking water treatment process. At De Watergroep, the material was used in a downflow sorption set-up to treat 200 l/h of surface water, with a contact time of 10 minutes. To avoid clogging a back-washing regime was installed. Samples of the raw water going to the filter as well as samples of the filter outlet (taken automatically on a daily basis) were analyzed in the lab for phosphorous concentration. 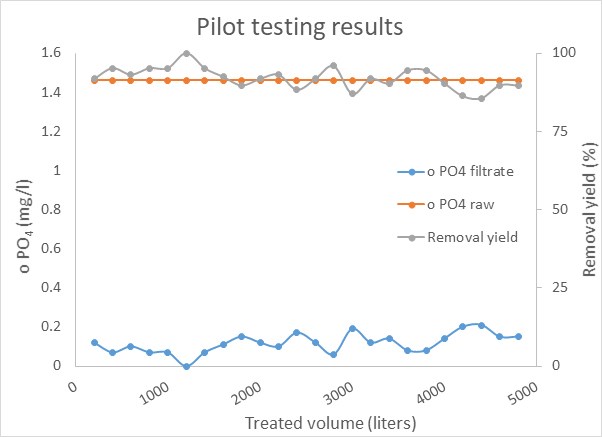 The sorption column is still running with the original sorbent material, while a second column is filled with new material (figure below). 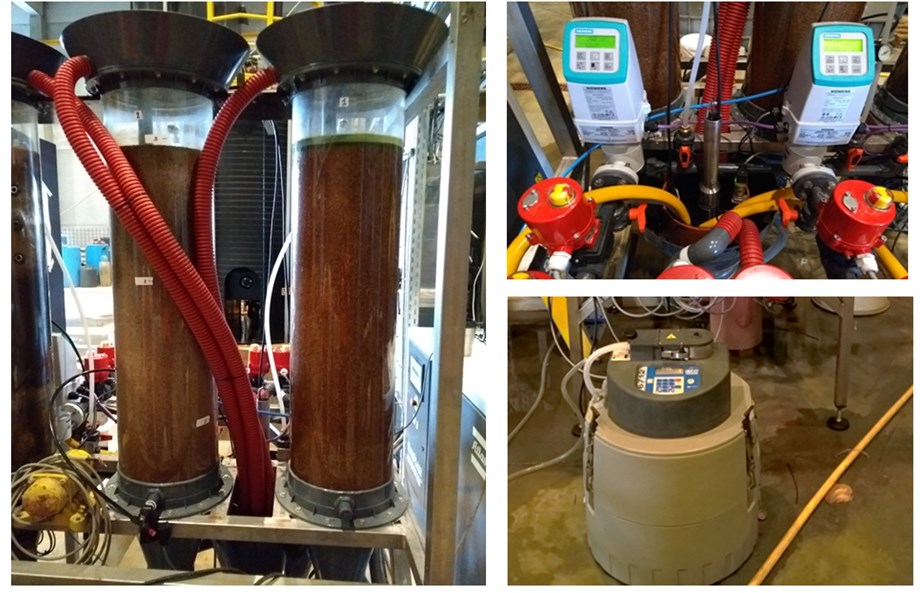