19 December 2019 - Published by Charlotte Boeckaert
Can iron coated sand (ICS) saturated with P be used as a fertilizer for maize? That was what Inagro tested in the past months.

Within NuReDrain, the capacity of ICS to absorb phosphorus is being tested. Once the ICS is saturated with P from agricultural water, the ICS must be removed and replaced with new ICS. Reuse of the saturated material as a fertilizer would be a great step ahead towards circularity and would contribute to conserve the earth's limited phosphorus resources.

Last April 2019 Inagro set up a pot trial with maize. Maize was chosen because this crop has a high phosphorus demand throughout the season, especially during its early growth stage. The following questions had to be tackled: 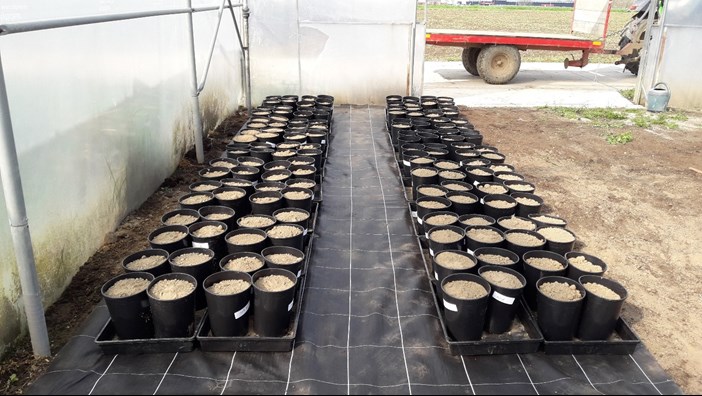 The pot trial was designed in open air. The starting point was a soil low in P concentration. Each treatment received an equal start dose of nitrogen and potassium. P was applied via different products:

Half June, an interim harvest was done to analyse the nutrient content during the youth growth stage. Total nitrogen, potassium and phosphorus were analysed on the plants. The measured P content was significantly highest in the object treated with APP while plots that received ICS contained significantly the lowest level of P in comparison with all  other plots.

At the end of July a final harvest was done. The results showed that the treatments with ICS, in combination with or without PSBs, did not result in an adequate P-fertilization. The overall conclusion is that the ICS treatments showed the lowest P-content, smallest plants and lowest relative yield at harvest and this in comparison with treatments that received a phosphorus fertilization with APP or TSP. 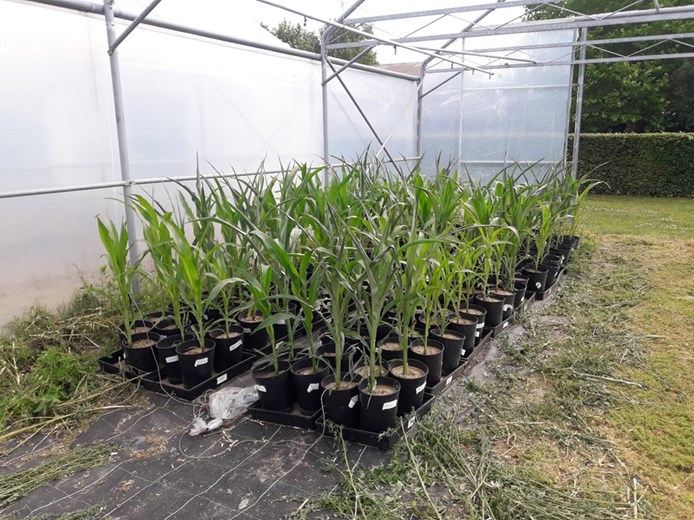