At Taastrup, University of Copenhagen is testing a new filter concept for nitrate filtration: a Zero Valent Iron (ZVI) filter. In this filter nitrate in drainage water is being reduced to ammonium by metallic iron (ZVI), and the ammonium produced is being retained on a zeolite cation exchanger. The new idea is to recycle nitrogen.

Thus, the ammonium that is captured by zeolilte can be re-used as fertilizer. Classical production of nitrogen fertilizers is based on ammonia which is industrially produced from atmospheric nitrogen (N2) via the Haber-Bosch process - an extremely energy intensive process. In soils nitrogen fertilizers end up as nitrate, that is microbially denitrified back to N2 and then returned to the atmosphere. With the ZVI filter we test the opportunity to save the energy used for Haber-Bosch ammonia production, and of course to reduce freshwater eutrophication when nitrogen is removed from drainage water and recycled (Fig. 1).

The filter concept has been developed and tested in the laboratory. This has formed the basis for building a pilot scale unit which currently is filtering agricultural drainage water (Fig. 2). The units comprise a ZVI column packed with 45 kg of ZVI, a bubbler unit which transforms soluble iron(II) to iron oxides, and last a column packed with 65 kg of zeolite to retain the ammonium. The inlet drainage water coming from a 1.5 m deep tiledrain contains 3.5 to 7 mg NO3-N/L and it is pumped at a flow of 1 L/min. Results from the first 50 days of operation where approximately 45 m3 of water has been treated shows that the filtered water is free of both nitrate, soluble iron and ammonium. All nitrate was found to be converted to ammonium. An additional feature of the ZVI filter is that it also retains phosphate due to the iron oxides formed. Thus the filtered water is also free of any phosphate. 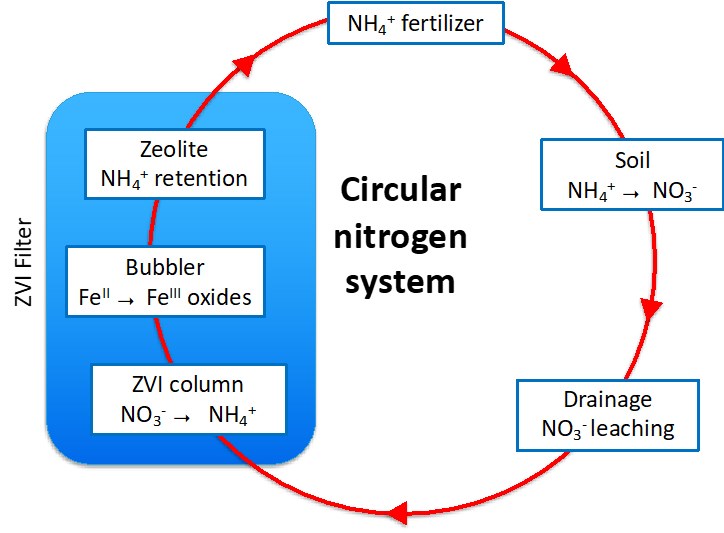 Fig. 1. Principle of the ZVI filter and circulation of nitrogen in an agricultural cropping system. 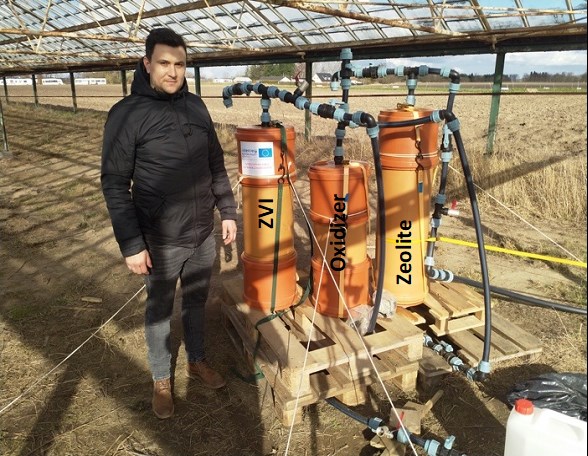 All details about this field case can be found in the Field Case Description document.