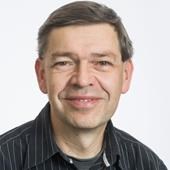 Per-Eric Lindgren is currently a professor and chair in medical microbiology at Linköping University and research leader at Laboratory Medicine, County Hospital Ryhov, Jönköping (Sweden). Since last autumn he has also been the project leader for NorthTick.

What is the NorthTick project?

NorthTick is a joint project within the EU-Interreg North Sea Region programme, with the main aim to combat tick-borne infections. Eleven partners from seven countries around the North Sea are involved in the project. NorthTick has three focus areas; prevention, diagnostics and treatment of tick-borne infections. The project will last for 3.5 years, and the total budget is around the 57 million euros. All beneficiaries are public national or regional organisations, both hospitals, national authorities and universities are represented.

When and why did you become interested in tick-research?

My interest in tick research has grown and developed during the last decades, since I have moved to the Medical Faculty at Linköping University. Earlier there were active research groups working in infectious medicine and clinical immunology but the microbiology was missing. Our group in medical microbiology formed a complement and together with the other two areas we have with great enthusiasm continued the fruitful collaboration.

Are ticks and tick-borne diseases an increasing problem in the North Sea Region?

Yes, definitely. The geographic distribution of ticks is increasing together with them the spreading of tick-borne pathogens. The ongoing climate change is both directly and indirectly a driving force, together with increased globalisation and the human impact on the ecosystem.

What do you hope to achieve in the NorthTick project?

The most important is to develop a competence network around the North Sea region, to handle these important issues of how to combat tick-borne infections. It is only by close multidisciplinary interactions between researchers in infectious medicine, medical microbiology, medical entomology, molecular biology and veterinary medicine we have the possibility to tackle the questions by a One Health approach. By increasing the awareness and knowledge of tick-borne infections together with optimised diagnostic methods in combination with effective and specific treatment we are better equipped to meet the future challenges.

Why is cooperation between the North Sea region countries important?

In the whole North Sea region we have a similar view of how to approach the challenges regarding ticks and tick-borne infections. We also a similar way of organizing the health care system. Because of this closer interaction between our countries have a great potential to form an excellent platform for the future.