The history of shipping of the North Sea

The North Sea, though often an area of conflict, has an extensive history of common maritime commerce and trade routes between its coastal nations, whose economies and industries started early to exploit its valuable resources. The earliest records of Roman explorations of the sea begin in 12 BC. Southern Britain was formally invaded in 43 AD and gradually assimilated into the Roman Empire, beginning sustained trade across the North Sea and the English Channel. The Germanic Angles, Saxons, and Jutes began the next great migration across the North Sea during the Migration Period, occurring between AD 300 and 500, conquering, displacing, and mixing with the native Celtic populations. The Viking Age began in 793 AD and for the next two centuries the Vikings ruled the North Sea.

From the Middle Ages until the end of the 15th century, and before the development of good roads, maritime trade on the North Sea already connected the economies of northern Europe, Britain, and Scandinavia with each other as well as with the Baltic and the Mediterranean.

The Netherlands and German speaking lands were the central hub for English Channels and North Sea coastal trade. Organizations such as the Hanseatic League, growing from a few North German towns in the late 1100s, aimed at protecting interests of the merchants and trade, also became increasingly prominent. 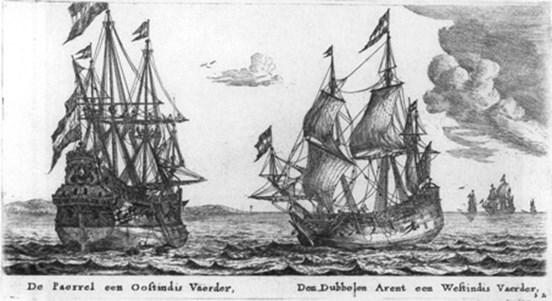 Important overseas colonies, a vast merchant marine, and a powerful navy made the Dutch the main rivals of growing England, which saw its future in these three spheres. This conflict was at the root of the first three Anglo-Dutch Wars between 1652 and 1673. Scotland emerged a prominent economic power during the Scottish Enlightenment of the 18th century. Between 1700 and 1815, the North Sea saw only 45 years of peace, and this time could be regarded as the most dangerous eras to sail the sea. Tensions in the North Sea were again raised in 1904 by the Dogger Bank incident. However, the British did not face a challenge to their dominance of the North Sea until World War I started in 1914. During the First World War, the North Sea became the main theatre of the war for surface action. The Second World War also saw action in the North Sea, though it was restricted more to submarines and smaller vessels such as minesweepers, and torpedo boats and similar vessels.

After the war, the North Sea lost much of its military significance because it was surrounded by NATO member-states only. However, it gained significant economic importance in the 1960s as several North Sea states began full-scale exploitation of its oil and gas resources. The North Sea continues to be an active trade route. All countries bordering the North Sea has claimed the 12 nautical miles (22 km) of territorial waters within which they exercise exclusive fishing rights. Today, the North Sea has become far more important for economic interests including grounds for fishing and exploitation of fossil fuel and renewable energy, than military interests as its territorial expansion of the adjoining countries has ceased.

Did you know about the Dogger Bank incident?

Tensions in the North Sea were again heightened in 1904 by the Dogger Bank incident, in which Russian naval vessels mistook British fishing boats for Japanese ships and fired on them, and then upon each other. The incident, combined with Britain's alliance with Japan and the Russo-Japanese War led to an intense diplomatic crisis. The crisis was defused when Russia was defeated by the Japanese and agreed to pay compensation to the fishermen.