In the national MSP plans, countries have designated certain areas as priority areas for shipping. This means that shipping is prioritized in these areas before other types of activities when planning for use and management of the area. However, other activities may take place as long as they do not interfere with shipping. Countries surrounding the North Sea have applied different criteria for designating priority areas for shipping. Below is a description of the basis on which the different countries designation priority shipping areas, as well as maps that shows where these areas are located. Priority and reservation areas are recurring terms used in text. 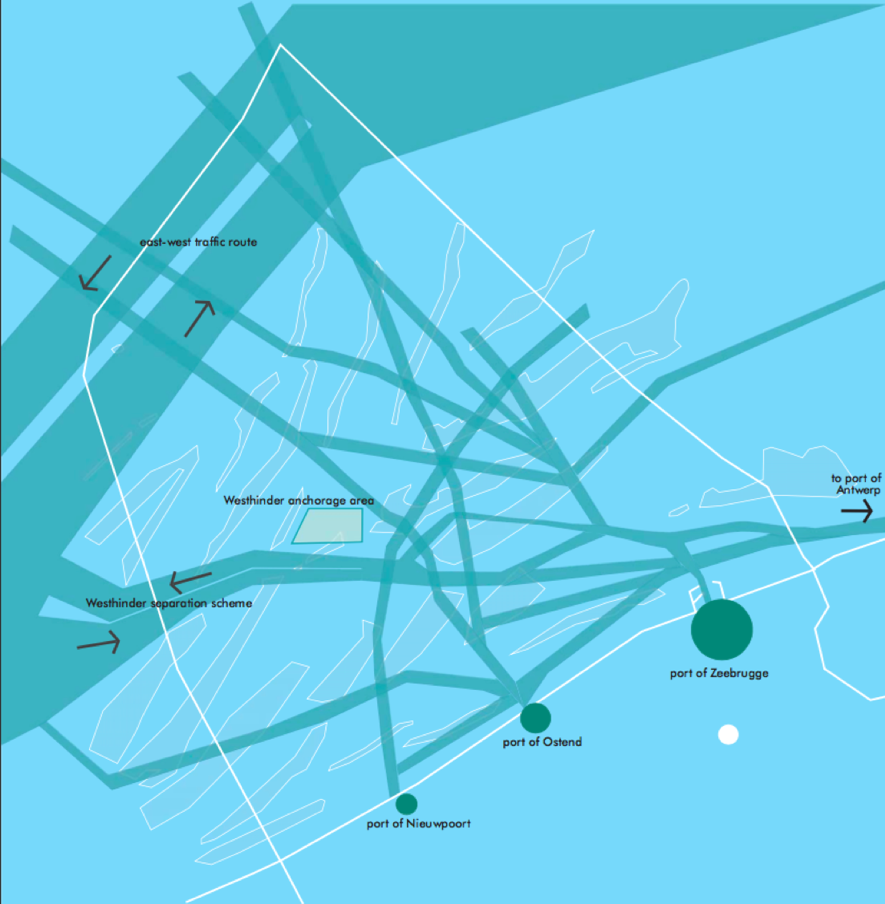 All dark blue lines are designated priority shipping. This implies that activities that have the potential to interfere with shipping cannot occur in these areas, but does not mean that these areas are exclusive to shipping.

The designation of these corridors is mainly based on AIS records. The spatial distribution of corridors often highlights the importance of good accessibility to the ports. Consideration was given to the economic implications for the ports if ships divert from their traditional routes as a result of obstructions such as offshore wind farms.

Germany uses three types of zoning for the implementation of its spatial plans. These include “priority areas” where one use (for example shipping, pipelines, etc.) is granted priority over all other spatially significant uses; “reservation areas” where one use is given special consideration in a comparative evaluation with other spatially significant planning tasks, measures and projects; and “marine protected areas” where measures are applicable for the reduction of impacts (e.g., through pollution) on the marine environment. 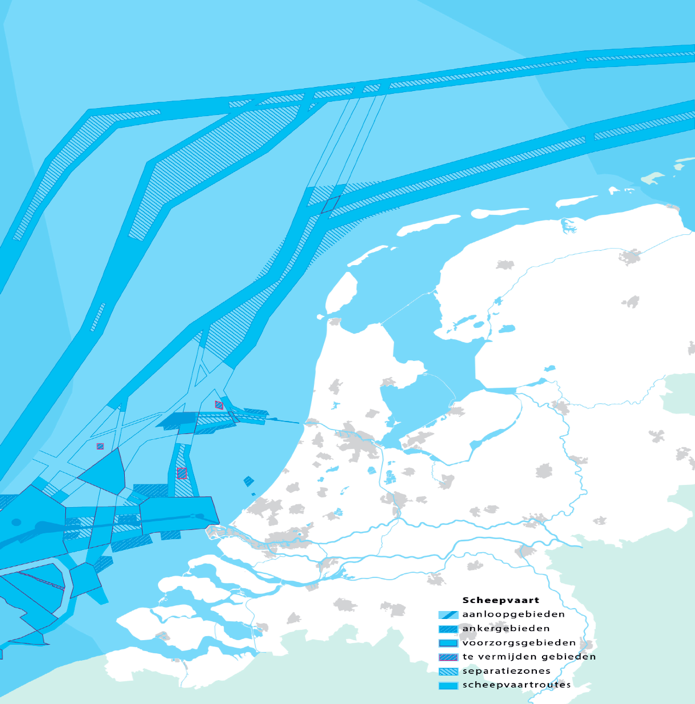 In the Dutch part of the North Sea, routing measures and other measures apply (such as clearways and anchorage) for the purposes of regulating maritime traffic:

The traffic separation scheme (TSS) and accompanying ‘precautionary areas’ and inshore traffic zones have been established by the International Maritime Organisation (IMO) of the United Nations. The objective of these systems is to regulate traffic so as to prevent vessel collision.

Tankers in the Dutch part of the North Sea are obliged to follow the deep-water routes designated by the IMO. Furthermore, tankers are under an obligation to take the shortest routes when approaching a port from a deep-water route and vice versa. The reason for setting mandatory routes for tankers is the status of the Wadden Sea as a Particularly Sensitive Sea Area (PSSA). In order to protect this PSSA, the deep-water route is located further out from the coast, ensuring that any oil discharged as a result of an accident can be combated before it reaches the protected area.

Clearways are shipping zones between traffic separation schemes in which mining installations may not be built. Vessels are not obliged to use these areas. Recognising that these areas must remain free of obstacles, a clearway holds the status of recognised sea lane essential for navigation as referred to in the United Nations Convention on the Law of the Sea. The clearways have been established in the regulations accompanying the Mining Act. 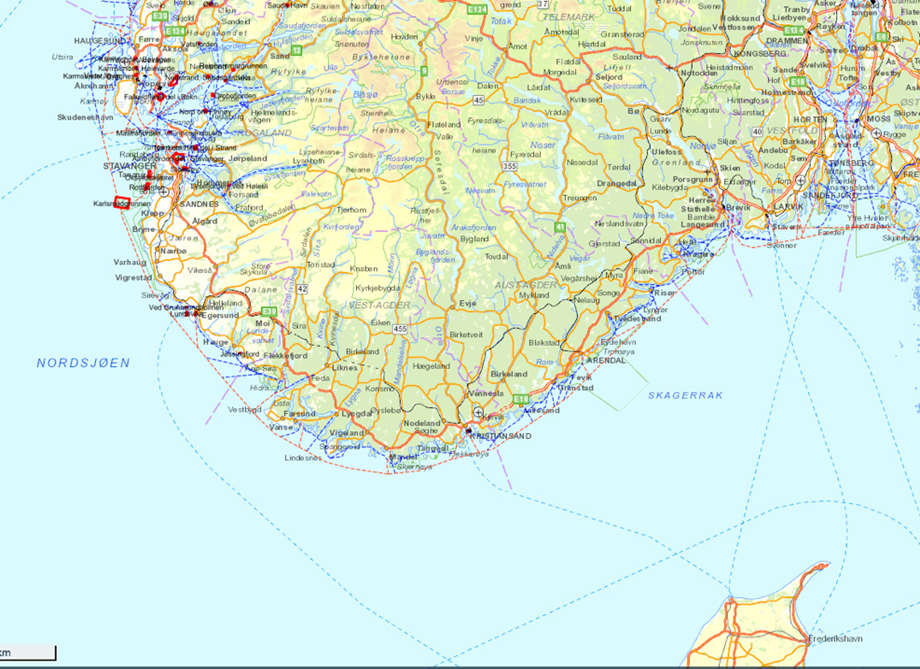 Norway has divided its nationally designated shipping routes into two categories; primary and secondary fairway. The main reasons behind the establishment of this structure was:

The dark grey marks the areas where shipping has priority over other activities. As described in the cases of other countries, priority areas for shipping in Sweden also doesn’t prevent other activities from using the space. It merely indicates that in case of several competing interest in the same area, shipping should be given priority.

Denmark is in the process of developing a MSP plan. Priority areas for shipping has not yet been made publicly available. In 2018, mapping and information gathering necessary for generating the plan will be done i.e. data on existing uses and conditions as well as data on future uses and developments. A draft plan is intended to be ready for an SEA and a public hearing in 2019.v