Ships’ routing establishes an international predetermined path for ships to navigate in order to avoid navigational hazards such as collisions and subsequent damages to ships, crew members, and the marine environment. IMO is the only internationally recognized competent body for establishing such systems, and its responsibilities are enshrined in the SOLAS convention Chapter V.

Given the intense maritime traffic in the southern part of the North Sea the following ships’ routeing measures have been adopted by the IMO. 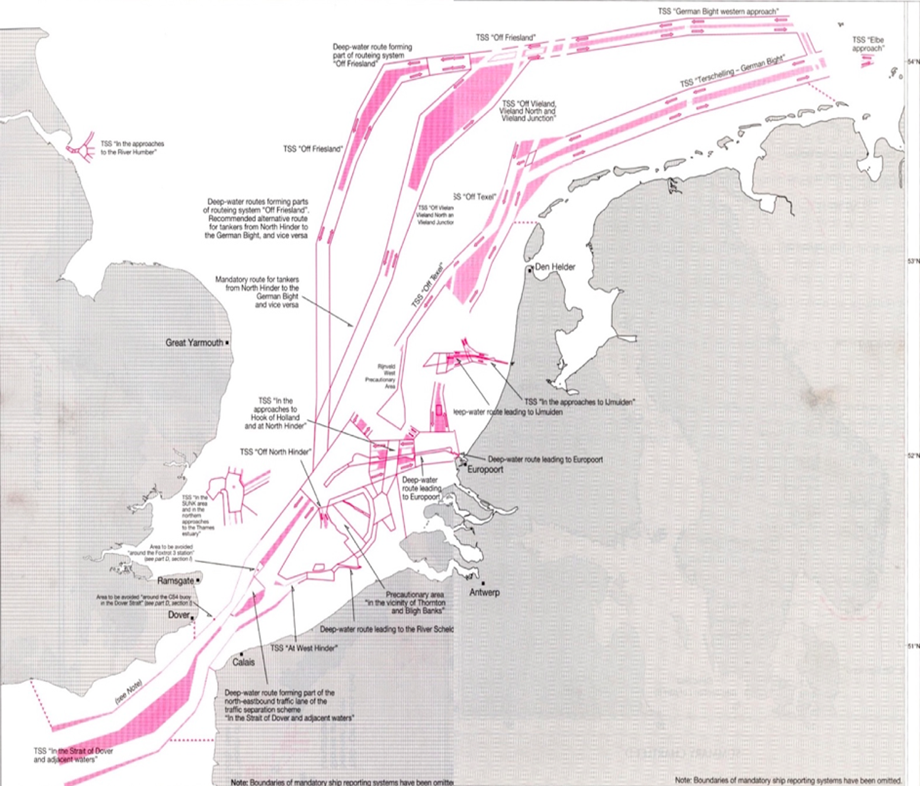