Vessel traffic in 2016 has been plotted by EMSA (European Maritime Safety Agency) from AIS data in density map format. This density has been calculated based on number of signals per grid point during a two week period. Red dots in coastal and port areas represent a much higher density of ships compared to areas of blue dots. The four maps below represents seasonal variations in traffic in 2016. From a maritime spatial planning perspective, it is essential to look at seasonal variations in traffic intensity as it may allow for other parallel activities in place of shipping during some parts of the year, in specific areas. 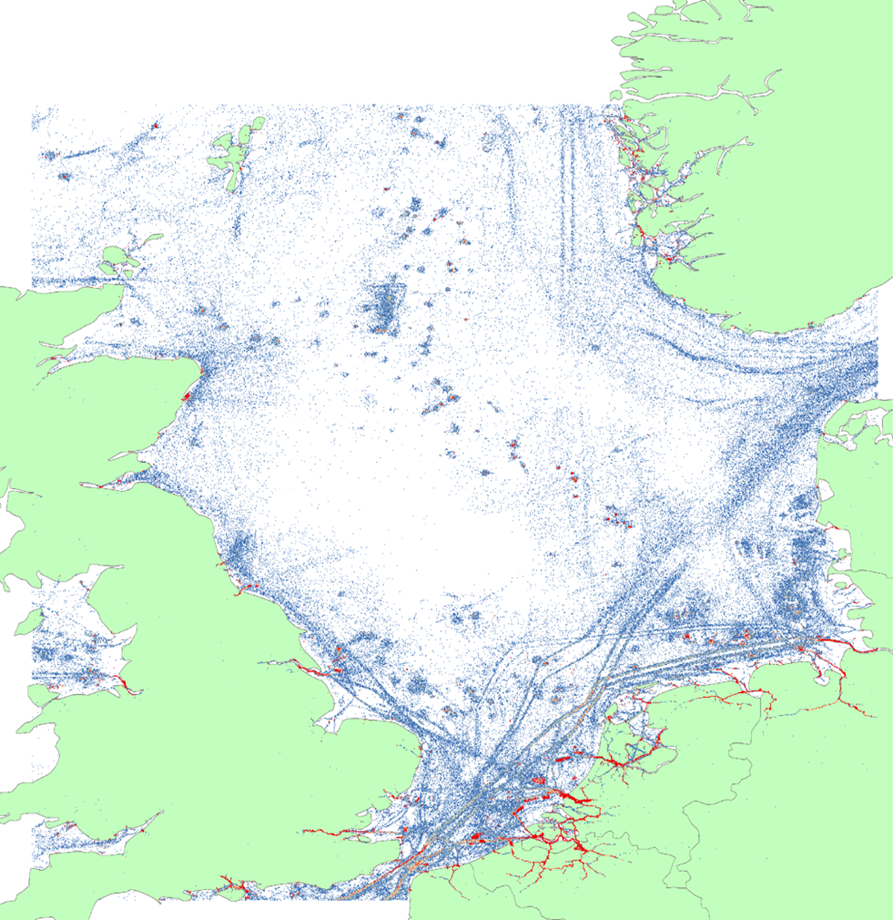 The map shows vessel traffic for the first quarter of 2016, based on AIS data. It has been calculated using AIS transponders on ships. The following ships are required to have a certain transponder: 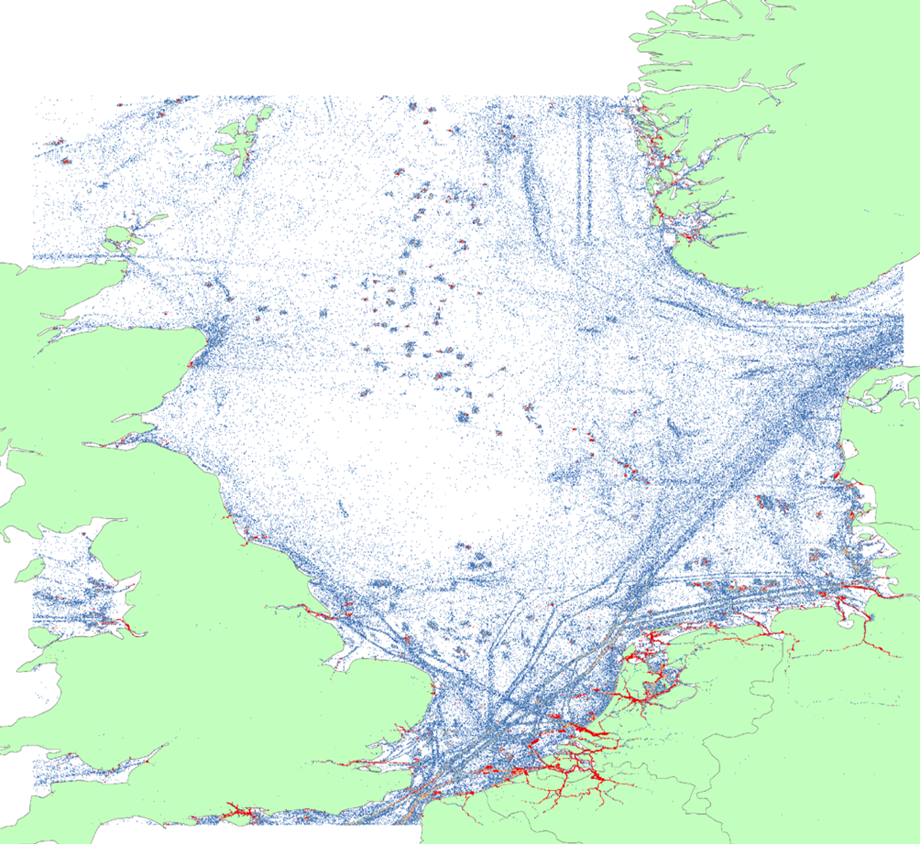 It is clear that all areas of the North Sea are predominantly occupied by shipping activities, although the highest concentration of shipping activities are located along the coastal and central parts which are trafficked by transit ships and supply vessels. 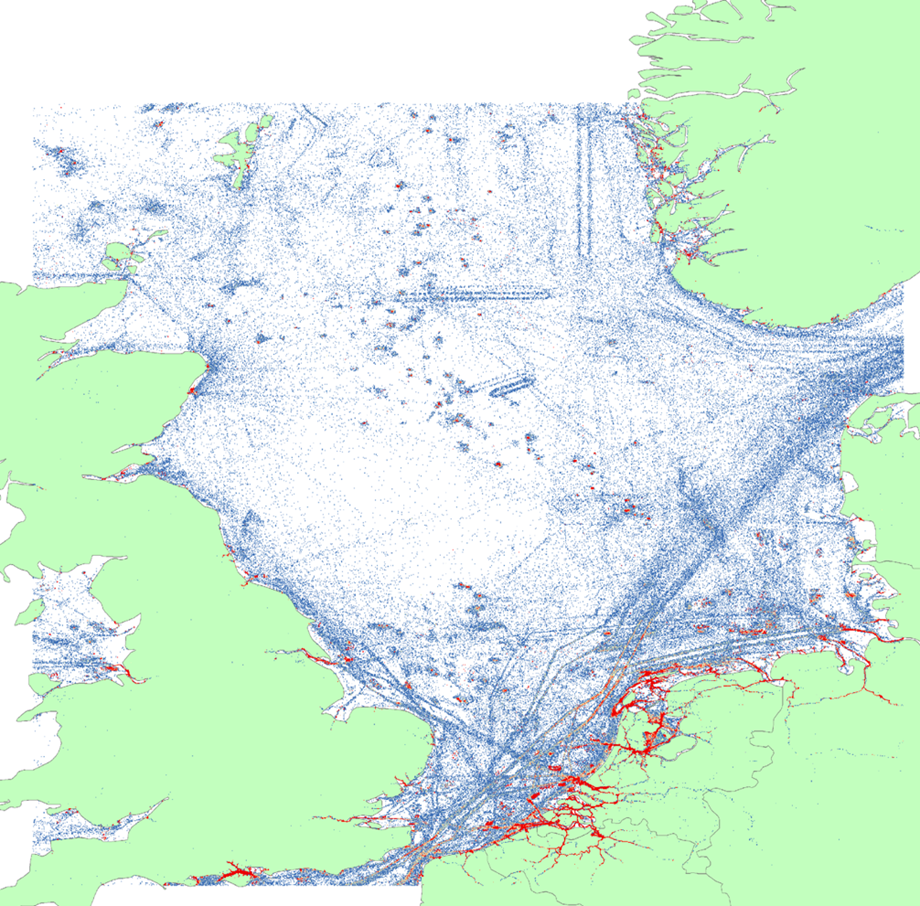 Summer months are clearly the busiest in all parts of the North Sea including the coast of UK, that is, the route from the English Channel to the entrance of Skagerrak and around the south coast of Norway. Subsequently, port areas and inland waters are also busier (red areas). 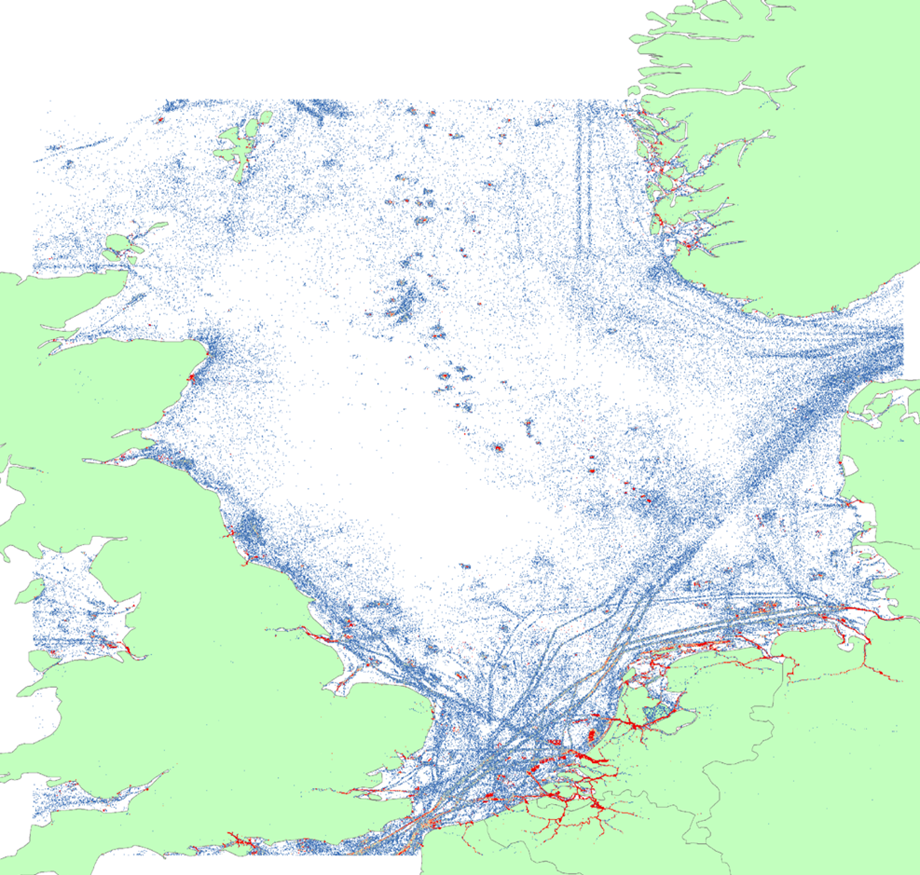 The last quarter of the year shows less activity as compared to other quarters. It is visible in particular in coastal and inland waters as well as in the route from the English Channel to the northern part of Denmark.