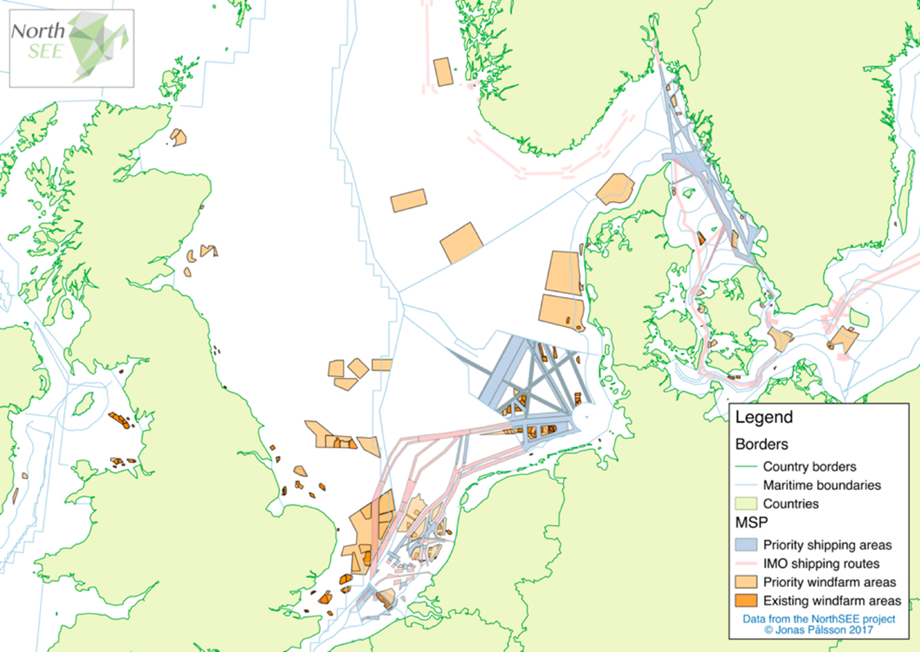 In developing a GIS map showing maritime traffic, IMO routeing measures and other designated priority areas for shipping, two inconsistencies became evident between what the AIS data shows and what is presented in the MSP plans. 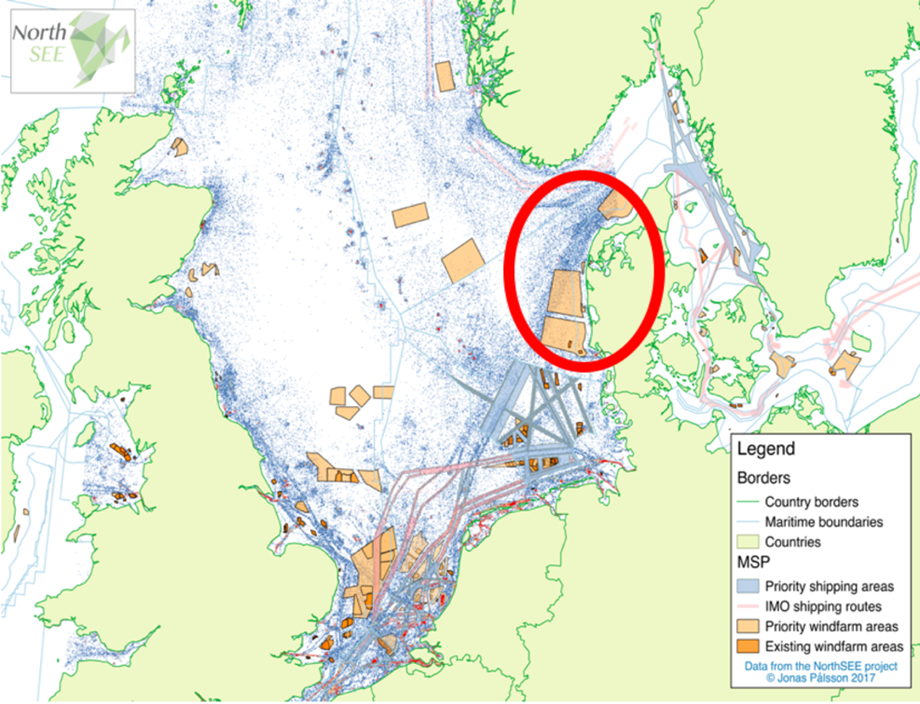 The red circle highlights an area where both intense shipping takes place at the same time as it is designated as areas prioritized for wind farms. It should be emphasised however that Denmark has at the time of writing this report no MSP plan in place and the areas marked for off shore wind farms are hence not part of a MSP plan. Yet, it is still noteworthy that the circled area is subject to interest for both shipping and exploitation of off shore wind farms. 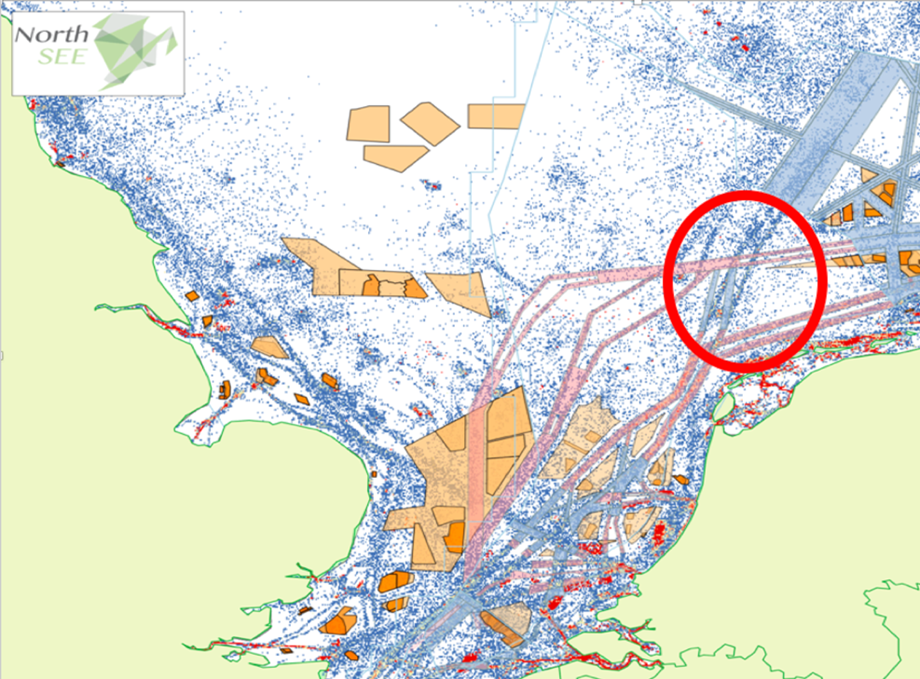 The red circle highlights a discrepancy between the direction of the designated shipping route (blue route) and the ship traffic (blue dots). Although there can be seasonal spatial variations in the maritime traffic, in this case the discrepancy remained even when applying different seasonal AIS maps.