The offshore energy industry in the North Sea is constantly evolving with new advancements in technology allowing larger wind farms to be built further offshore that use bigger and more powerful turbines than current models. There is also the introduction of other new energy technologies such as floating wind, hybrid platforms, tidal energy lagoons and energy storage (see Section 3.3 for a more information of offshore energy industry trends). These advancements are pushing to reach set energy targets in order to tackle the issues of energy demand and security, reducing CO2 emissions and climate change. According to WindEurope’s Central Scenario, there would be 323 GW of cumulative capacity by 2030: 70 GW offshore and 253 GW onshore. 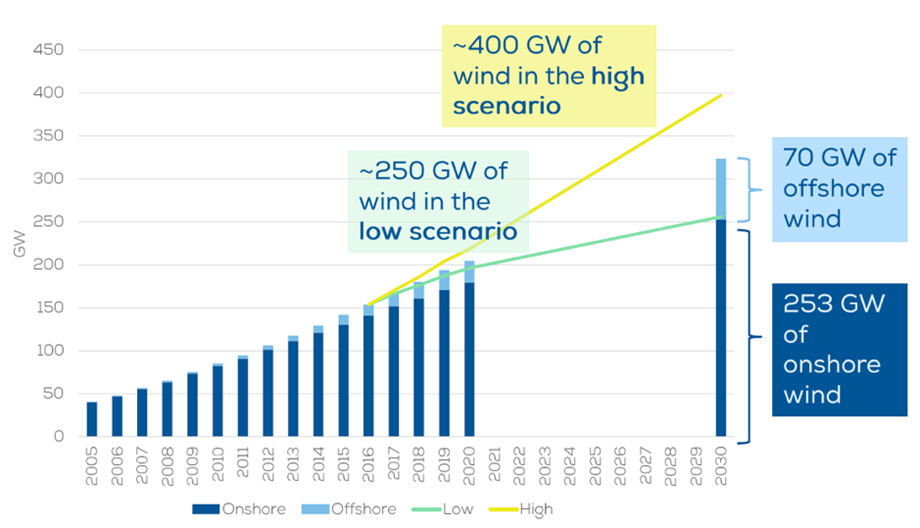 The various IEA scenarios accounts national policy and targets of all EU member states, country climate pledges as part of the Paris Agreement, as well as an aspiration of limiting average global temperature increase in 2100 to 2oC above pre-industrial levels. Even under the most optimistic scenario, IEA prediction results in 292 GW of cumulative wind energy capacity installed by 2030 in the European Union, but still 31 GW less than WindEurope’s Central Scenario.

The European Commission Reference 2016 scenario results in 255.4 GW of cumulative wind energy capacity installed by 2030. It assumes that the EU’s legally binding greenhouse gas emissions and renewables targets to 2020 are met. It also assumes a constant decrease in CO2 emissions as well as strong reduction in final energy demand due to successful energy efficiency policies. This is equivalent to WindEurope’s Low Scenario and can be considered a conservative forecast estimate.

Wind energy growth forecasts for both on-shore and off-shore markets in 2030 broken down by leading countries are provided in the figure below. Germany, UK, Netherlands, and Sweden are the North Sea countries who are expecting to maintain a leading role in wind energy market by 2030. 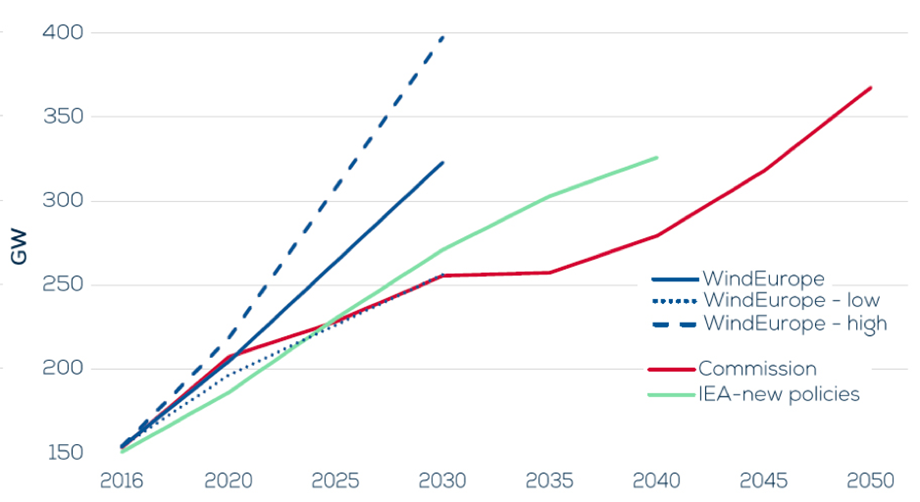 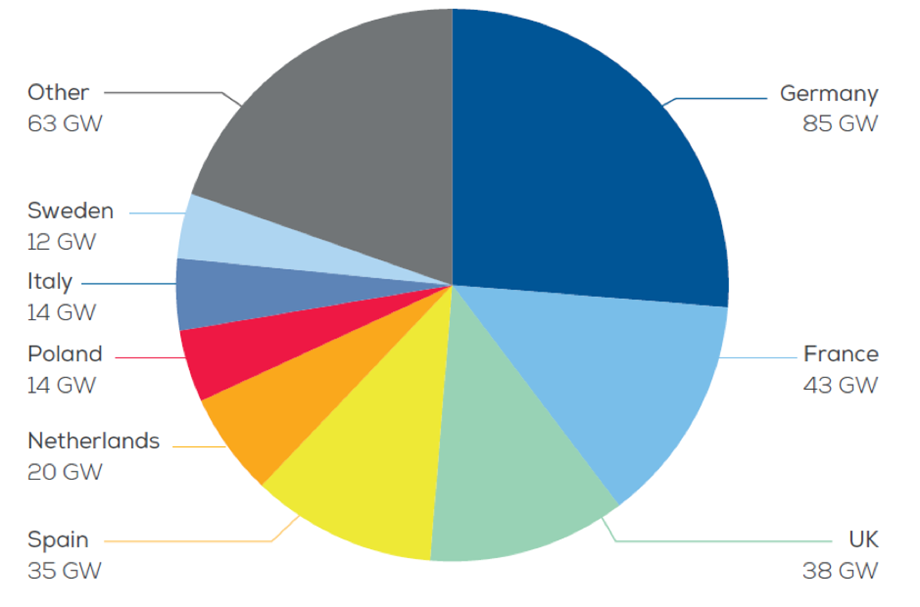 The European Union has significantly increased its support for ocean energy over the past years through grant schemes for both early stage development and deployment. Moreover, ocean energy can tap into risk capital financing through the European Investment Bank. Most North Sea countries (Belgium, Denmark, Germany, the Netherlands, Norway, and the United Kingdom) have set-up funds to promote ocean energy research and innovation. Alongside these, a number of national support schemes facilitate deployment of pilot ocean energy projects.