Wind energy (both onshore and offshore markets) already meets 10.4% of the EU’s power demand and is the most competitive source of new power generation. It is also thought that technology costs will decline further provided there continues to be a robust home market in the EU.

European offshore wind has seen a strong and steady growth since the early 2000s. By the end of 2016, 81 offshore wind farms with a total of 3,589 offshore turbines have been installed and are grid-connected in 10 European countries, making a cumulative total of 12,631 MW.

All top 5 European countries with the largest amount of installed offshore wind capacity are bordering the North Sea. The UK leads with the largest amount of installed offshore wind capacity in Europe, representing 40.8% of all installations. The vast majority of UK installed developments are found in English waters, but significant developments are expected in Scotland. Germany follows with 32.5%. Denmark remains the third largest market with 10.1% and the Netherlands (8.8%) and Belgium (5.6%) follow in the fourth and fifth places, respectively. Countries follow similar ranking in terms of cumulative installed wind turbines. Combined, the top five countries of the North Sea represent 97% of all grid-connected turbines in Europe.

A map of all offshore wind farms in operation, under construction and consented within the North Sea Region can be found below. 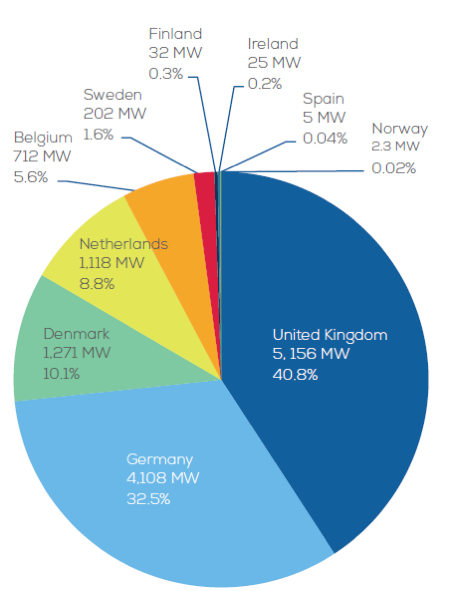 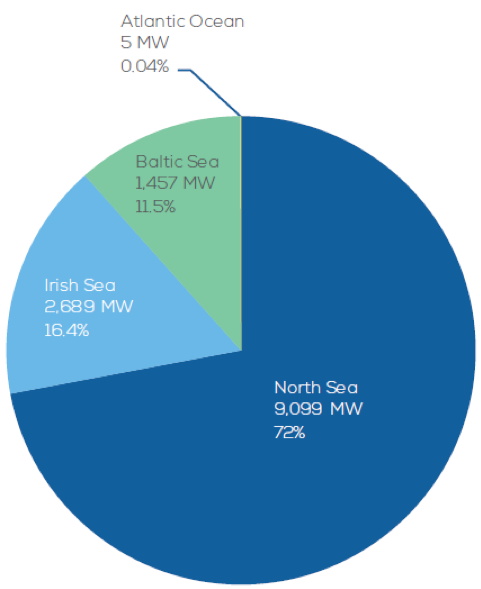 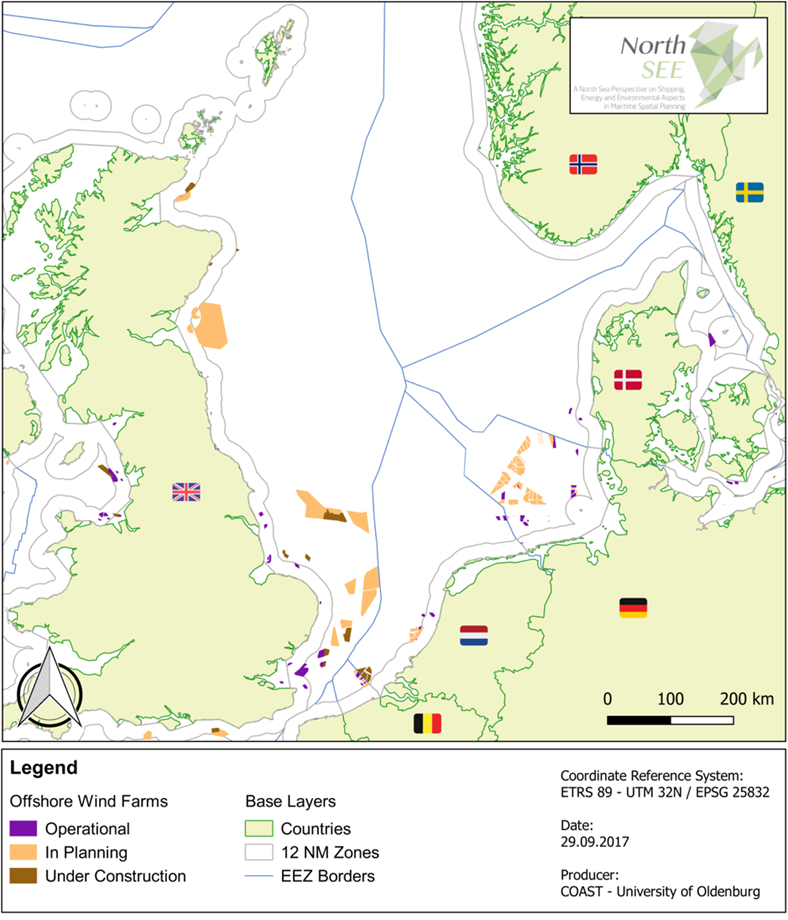 Figure 11: Map of offshore wind farms (in operation, under construction and consented in the North Sea Region.