The North Sea as a region is a net exporter of electricity where energy is exported to meet demands outside the region. In terms of country size, the Netherlands is the greatest exporter of electricity with also Germany being a big exporter. In terms of importing electricity, the UK and Belgium are the greatest importers. However it should be noted that this does not necessarily mean that they rely on energy from other countries. Prices of neighbouring markets are lower making it more economic to import than to produce electricity with their more expensive national generators.

Figure 8. Import/Export balance in TWh by NSR countries and other countries in the NSCOGI Reference Scenario for the year 2030 with grid 2020 capacities (North Seas Grid Study, NSCOGI 2012).

A well interconnected grid is crucial for sustainable development and decarbonising the energy mix as it enables the grid to accommodate increasing levels of variable renewables in a more secure and cost-efficient way. Relying on renewable sources for a greater part of the generation mix contributes to meeting the EU climate goals, by reducing CO2emissions, and moreover increasing security of supply. Higher interconnections are also essential to meet the EU ambition to be world leader in renewable energy, which is not only a matter of a responsible climate change policy but also an industrial policy imperative.

Table 2. Interconnectivity levels for electricity in NSR countries (except Norway) in 2017 (European Commission 2017).

Interconnection in NSR countries was also compared based on their interconnection capacity in terms of number of cables existing now that are fully commissioned, cables that are under construction, and future planned cables. Figure 9shows that Denmark has a large amount of interconnection capacity, which is deemed crucial in facilitating the large share of wind power in the Danish generation mix. It currently has the most interconnector cables compared with other North Sea countries and can therefore be deemed to have a higher level of energy security. The least interconnected country is Belgium with the fewest existing and planned interconnectors between countries. Sweden and Norway are beginning to catch up in the medium term and the UK and Germany have more planned interconnectors in the future. The UK has relatively poor levels of interconnection. This is partly explained by its geographic position as island states. Interconnectors to Norway are particularly popular. This can be explained by the country’s high share of flexible, low-cost hydro power generation capacity and pumped storage facilities to accommodate increasing shares of intermittent renewable electricity production. Benefits of interconnector expansion are the increase in cross-border trade capacity, resilience of grid and able to cope with variable renewable electricity production. 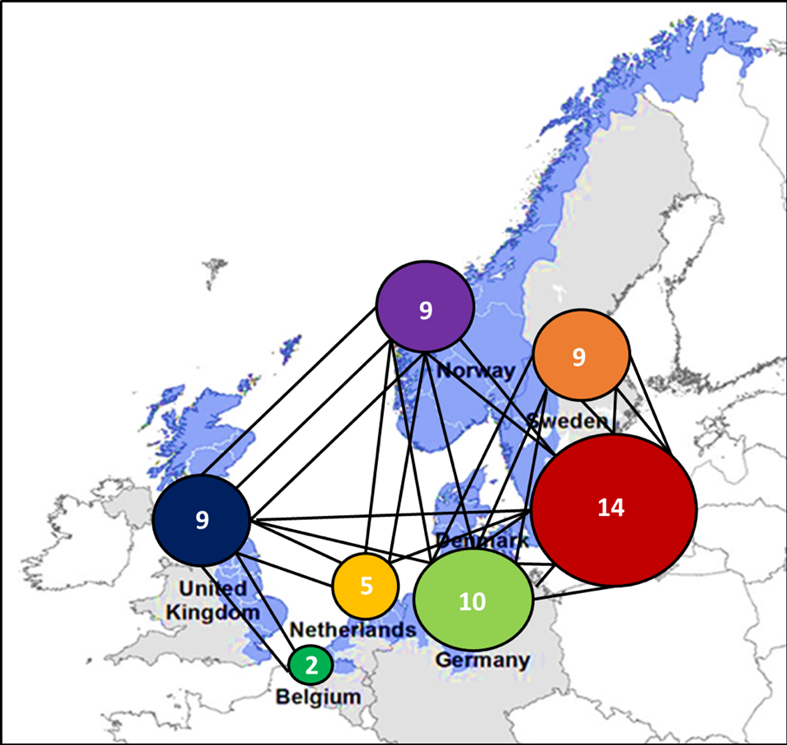 Figure 9. Existing, under construction and future planned electricity interconnectors in the North Sea. Circle and number representative of number of interconnectors.

In order to obtain the 15% interconnection target, Projects of Common Interest (PCIs) in energy infrastructure were proposed as the method of implementation. PCIs are key cross border infrastructure projects – selected every two years - that link the energy systems of EU countries. They are an important EU tool for accelerating the deployment of energy infrastructure and ensuring the delivery of secure, clean and affordable energy across European borders [18].

The project must have a significant impact on energy markets and market integration in at least two EU countries, boost competition on energy markets and help the EU's energy security by diversifying sources as well as contribute to the EU's climate and energy goals by integrating renewables. The selection process gives preference to projects in priority corridors, as identified in the Trans-European Networks for Energy (TEN-E) strategy. PCIs located in the NSR can be seen in Figure 10and are as follows: 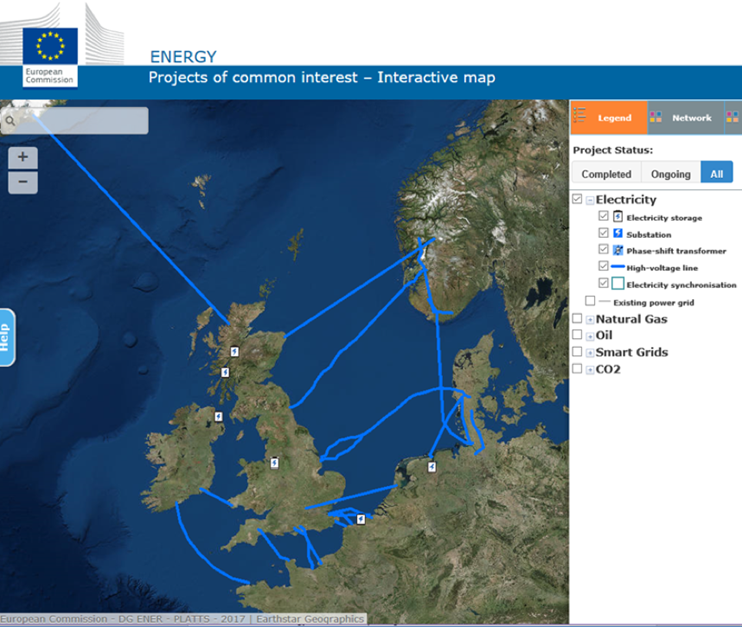 The swift implementation of the PCIs will be necessary for the connection of the European energy markets and is one of the political priorities in 2018, as many of these infrastructure projects are orientated towards improving electricity interconnection between the Member States