For maritime spatial planning it is important to consider the routing of existing and planned subsea interconnectors and offshore wind connections in the NSR. These types of offshore linear energy infrastructure can cover more area that the offshore wind farm itself, involves crossing country borders, passing through environmentally sensitive areas and interacting with other marine activities and users.

Offshore wind farms are connected via transmission assets to the shore which usually consist of array cables to an offshore substation (see Figure 4). The offshore substation acts as a transformer to convert the voltage level of electricity to allow it to be brought to shore via an export cable. The onshore station then transforms that electricity to the required voltage to be connected to the grid. In the German section on the North Sea, converter stations have been built to convert AC from several parks to DC and export to shore over longer distances. For smaller offshore wind farms built inshore, cables can be bundled and run directly to the shore without the need for an offshore substation. 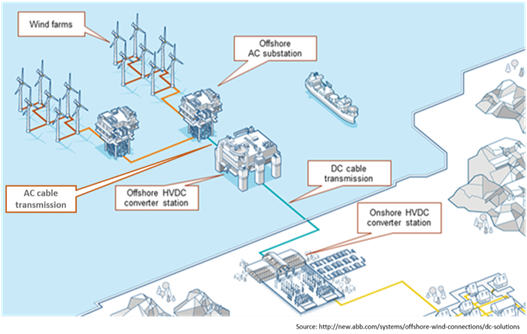 Electricity interconnectors are the physical links which allow the transfer of electricity across national borders (see Figure 5for an example of an interconnector transmission system). This exchange of power helps to ensure safe, secure and affordable energy supplies. They also facilitate cross-border energy exchange from areas with surplus production to areas with supply shortfalls. Examples are times of planned or unplanned outages, or during times with low production of renewables, especially wind and solar energy. In terms of the North Sea, interconnections provide a crucial increase in interconnectivity between the smaller and relatively isolated British and Irish power systems (with already high shares of wind generation), the hydro-dominated Scandinavian systems, and the Continental European countries going through a rapid conventional-to-renewables shift. Table1shows an inventory of existing transnational electricity interconnectors in the North Sea which are fully commissioned. Currently (as of March 2019) there are 11 fully commissioned interconnectors. Also as shown, Denmark is the most popular country to connect to due to its large share of renewable energy.

Figure 5. Diagram showing a typical interconnector transmission system. This is an example of the Nemo Link between the UK and Belgium which is under construction 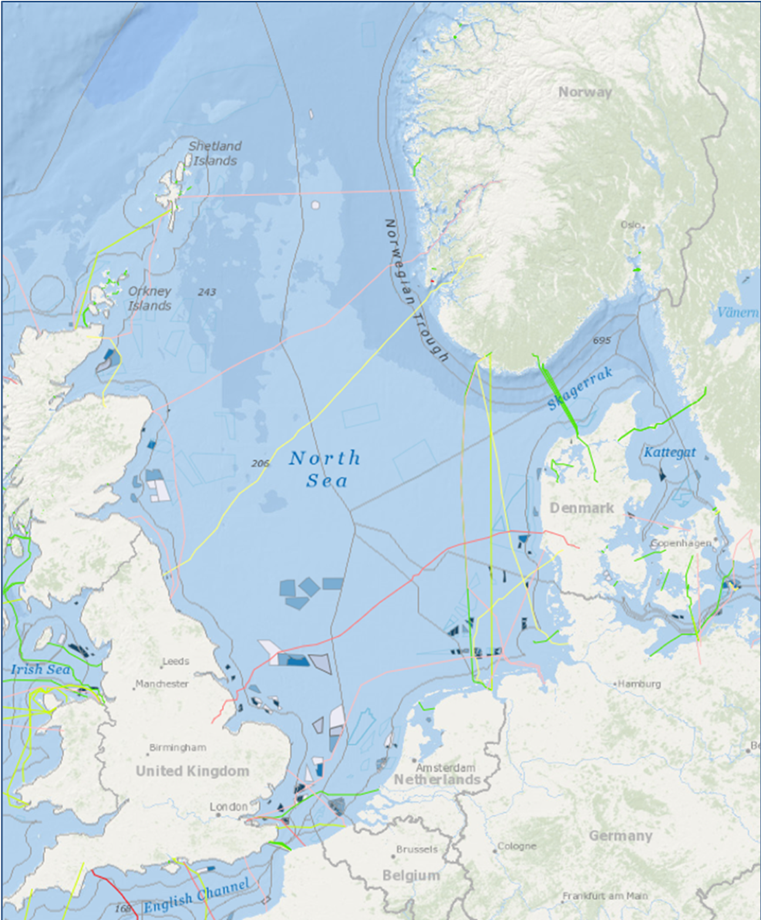 Landfall points are locations where cables come onshore to connect to the grid and in the North Sea, these are in high demand and are already limited in capacity. There is also a variety of factors which make it challenging to identify appropriate locations for large converter stations and sites to connect to the grid such as offshore environmental and geophysical constraints and onshore planning permission. In Scotland for example, there are only two landing points to facilitate North Sea connections,Peterhead and Cockenzie. However, Peterhead is already very full and Cockenzie is situated in a challenging location and therefore an unlikely connection point. The next available connection point is Hull in England.  In Germany some landfall points are currently used in Lower-Saxony and Schleswig-Holstein. They have still some capacities, however they are limited. Landfall points across the NSR can be seen in Figure 2. 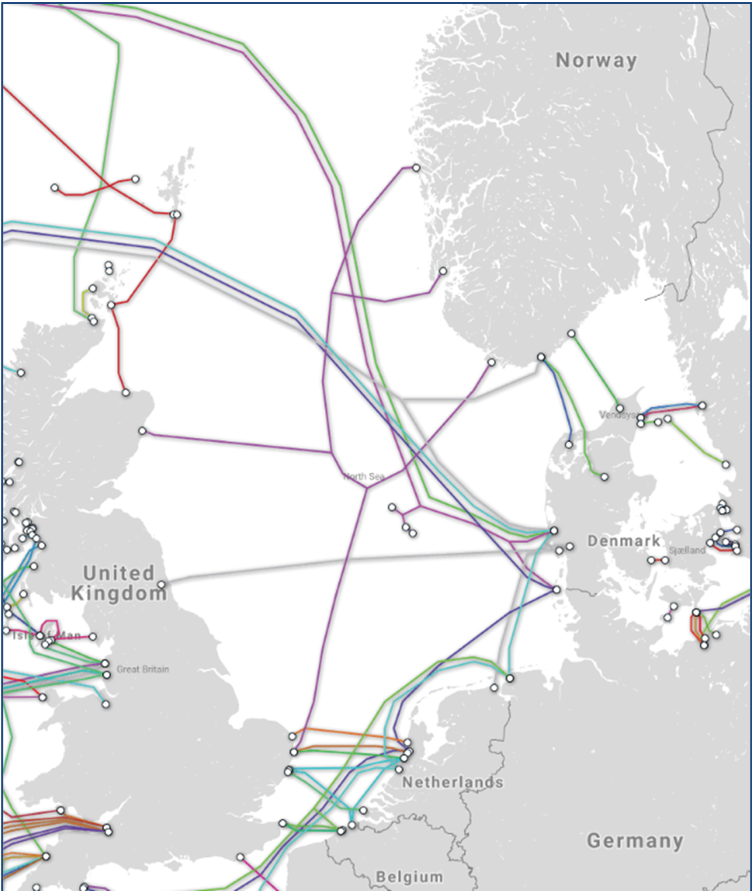 As part of their Spatial Offshore Grid Plan, Germany has designated a series gates which act as connecting points for cables to travel through from their EEZ to TW. Every cable or pipeline has to use gates for crossing the border. This has a bundling effect to reduce the use of space and also minimise the demand for landing points.