This section compares government-led (Section 3.1) and industry-led targets and growth aspirations (Sections 3.2 and 3.3) for 2020 and 2030. Furthermore, considerations of the space requirements needed for meeting industry forecasts for 2020 and 2030 are presented.

According to the information presented, there appears to be a mismatch of the level of aspirations between government and industry (Figure 34). Most governments (with the exception of Belgium), have set a lower 2020 national target of installed offshore wind capacity in comparison to the one industry is advocating via WindEurope trade body. Apart from Germany, no other NSR country has set a 2030 national target, introducing uncertainties post 2020. 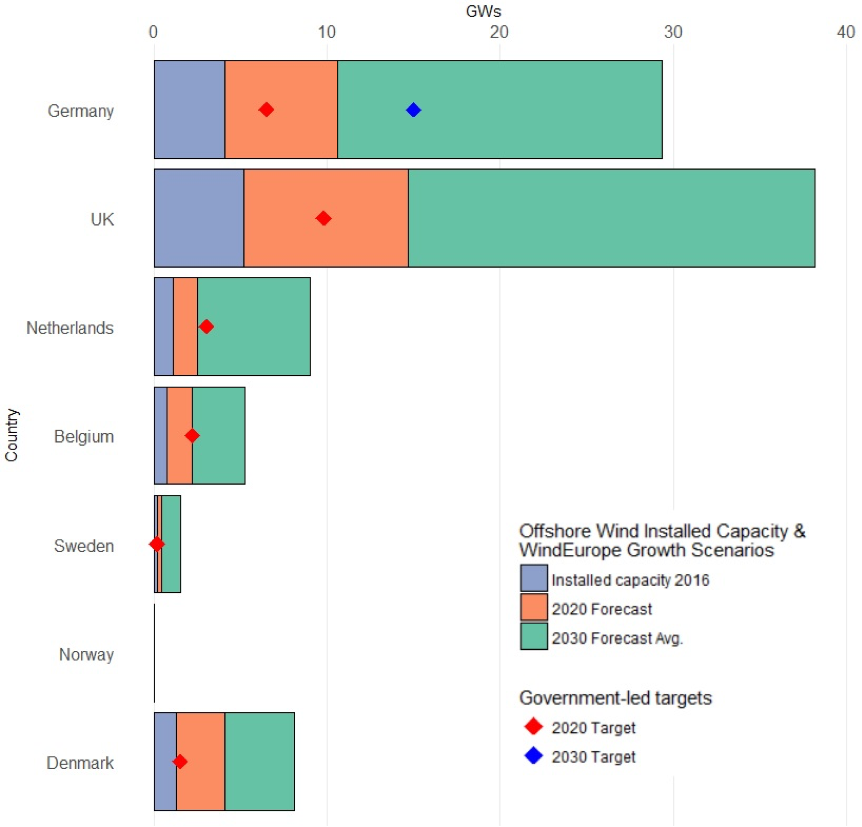 Figure 34: WindEurope’s offshore wind installed capacity forecasts for 2020 and 2030, compared to national government targets of the countries of the North Sea.

WindEurope’s Central scenario for offshore wind installed capacity, as presented in Figure 34, is the best forecast to fulfil North Sea’s ‘Blue Growth’ highest potential, in terms of largest installed capacity at the shortest time period (see also Figure 27 and Figure 28). Under any growth forecast, large offshore space will need to be identified for the further deployment of offshore wind farms in the North Sea Region by 2020 and 2030.

The NorthSEE consortium focused on WindEurope’s central scenario to estimate the space requirements for fulfilling 2020 and 2030 growth targets in the NSR. Assuming that the spacing of wind turbines will remain at 1 km distances in the years to come, space requirements were calculated for incremental offshore wind turbines size scenarios (7 MW to 15 MW). Figure 35 shows the resulting cumulative space requirements under an average scenario. The North Sea is roughly 750,000 km2 in total and the total space occupied by offshore wind farms is ca. 3,500 km2 by 2020 and over 8,000 km2 by 2030. 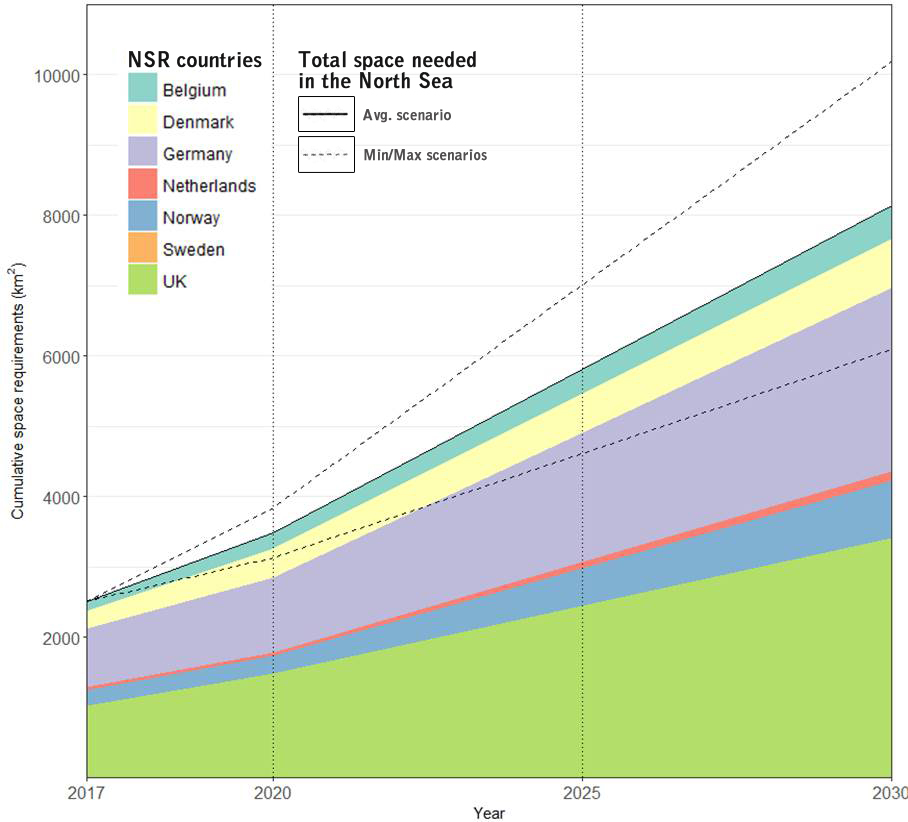