The Landkreis Northeim is planning to implement an electric car-sharing and a rental service for conventional bicycles as a pilot project. For this purpose, a local partnership within the project between the Landkreis and the Regional Public Transport Authority (ZVSN) was established. The pilot project runs under the name MOPINO (MOVE-Pilot-Northeim) and will be implemented from August 2020 till December 2021. An independent car or bike-sharing system without a special user group would not be viable under the current conditions in Northeim. For this reason, the new sharing offer attempts to attract special target groups such as students as well as anchor tenants such as the Landkreis Northeim. In addition to better occupancy rates, the aim is also to make the area more attractive to live in. By trying to link the existing public transport offer with the new sharing options, multimodal chains of routes are to be facilitated.

Together with the city administration, Landkreis Northeim determines suitable charging locations in the city. Three charging stations for e-cars and three conventional bike sharing points are planned in Northeim. For the pilot phase, the existing infrastructure of public utilities Northeim will be used. The additional charging options are to be developed in close cooperation with the local energy provider and the City Administration of Northeim. 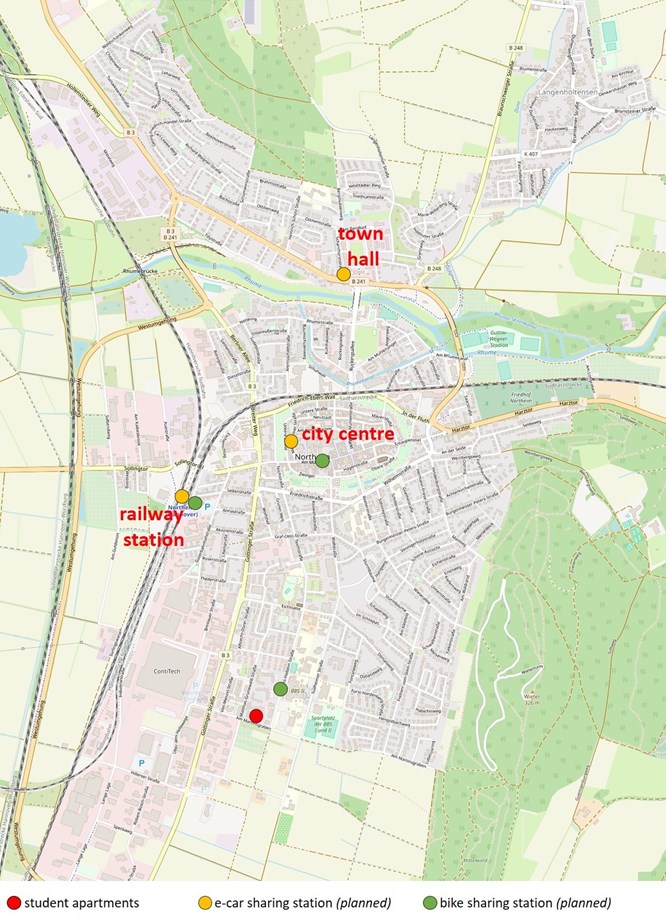