13 March 2020 - Published by Evite van Winkoop
On Thursday 13 February 2020, the municipality of Rotterdam organized the finalization of 3,5 years Like! project. During this event, they showed how the Like! project affects the citizens of Rotterdam in a creative and interactive manner. Around 80 visitors joined the final event in which vulnerability, experimenting and out of the box thinking stood central.

Together with the collective of “IkBenWij” the Like! partners in Rotterdam organized this event in which the citizens of Rotterdam were really central. By means of pre-recorded interviews with people on the streets of Rotterdam and an actor presenting the role of the citizens, we discussed to which extent civil servants are including citizens in their public service delivery. As a (local) government, we are representing one organization and have to work together to organize the public service delivery in the best possible way. 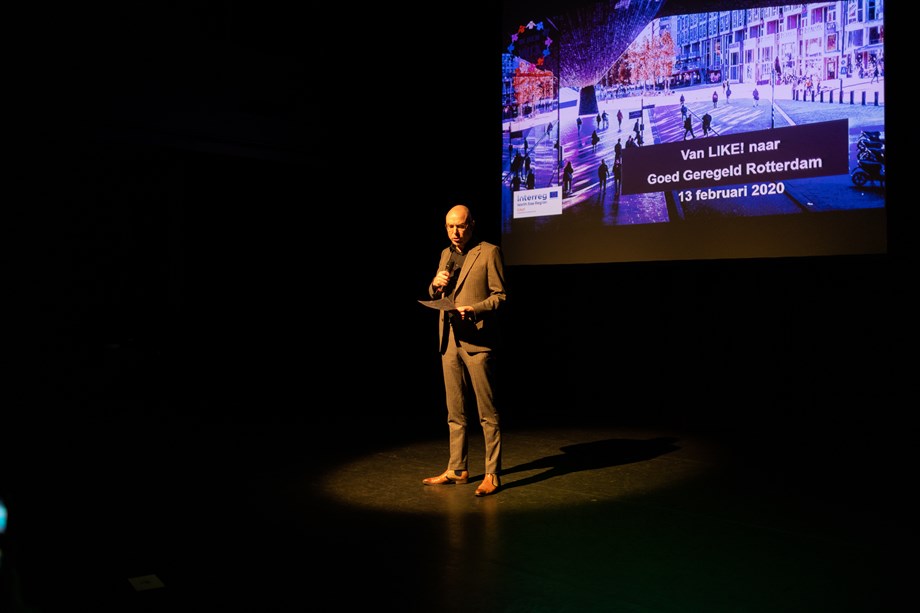 The best practices from the Like! project have been presented and officially handed over to the public service delivery department of the municipality of Rotterdam (#GoedgeregeldRotterdam). This department will further work with and implement the lessons learned from Like! In this way, Like!’s legacy is imbedded in the organization.

Besides this official transfer of pilots and ideas from the Like! project to the municipality of Groningen, pilots are also captured in a creative format. Spoken-word artist “Insayno” has produced poetry based on the various pilots. Would you like to read more? One of his poems will be published in Like!’s final magazines.