29 January 2020 - Published by Evite van Winkoop
The rise of digital technology and service delivery brings with it new opportunities for engaging citizens. One of these new engagement tools is the online participation platform CONSUL. The municipality of Groningen just finished their first pilot with this online engagement tool and Nephtis Brandsma (product owner digital democracy) and Martijn Radstake (project manager digital democracy) of the municipality share their first experiences in this article.

Online citizen engagement is an important part of the Like! project. The testing of new engagement tools and multi-stakeholder participation has been done in Angus (Scotland) by implementing Participatory Budgeting (PB) and in the city of Groningen through the tooling of CONSUL. The online tooling CONSUL is an open source platform through which (local) governments can engage more easily with their citizens. The platform offers a variety of features; participatory budgeting, facilitating debates, proposals, voting and collaborative legislation and is used all over the world. The aim of testing with these new forms of digital democracy is to expand stakeholder participation in digital services, covering multi-stakeholder governance, digital democracy and trust. CONSUL and the PB project have a different approach to citizen engagement, but work closely together on these goals. 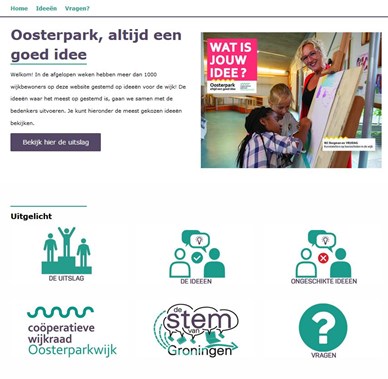 “In the Groninger neighbourhood ‘Oosterparkwijk’ the ‘Cooperative Council Oosterparkwijk’ takes decisions for the district. The council consists of 11 voluntary citizens of the Oosterparkwijk (12.000 inhabitants) who are selected via sortition, together with 6 elected members of the city council”, says Nephtis. The Cooperative Council Oosterparkwijk is part of a democratic experiment in the city of Groningen, and is unique in the Netherlands. They take the important decisions for the district and have a yearly budget. In order to involve the citizens of the neighbourhood more in spending this budget, the Cooperative Council requested support from the municipality to spend 25.000 euro’s via the online platform of CONSUL. Nephtis and Martijn organized this first pilot and are very enthusiastic about the first findings.

The pilot ‘Always a good idea’ entailed the participation of the citizens of the Oosterparkwijk; they could come up with ideas to improve their neigbourhood. Martijn and Nephtis expected around 25 ideas, but 65 citizens came up with new initiatives. After an accessibility check of the projects by the neighbourhood council, 23 ideas we selected to enter the voting process. “In order to make sure all inhabitants of the Oosterparkwijk were able to vote, the council very actively promoted the pilot via online and offline media” explains Martijn. And this worked! Around 1.000 citizens cast their vote via CONSUL, and citizens who weren’t as digitally skilled, could vote at the local neighbourhood team office. 11 initiatives were voted best ideas and will be executed by the neighbourhood council. 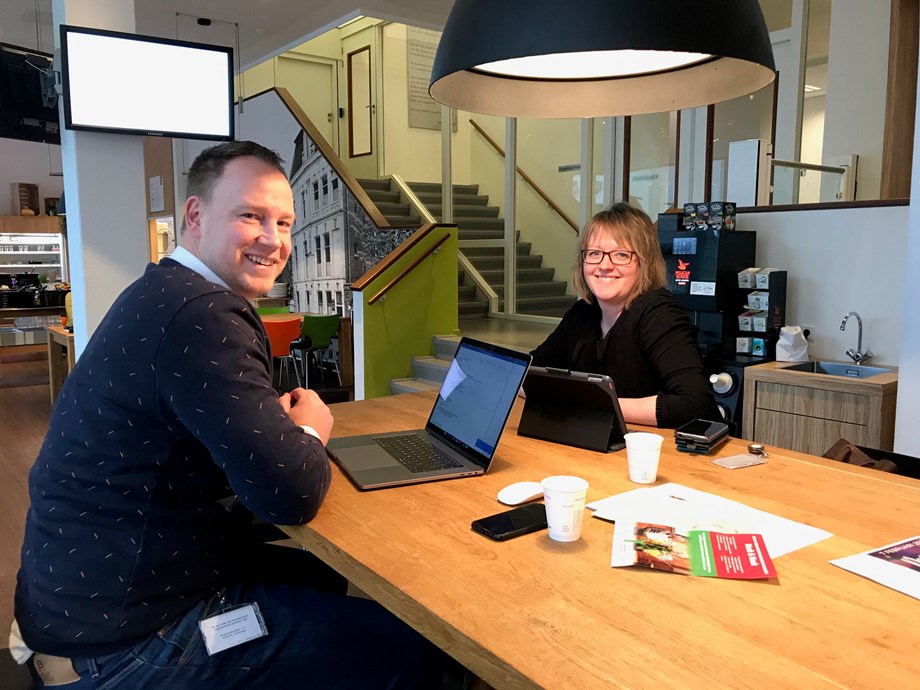 The CONSUL platform is facilitated by the municipality. Neighbourhoods in Groningen can request the municipality to develop CONSUL for their citizen engagement projects, like the Oosterparkwijk. “However, CONSUL is not suitable for all projects”, says Martijn. “We sometimes receive a request from parties who ‘just want to collect the opinion of citizens’, but this is not always citizen participation.” It should be very clear to citizens what their vote/opinion/input is worth and how heavy their participation weighs in the process. This also means that our colleagues must be able and willing to change directions based on what citizens are saying. 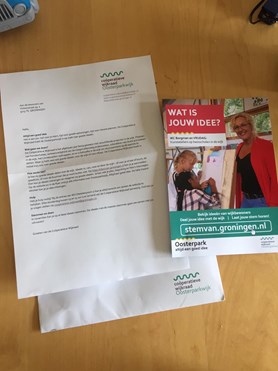 Martijn explains that the process design needs a lot of attention. “In this pilot, we have changed the democratic process by lowering the threshold to initiate an idea. Usually, in these kinds of processes, you ask for a number of support pledges of citizens (for example, an x amount of likes or supports) so that you can better estimate which ideas are popular among citizens and which are only supported by two or three citizens. However, by letting this go (and simplifying the process for the citizens), it resulted in many ideas and created a lot of work for the neighbourhood council to check feasibility of the ideas. On the one hand, this resulted in a very inclusive process; all initiatives had the same accessibility-check. But the next time we will organize the democratic process differently by creating a threshold to increase the quality of the feasibility checks and simply because it takes so much manpower.”

“Another lesson we learned,” says Nephtis, “is that the goal and the democracy-process should be very clear beforehand.” Why do you want to engage with your citizens, to what extent, what will you do with their input, how does the feedback-loop look like, etc. After sorted out these kinds of questions, it is more easy to sort out the features needed in CONSUL and to design the platform and the democratic process. Besides, it should be clear to citizens what is being done with their input (how heavy does their vote weigh in the decision-taking) to enhance the trust in citizen participation.

Martijn and Nephtis are looking for new pilots to test the CONSUL platform. But finding the right topics and the right purpose of the platform, appears to be challenging. Asking the right questions is most important for identifying suitable pilots. Together with other national municipalities in the Netherlands, CONSUL will be further developed with support of the national ministry. On a European level further cooperation takes place with Angus County Council and other European cities. Are you interested in the topic? The instruction manual on digital democracy in which the pilot of CONSUL and PB are explained will be published soon on our website.